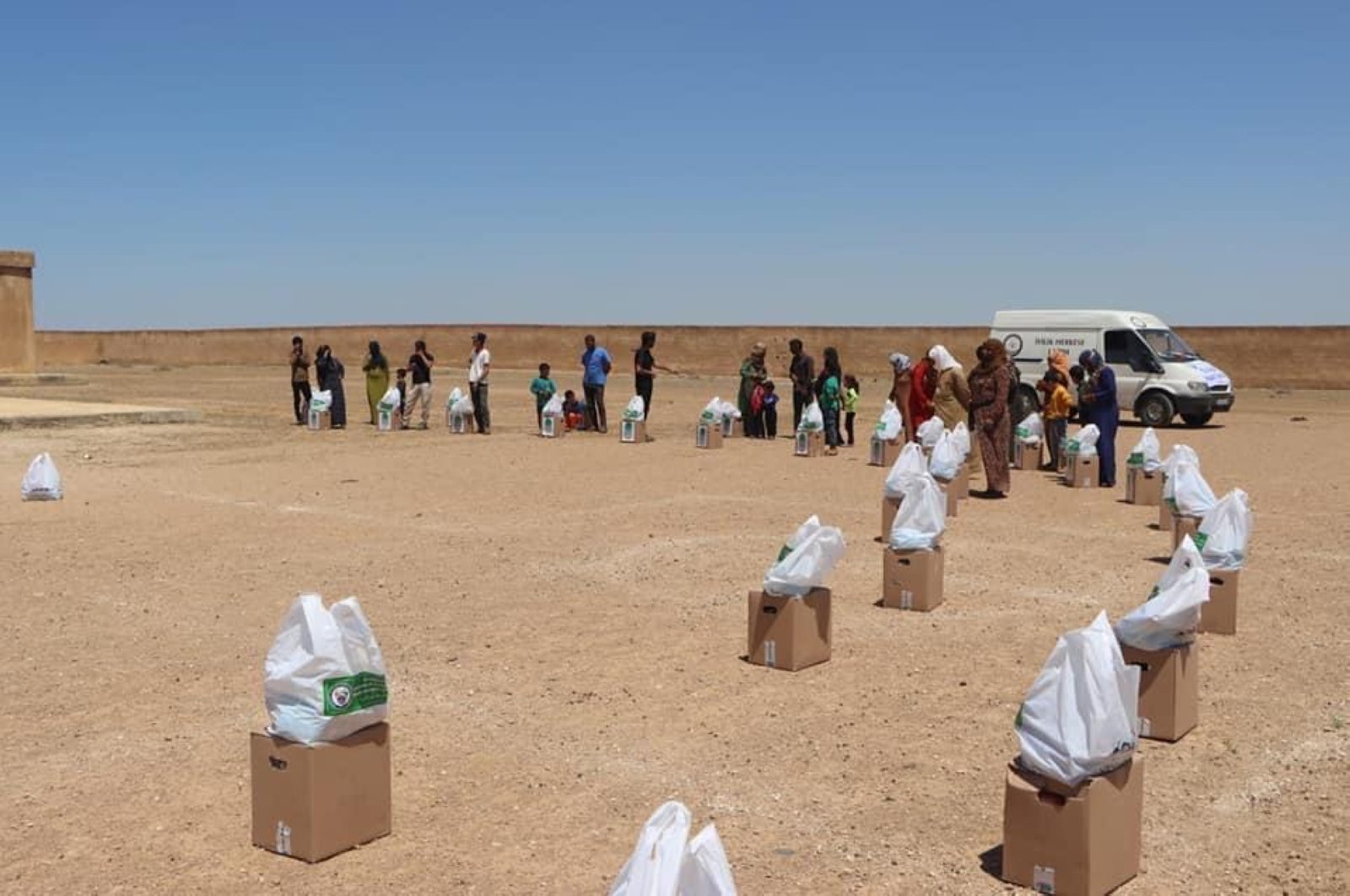 Locals wait for the distribution of humanitarian aid provided by a Turkish group in northern Syria, May 20, 2020. (AA Photo)
by Anadolu Agency May 20, 2020 1:52 pm
RECOMMENDED

The aid – which includes staples such as flour, sugar and oil provided by the Aziz Mahmut Hüdayi Foundation – was distributed in the areas of Tal Abyad and Ras al-Ayn, under the coordination of an aid platform based in the Turkish province of Şanlıurfa just across the border.

Osman Gerem, head of the Şanlıurfa Humanitarian Aid Platform, told Anadolu Agency that the coronavirus outbreak had hampered their aid work but that the group had found ways to reach people in need with the help of some large nongovernmental organizations.

Syria has been ravaged by a civil war since early 2011 when the Bashar Assad regime cracked down on pro-democracy protesters.

Hundreds of thousands of people have been killed and more than 10 million displaced, according to estimates by the United Nations.

Over the course of its more than 40-year terror campaign against Turkey, the PKK – listed as a terrorist organization by Turkey, the U.S. and the European Union – has been responsible for the deaths of 40,000 people, including women, children and infants. The YPG is its Syrian offshoot.