Turkish humanitarian organizations send aid to Syrians ahead of winter 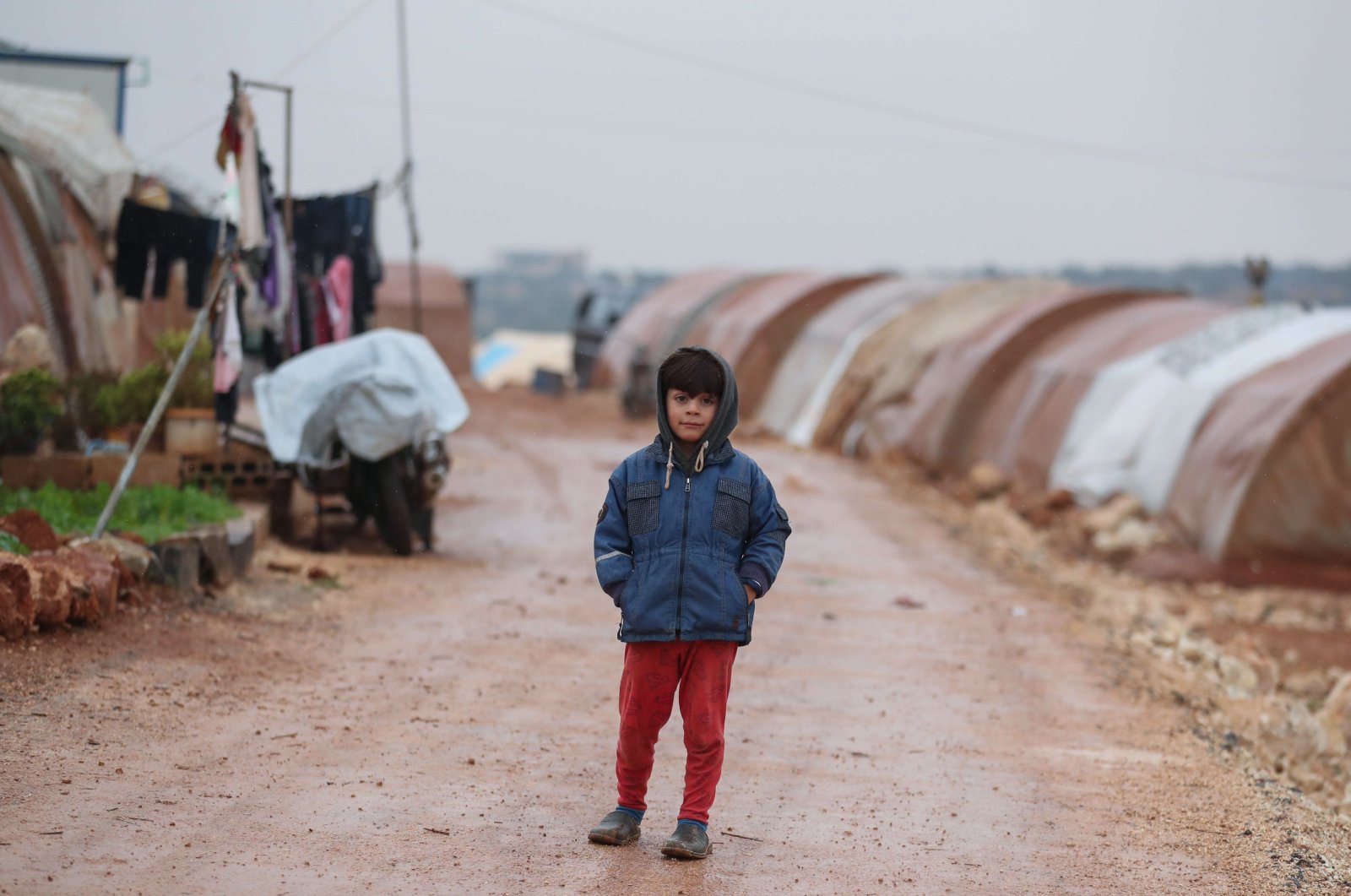 A boy poses for a picture at the Batinta camp for the internally displaced after heavy rainfall in northwestern Idlib province, northern Syria, Nov. 26, 2020. (AFP Photo)
by DAILY SABAH WITH AA Dec 07, 2020 1:51 pm
RECOMMENDED

The Federation of the Associations That Value Humanity (IDDEF) and the Beşir Association have accelerated their humanitarian efforts in Syria ahead of winter.

The IDDEF started a winter campaign to aid the needy in Syria’s Idlib, as well as in Yemen and Gaza.

According to the association’s statement, the aid includes food packages, winter clothes, blankets and firewood.

“We are on the side of our Syrian brothers who try to survive in camps in the mud especially during winter months. Families that had to migrate to Idlib’s rural areas due to bombardments struggle to survive within mud and rain amid hard winter conditions and cold weather,” IDDEF stated, noting that the association constructed 598 brick houses and tents in northern Idlib province.

Idlib, the last opposition bastion, has been battered by repeated military offensives from the Bashar Assad regime and is home to nearly 4 million people, most of them displaced and living in tent camps or unfinished buildings.

The Beşir Association, on the other hand, sent an aid truck including winter clothes and boots to the areas of Turkey's Euphrates Shield, Olive Branch and Peace Spring operations in northern Syria.

Hüsamettin Taştemir, the Istanbul European side coordinator of the association, was quoted by Anadolu Agency (AA) as saying: “In this region where the destruction of war is felt so deeply, all kinds of aid made to bandage the wounds of the people here are returning to the people of Turkey with greetings and prayers.”

Syrian civilians who are displaced and living in overcrowded makeshift tent camps struggle with heavy rain and floods while awaiting food, clothing and firewood. Tents that are unsuitable for winter conditions often catch fire while civilians try to warm themselves or get flooded with mud due to the region’s strong winds and rains.