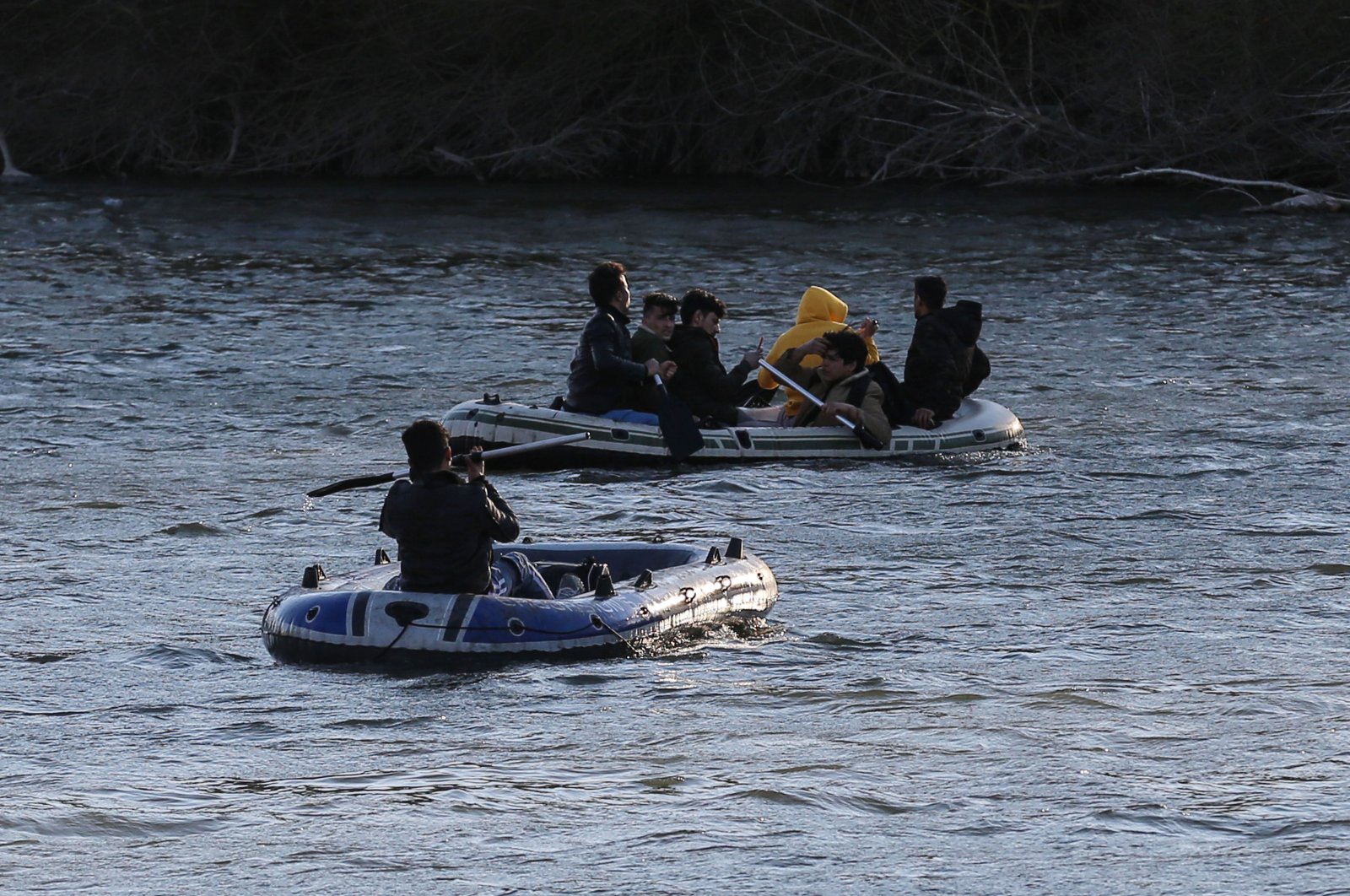 Migrants and refugees are seen on rubber boats on the Maritsa River located between Turkey and Greece, March 4, 2020. (AA Photo)
by daily sabah Aug 10, 2020 2:33 pm
RECOMMENDED

Interior Minister Süleyman Soylu criticized the European Border and Coast Guard Agency, also known as FRONTEX, for its inhumane treatment of migrants and refugees, saying that the European Union agency was established to whitewash the crimes of member states.

Speaking at the inauguration ceremony of a police training academy in the capital Ankara on Monday, Soylu said Greece and FRONTEX were intentionally abandoning migrants and refugees in the middle of the Aegean Sea to face death.

“Unfortunately, they sink boats and leave 30 to 40 people to die. This is brutishness,” Soylu said.

The interior minister continued by saying there have been reports of vessels witnessing FRONTEX forces sinking boats and leaving migrants in the middle of the sea.

“The agency they established serves only a single purpose and that is to cover up their scandals and whitewash them,” Soylu said, adding that he has instructed his ministry to reduce their relations with FRONTEX to the minimum level because they have exploited Turkey’s goodwill.

“We have put forward all types of efforts to exchange information with them, but we have come to realize that there is no reason to have senior-level relations with an institution that turns its back on humanity,” Soylu said.

Outraged by the Greek coast guard’s brutality, Coast Guard Command told them over the radio that Turkey would raise the issue on international platforms.

Ankara already hosts more than 3.5 million Syrian migrants, more than any other country in the world, and says it cannot handle another wave.