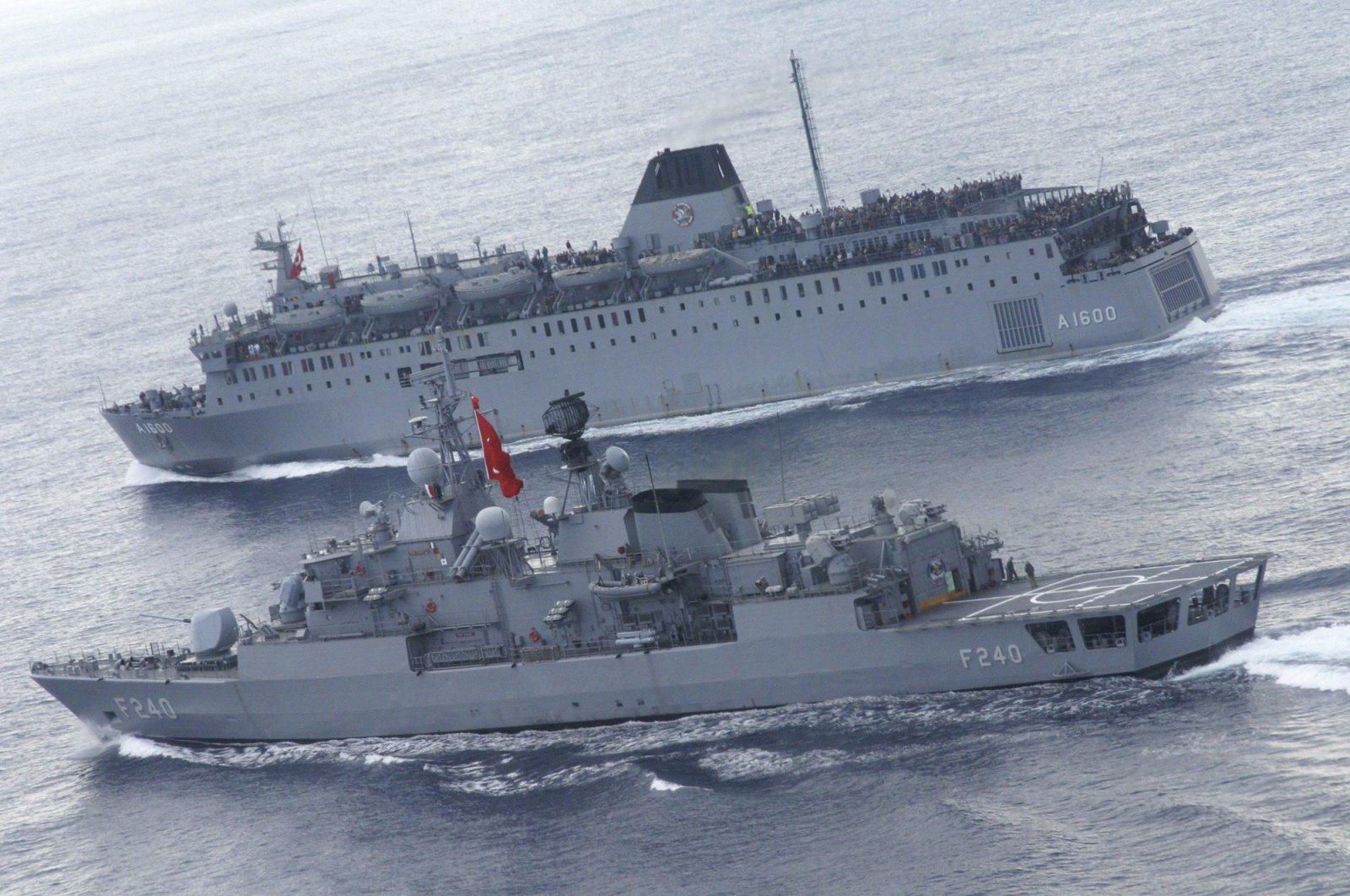 Turkish Navy personnel carrier TCG Iskenderun is escorted by the TCG Yavuz frigate as it sets sail in the Mediterranean Sea on its way to the Port of Marmaris, in Muğla province, southwestern Turkey, in this undated photo. (Reuters Photo)
by DAILY SABAH WITH AA Sep 11, 2020 12:04 pm
Edited By Nurbanu Tanrıkulu Kızıl
RECOMMENDED

Turkish forces have conducted a search and rescue exercise off the coast of Libya, the National Defense Ministry announced Friday.

"Within the scope of the activities conducted by the Turkish Naval Task Group, a search and rescue exercise was carried out by TCG GEMLIK Frigate operating off the shore of Libya along with a helicopter stationed on the ship," the ministry said in a tweet.

Turkey supports the internationally recognized government based in the capital Tripoli and a non-military resolution of the crisis.

The operation comes as Turkey also carried out a joint drill with the Turkish Republic of Northern Cyprus (TRNC) earlier this month.

Meanwhile, the Greek military also held joint drills with France in the Eastern Mediterranean. The August exercise, which included two French Rafale fighter jets, was held off the island of Crete after Paris announced that it would beef up its military presence in the region.

France in late August also deployed military jets to the Greek side of the island of Cyprus under the pretext that it was holding a drill with Greece and Italy, which was criticized by Turkey for being contrary to the 1960 treaties on Cyprus.

Furthermore, Greece and the U.S. also held military drills south of Crete in August. The exercise included the participation of a Greek frigate and submarine, helicopters from both countries, F-16 fighter jets and the USS Winston S. Churchill.