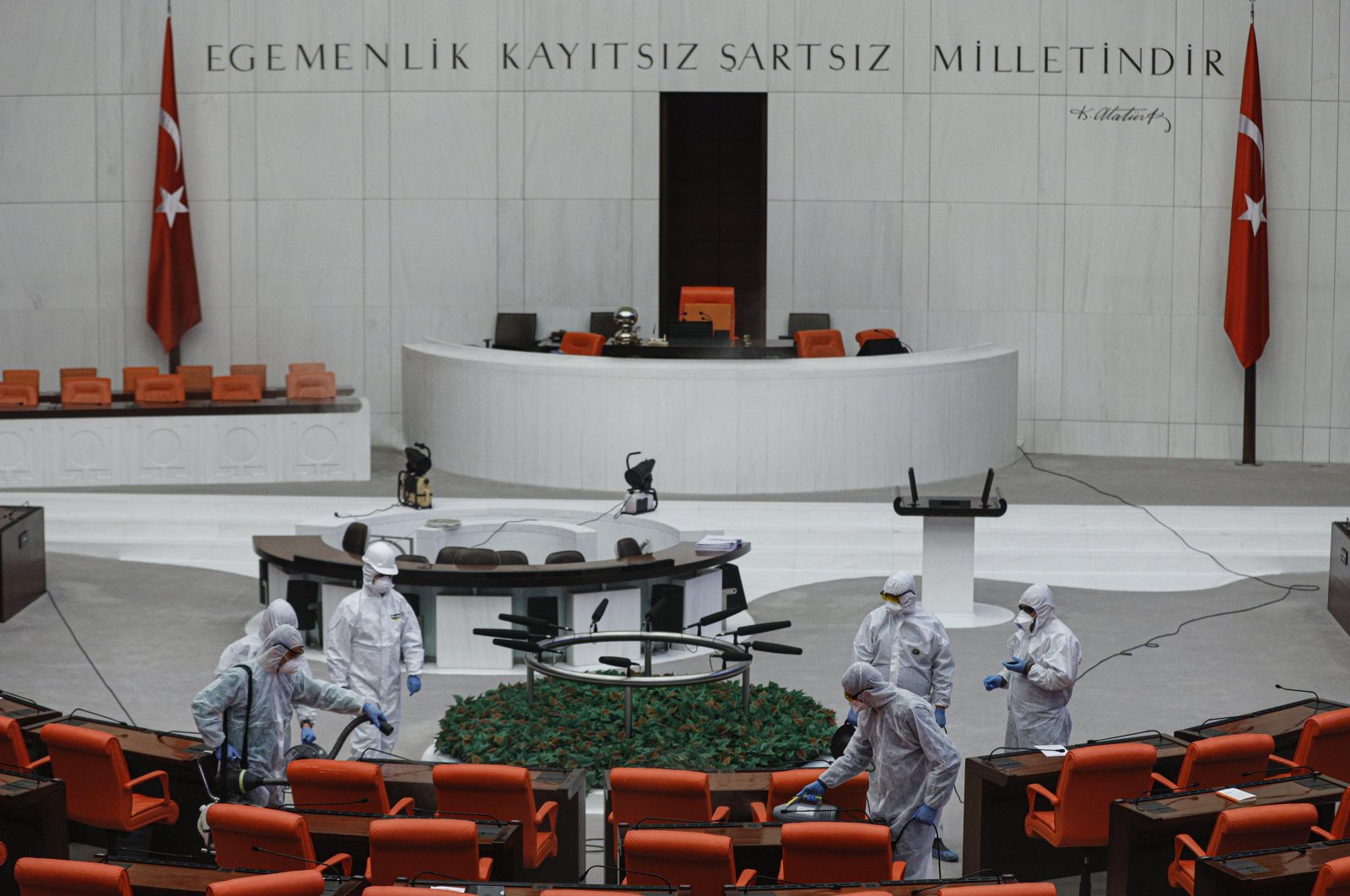 The Turkish Parliament has taken extensive measures to prevent the spread of the coronavirus. Political parties have canceled parliamentary group meetings scheduled for this week. The General Assembly, in the meantime, will continue working with the minimum staff as part of an agreement reached between different parties.

Parliamentary group meetings, a crucial element of Turkish politics, involve speeches by party leaders about ongoing national and international developments. They are held weekly and are broadcast live, keeping the public in touch with the latest political developments.

The ruling Justice and Development Party (AK Party) has canceled its meeting scheduled for March 18. Party sources said if the meeting may be held after next week without any visitors.

AK Party group meetings are held in the largest hall since it has the most lawmakers, and visitors from nongovernmental organizations (NGOs), municipal officials and students.

“Nine deputies who recently went abroad for compulsory meetings are currently isolated in their homes and will stay isolated as per the health ministry’s guidelines,” Bostancı added.

Last week, the Grand National Assembly of Turkey said no visitors would be allowed in Parliament until March 31.

The Turkish Parliament has been strictly enforcing measures against the coronavirus. Three staff, who were referred to the hospital, tested negative for the virus, a statement by Parliament confirmed.

Meanwhile, the CHP is planning to reschedule its ordinary congress planned for the end of this month.

MHP is also paying a lot of attention to measures against the coronavirus, disinfecting the entire party headquarters while urging members to refrain from close encounters.

The government earlier closed schools for two weeks starting on March 16, while universities were closed for three weeks.