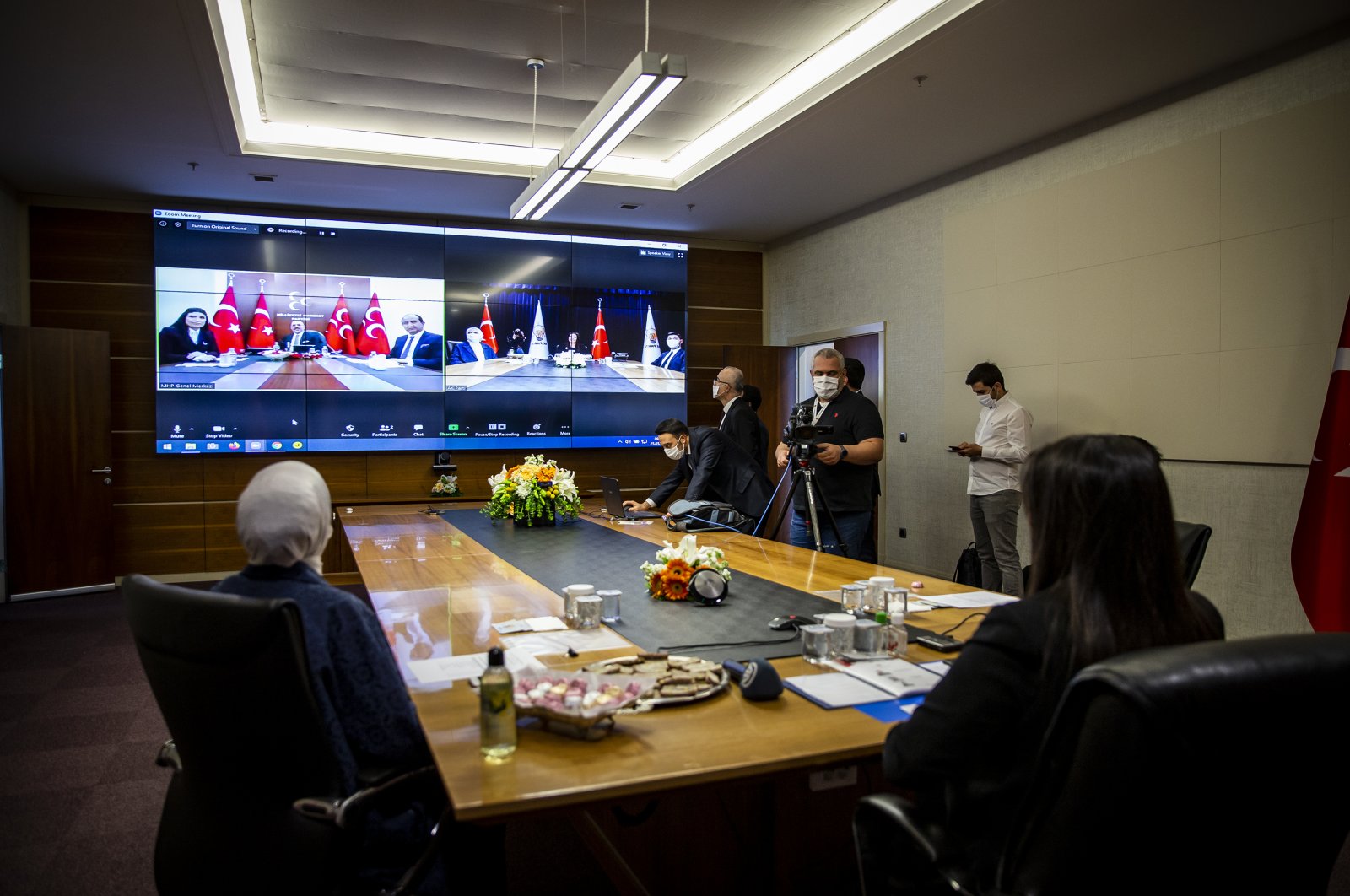 Turkish politicians jumped on the bandwagon and exchanged holiday greetings through videoconference as the country celebrates Ramadan Bayram, also known as Eid al-Fitr, under a four-day nationwide curfew to control the COVID-19 outbreak.

In the teleconference, Sarıeroğlu said they hope the world will never have to go through such an extraordinary situation again, as she added that Turkish political parties have set an example in embracing the tradition of exchanging holiday greetings despite the lockdown.

However, she added that since she is unable to offer Eid desserts this year, she owes the CHP delegation a tray of special Adana delights next year.

Ramadan Bayram is the first Muslim religious holiday to fall victim to the COVID-19 pandemic bearing down on the world. A joyous occasion marking the end of the Islamic month of fasting, Ramadan Bayram became a somewhat muted event spent at home for millions.

Restrictions in place to prevent the coronavirus from spreading meant an end to centuries-old traditions for the faithful. Instead of visiting parents, children, relatives and friends, Muslims in Turkey – and around the world – opted to use technology to exchange warm wishes.

Political parties, politicians and state institutions continue to take precautions as the number of coronavirus cases in the country continues to decline.

Politicians opt for teleconference meetings rather than face-to-face meetings and avoid handshakes, keeping a personal distance of at least 1 meter (3.3 feet), as per the advice of health experts.

Currently, there are a total of 156,827 confirmed cases in the country with 118,694 of them having recovered, according to Health Minister Fahrettin Koca.