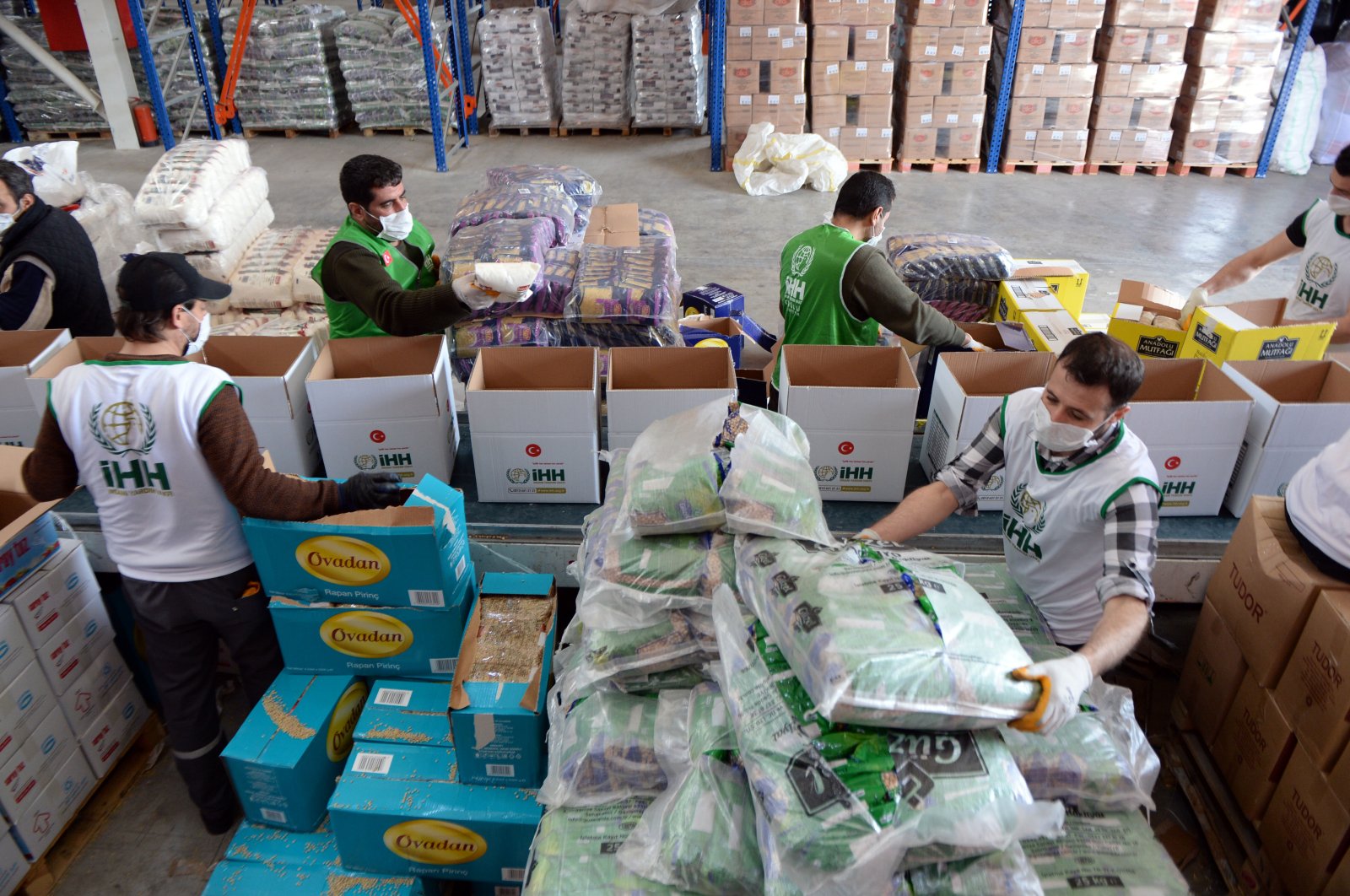 Mayors, lawmakers and at least one party leader have all pledged to donate their monthly salaries to help those in need and set an example for others as Turkey deals with the coronavirus pandemic

Turkish politicians have united under a common cause, pledging to donate their monthly salaries to the needy amid the ongoing coronavirus pandemic.

The spirit of solidarity against a common enemy has united Turkish politicians under the same cause, as lawmakers, mayors and others have pledged to donate a portion of their salaries to those financially affected by the global pandemic.

Felicity Party (SP) Konya Deputy Abdülkadir Karaduman was one of the first politicians to announce that he was “ready to donate one month’s salary to the needy” after the coronavirus outbreak in Turkey.

Democrat Party (DP) Chairman and Afyonkarahisar Deputy Gültekin Uysal followed Karaduman’s lead and said he would donate one month’s earnings in the fight against the virus.

“Turkey needs to be transformed via the dynamics of ‘Creative Destruction’ to both solve ongoing problems and to manage the current crisis we are facing, with a comprehensive and inclusive atmosphere amid great traumas and destruction!” Uysal said on his Twitter account.

The DP chairman continued by saying it was necessary for all politicians to toe the line and make the sacrifices that they ask of others to ensure that their decisions were effective.

Justice Minister Abdulhamit Gül also said he would donate his salary this month.

“I will pitch into this spirit of solidarity and sharing by donating my month’s pay to the Humanitarian Relief Foundation (İHH). There’s no you, no me, there is only us. We are Turkey together,” Gül said.

The Humanitarian Relief Foundation (İHH) has launched a campaign to provide assistance to families who have been laid off as a result of the virus outbreak, pledging to distribute TL10 million ($1.54 million) in total.

Trabzon’s Of district Mayor Salim Salih Sarıalioğlu donated his monthly salary to municipal staff as part of the move to help the public amid the ongoing crisis.

In a statement echoing that of Gül, Sarıalioğlu said he had made the donation to support the needy and emphasize the spirit of solidarity, unity and sharing in difficult times.

“I wanted to make a contribution in this struggle and I hope many others think like me. If those who are able to can share what they have, then we can strengthen and overcome anything. There’s no you, or me, there is only us. We are Turkey together,” the mayor said.

“I donated my three months’ pay to contribute to the efforts as our country is going through a difficult period as a result of the coronavirus pandemic. May our state prevail and our nation survive,” Bayram said on Twitter.

Nevşehir Mayor Rasim Arı launched the “Penny-bank from the heart” campaign to support families who lost their jobs as a result of COVID-19 by donating a month’s salary.

Arı said municipal officials, including civil servants, engineers, workers and administrators, would also pitch in and make donations to support the needy in the province. He noted that they would issue grocery vouchers with donations to families in need.

“Kindness will prevail everywhere all the time,” Arı said.

The mayor of northern Çorum province, Halil İbrahim Aşgın, also said he has donated his monthly salary to the destitute overwhelmed by the coronavirus pandemic, Anadolu Agency reported.

The Çorum Municipality bought food supplies, diapers and baby formula with Aşgın’s donation, according to Deputy Mayor Turhan Candan, who received the supplies before they were delivered.

“As a municipality, we have had to take new precautions given the current situation as a result of the pandemic and the fact that Ramadan is approaching. To this end, we are seeking donations from the economically more stable,” Candan said, adding that the mayor sought to take the lead and set an example for others.

Candan noted that around 8,000 families benefitted from the municipality’s food bank, highlighting that diapers and baby formula were urgently needed.

The deputy mayor said the Turkish nation embraced the hadith of the Prophet Muhammad, who said: “He is not a believer whose stomach is filled while the neighbor goes hungry.”

“We have no doubt that our people will help their neighbors when they are in need,” he added.

Koçarlı District Mayor Nedim Kaplanalso also donated his monthly pay to the municipality’s coronavirus efforts, while announcing that he would ensure a bonus payment for those working in the field.

“Without doubt, we will become stronger by sharing these days, as unity and fraternity have become especially important,” Kaplan said in a statement, adding that sharing would help society overcome tough times.

Kaplan thanked those who work day and night amid the coronavirus outbreak, as he reminded them to keep their social distance and practice hygiene to protect themselves.

Political parties, politicians and state institutions have been taking precautions as the number of coronavirus cases in the country has surpassed 9,000.

Politicians currently opt for teleconference meetings rather than face-to-face meetings and avoid handshakes, keeping a personal distance of at least 1 meter (3.3 feet), as per the advice of health experts.

A minimum number of lawmakers will continue to hold debates on the economic omnibus bill in Parliament. Amendments, in line with President Recep Tayyip Erdoğan's recommendations, may be made to the bill later, according to sources.

As Ankara increased its measures to curb the outbreak, the Interior Ministry has ordered the nationwide closure of almost all social spaces, including cafes, cinemas, gyms and wedding halls. The ministry earlier ordered all bars, discos and nightclubs across all provinces to be closed down as well. The country’s top religious authority, the Presidency of Religious Affairs (DİB), also announced a ban on prayer gatherings, including Friday prayers, while leaving mosques open to people who want to perform daily prayers.

Turkey has also closed schools and universities and restricted public transport. The country has also imposed a 24-hour curfew for people aged 65 or over as well as for those with chronic illnesses. In Istanbul, people aged 65 or over, with limited financial means, will receive food packages delivered directly to their homes, Gov. Ali Yerlikaya said. The campaign covers nearly 50,000 people and will last for six weeks.

Stalls at local bazaars and marketplaces must be at least 3 meters apart and are not allowed to sell nonessential items, such as clothing, the Interior Ministry announced late Thursday. Food can only be sold in packages.

In some cities and towns, police officers at checkpoints have started thermal screening for people arriving from out of town. In a bid to raise awareness, traffic lights in most cities now flash messages urging people to stay home.