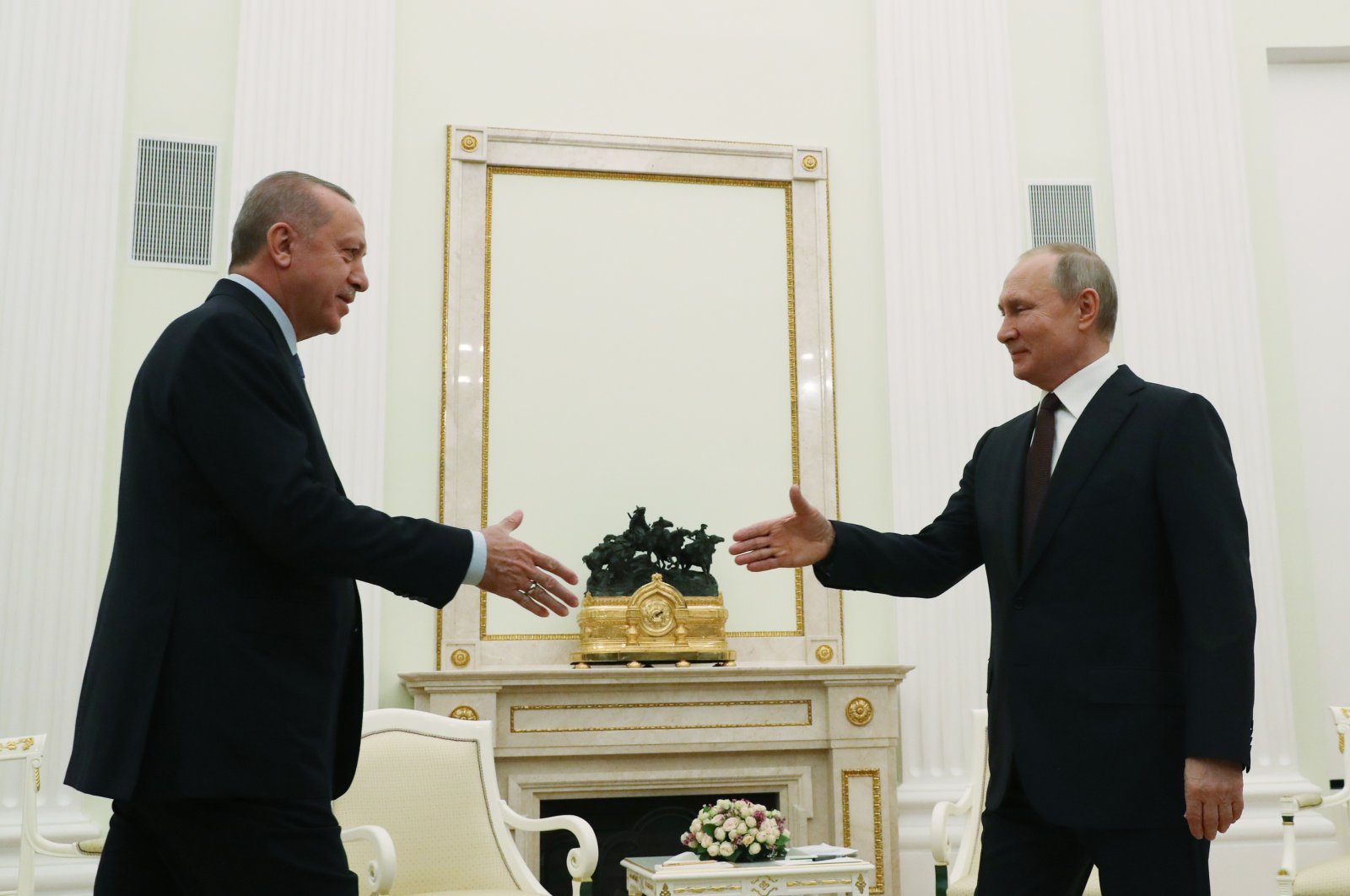 President Recep Tayyip Erdoğan and his Russian counterpart Vladimir Putin met in Moscow and began talks over a potential cease-fire in northern Syria.

In his opening remarks at the Kremlin, Putin thanked Erdoğan for accepting his invitation for talks on the recent escalation.

"Thank you for coming. There is always something to talk about, but now the situation in a well-known area – Idlib – has escalated so much that it requires our direct, personal conversation," he said, offering his condolences over the fallen soldiers.

"The loss of life is always a great tragedy. Unfortunately, as I told you on the phone, no one, including the Syrian military, knew about their (Turkish soldiers) whereabouts," he added.

Putin went on to say that the Syrian regime forces have suffered great losses in Idlib, the last opposition stronghold in Syria.

"We need to talk about the situation that has developed to date so that nothing like this happens again, and so that it does not destroy the Russian-Turkish relations, which I, and as I know, you too, treat very carefully," he said.

The Russian leader said the meeting will start with one-on-one talks and then continue in an expanded format.

Erdoğan said the decisions taken at the meeting will ease tensions in the region and in Turkey.

The two leaders are set to discuss the recent developments in Syria, including cease-fire violations in the Idlib de-escalation zone, a stronghold of opposition forces in the war-torn country since 2011.

Turkey, which has the second-largest army in the transatlantic NATO alliance, has funneled troops and equipment into the region in recent weeks to resist the Syrian regime advance and avoid a wave of refugees across its southern border.

Besides civilian casualties and the influx of asylum seekers along Turkey's borders, the breach has also resulted in the deaths of more than 34 Turkish soldiers in Bashar Assad regime attacks. In response, Ankara launched Operation Spring Shield against regime targets in northwestern Idlib province.

Turkish soldiers are stationed in northwestern Syria to protect the local population and counterterrorist groups. Ankara has urged Russia to uphold the peace agreements and ensure an immediate cease-fire in the region.

So far, Erdoğan and Putin have worked closely to try to resolve the nine-year conflict, managing to coordinate their interests by avoiding direct confrontation between their forces in Syria, even though Moscow has backed the Bashar Assad regime while Ankara has supported opposition groups. Both Russia and Turkey appear eager to avoid a showdown despite conflicting interests in Idlib province, making it difficult to negotiate a mutually acceptable compromise.