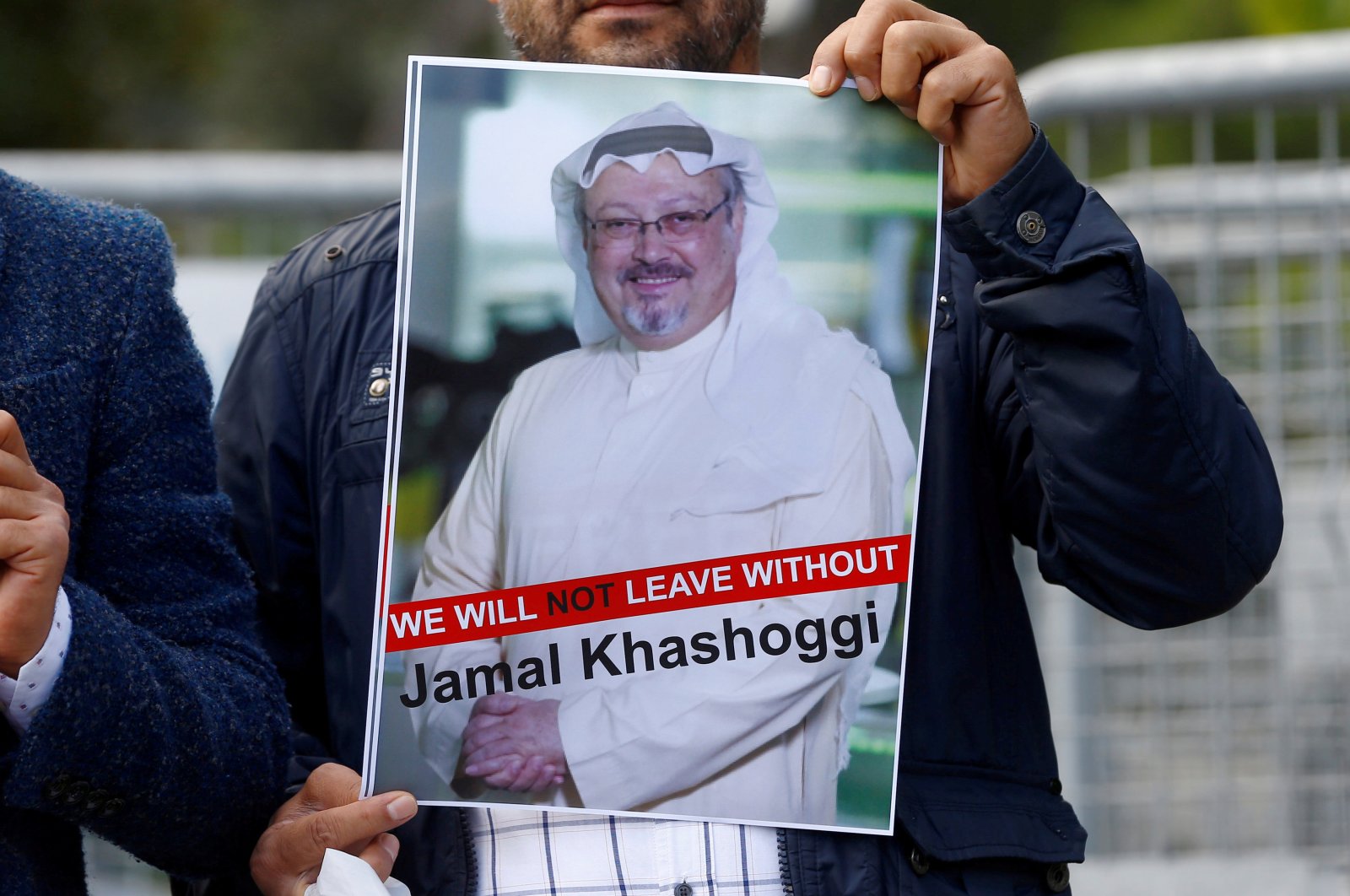 A demonstrator holds a picture of Saudi journalist Jamal Khashoggi during a protest in front of Saudi Arabia's consulate in Istanbul, Oct. 5, 2018. (Reuters Photo)
by Daily Sabah with Agencies Mar 25, 2020 10:45 am
Edited By Nurbanu Tanrıkulu Kızıl
RECOMMENDED

In a statement, Istanbul Chief Public Prosecutor İrfan Fidan said the investigation into the Saudi journalist’s murder has concluded. Turkey carried out its own investigation after dissatisfaction about Saudi Arabia's vague explanations and controversial statements.

It accuses 18 others of carrying out the killing of Khashoggi, a U.S. resident and columnist for The Washington Post, the prosecutor's office said in a statement.

All suspects, however, have left Turkey, and Saudi Arabia has rejected Turkish calls for their return to face trial in Turkey. Riyadh insisted the kingdom’s courts are the correct place for them to be tried and has put 11 people on trial over the killing.

Eighteen other suspects – including intelligence operative Maher Mutreb who frequently traveled with the crown prince on foreign tours, forensic expert Salah al-Tubaigy, and Fahad al-Balawi, a member of the Saudi royal guard – were also charged with "deliberately and monstrously killing, causing torment."

They face life in prison if convicted.

Mutreb, Tubaigy and Balawi had been among 11 people on trial in Riyadh. Western officials said many of those accused defended themselves by saying they were carrying out Assiri's orders, describing him as the operation's ringleader.

Five unnamed people were sentenced to death in Saudi Arabia in December while three others were handed jail terms totaling 24 years over the killing.

Qahtani had been investigated but he was not charged by the Saudi authorities because of "insufficient evidence" while Assiri was charged but eventually acquitted on the same grounds.

The Turkish prosecutor said a trial in absentia would be opened against the 20 suspects but did not give a date.

The prosecutor has already issued arrest warrants for the suspects, who are not in Turkey.

A Red Notice has been issued by Interpol for the 20 suspects involved in the murder, while the indictment asks Saudi authorities to extradite the suspects.

Meanwhile, the U.N. human rights investigator who led the international probe into the murder of Khashoggi welcomed Turkey's indictment of the 20 Saudi nationals, saying it was needed as a "counterbalance to the travesty of justice at the hands of Saudi Arabia."

In a statement to Reuters, Agnes Callamard, U.N. rapporteur on extrajudicial killings, urged U.S. authorities to release their findings on responsibility for the death of The Washington Post columnist in October 2018, "including the responsibility of Saudi Arabia Crown Prince Mohammed Bin Salman."

To this day, Khashoggi's body has not been recovered, and the kingdom has remained silent on its whereabouts.