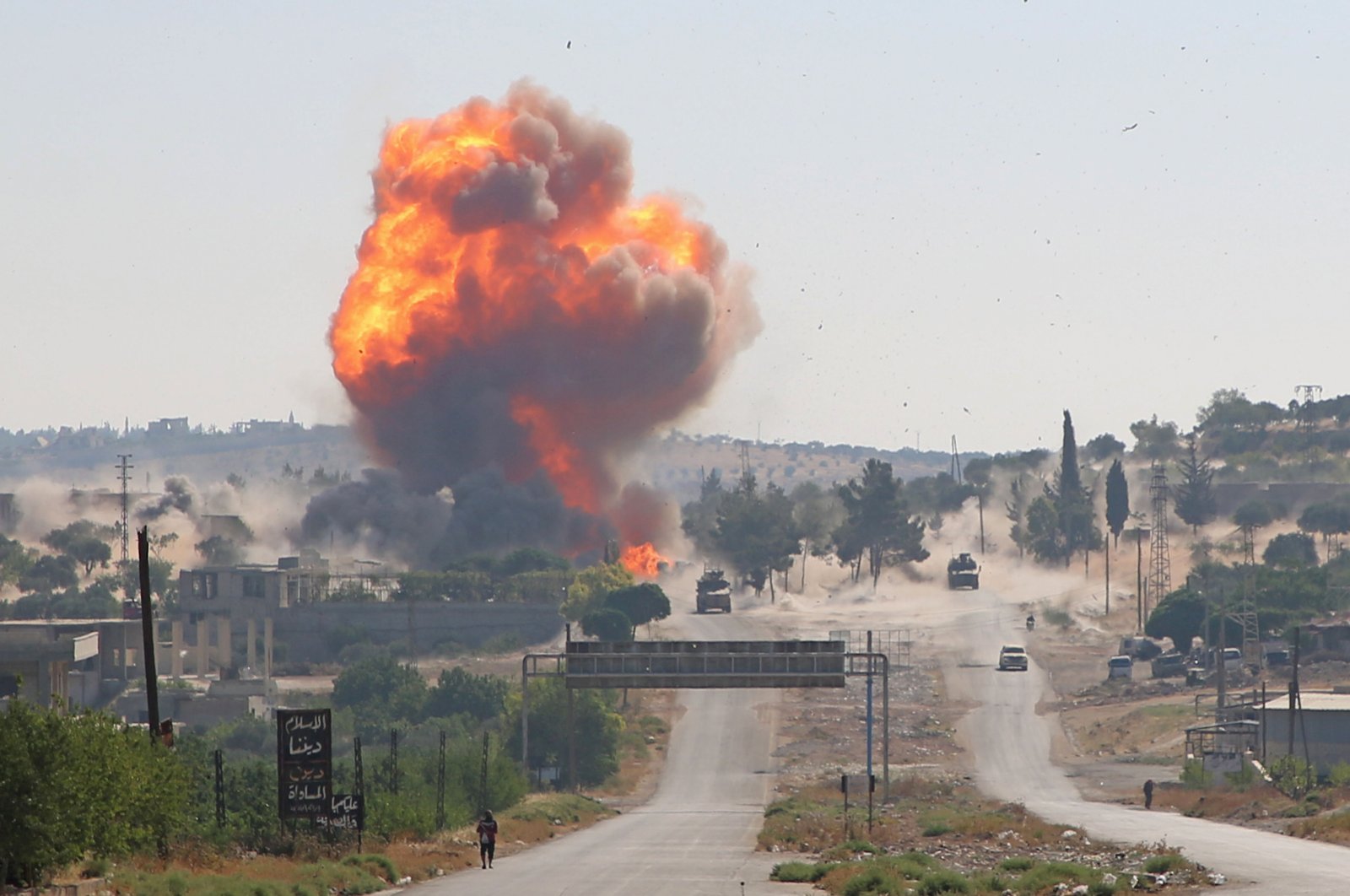 A fireball erupts from the site of an explosion reportedly targeting a joint Turkis-Russian patrol on the strategic M4 highway, near the Syrian town of Ariha in the opposition-held northwestern Idlib province, July 14, 2020. (AFP)
by Daily Sabah with Reuters Jul 14, 2020 11:27 am
RECOMMENDED

Several Turkish soldiers were also injured in the blast, it added.

"Three Russian soldiers were slightly injured. There are also wounded among the crew of the Turkish armored car," RIA said, adding that all victims were promptly evacuated from the area.

"Russian troops were taken to the Khmeimim air base, where they received all the necessary medical care. There is no threat to their life," the agency added.

Turkish troops and allied Syrian opposition captured parts of the highway in October when Ankara launched an operation in northeastern Syria to drive away YPG/PKK terrorists.

The M4 links Syria’s coastal region all the way east to the Iraqi border.

Earlier on March 6, Ankara and Moscow agreed on a protocol urging parties to "cease all military actions along the line of contact in the Idlib de-escalation area."

An unconfirmed social media video of the attack circulated by Russia's RIA Novosti news agency showed a powerful explosion near a convoy of armored vehicles.

Two Turkish sources, however, claimed that there were no Turkish casualties in the attack, Reuters says.

Rami Abdel Rahman, the director of the Britain-based Syrian Observatory for Human Rights, reported following the attack that "numerous explosions were heard as the patrol passed in a village northeast of the town of Ariha."

No such patrols had yet been able to circulate along the entire length of the road as stipulated in the cease-fire agreement, from the village of Tarbana in the east of Idlib province to the village of Ain Hawr in the north of Latakia province, the Observatory said.