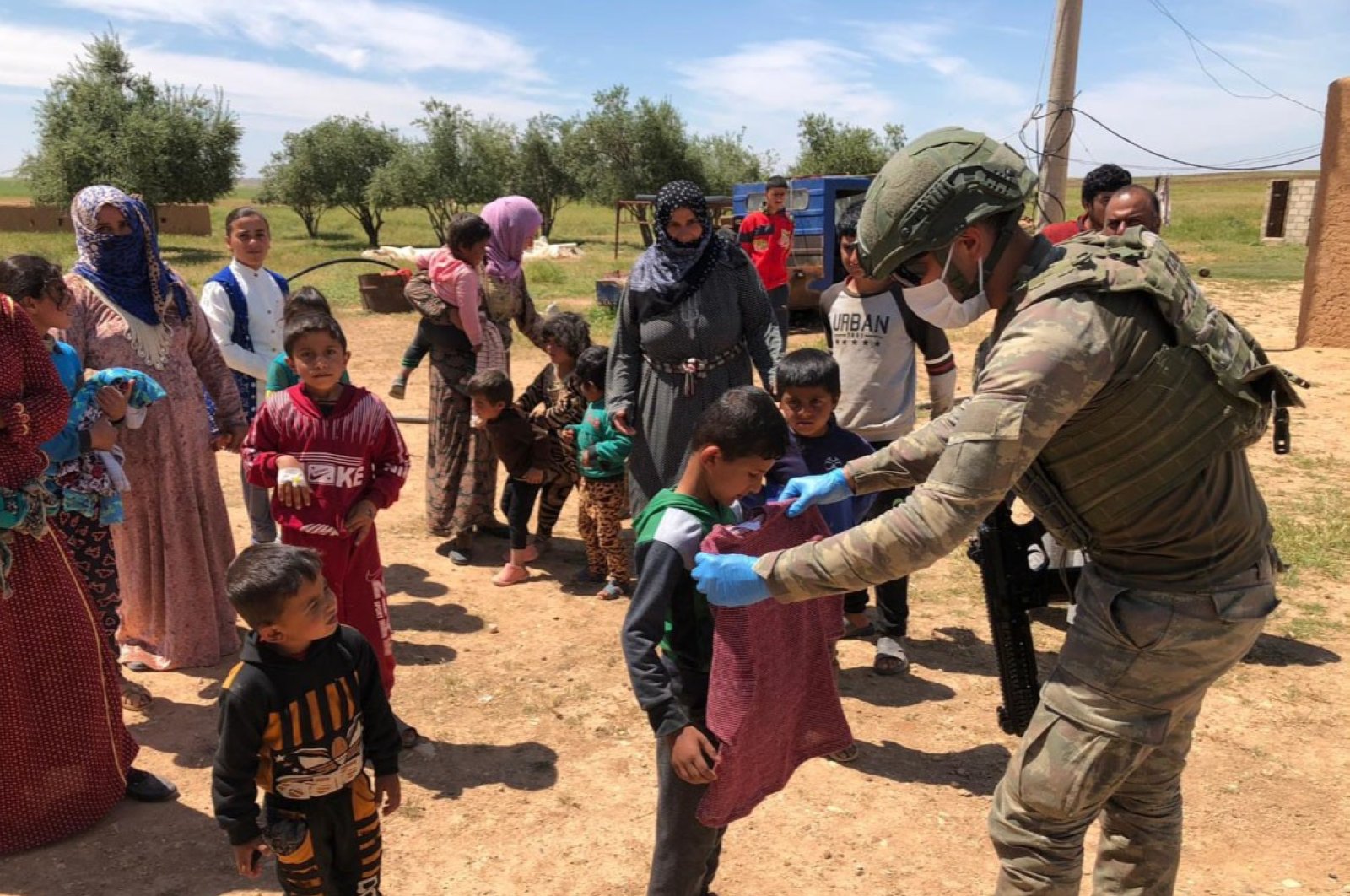 "Our heroic soldiers continue to brighten up the faces of children. A total of 372 children received clothing aid in six villages in Operation Peace Spring region," the ministry said on Twitter.

Though Turkey still hosts more Syrian refugees in the world than any other country, the country also continues to provide aid to the Syrians residing in areas cleared of terrorists.

Turkey is involved in war-torn Syria to protect civilians and eliminate terrorists and facilitate the return of hundreds of thousands of displaced civilians to their homes. After launching three consecutive operations in northern Syria, Turkey rolled up its sleeves to reconstruct hospitals, schools, mosques and roads destroyed by the YPG/PKK. Within the scope of ameliorating the region's social infrastructure, people were given food and clothing by several nongovernmental organizations while roads and buildings were rebuilt.

Turkey is also helping locals build olive oil facilities in the town where agriculture is the main source of income for residents. Since the terrorists were cleared from cities, many locals have been able to open new shops. Turkish products can easily be found in these shops, and people can also shop using the Turkish lira.

Terrorist organizations also left the region littered with bombs and improvised explosive devices in civilian settlements such as in residential buildings and schools, and under bridges and roads. The Turkish Armed Forces (TSK) has been working to detect these explosives and disarm them.

Turkey is a country that has gained appreciation around the world by virtue of its efforts to assist Syrians who were forced to leave their homes. Hosting some 3.6 million Syrians and spending billions of dollars on their needs, despite the ongoing conflict, Turkey now looks to establish prosperous settlements and improve the living conditions for Syrians in northern Syria. Its counterterrorism operations across the border into northern Syria have also allowed hundreds of thousands of Syrians in Turkey to resettle in their homeland.