Turkish soldiers head to Romania to participate in NATO exercise 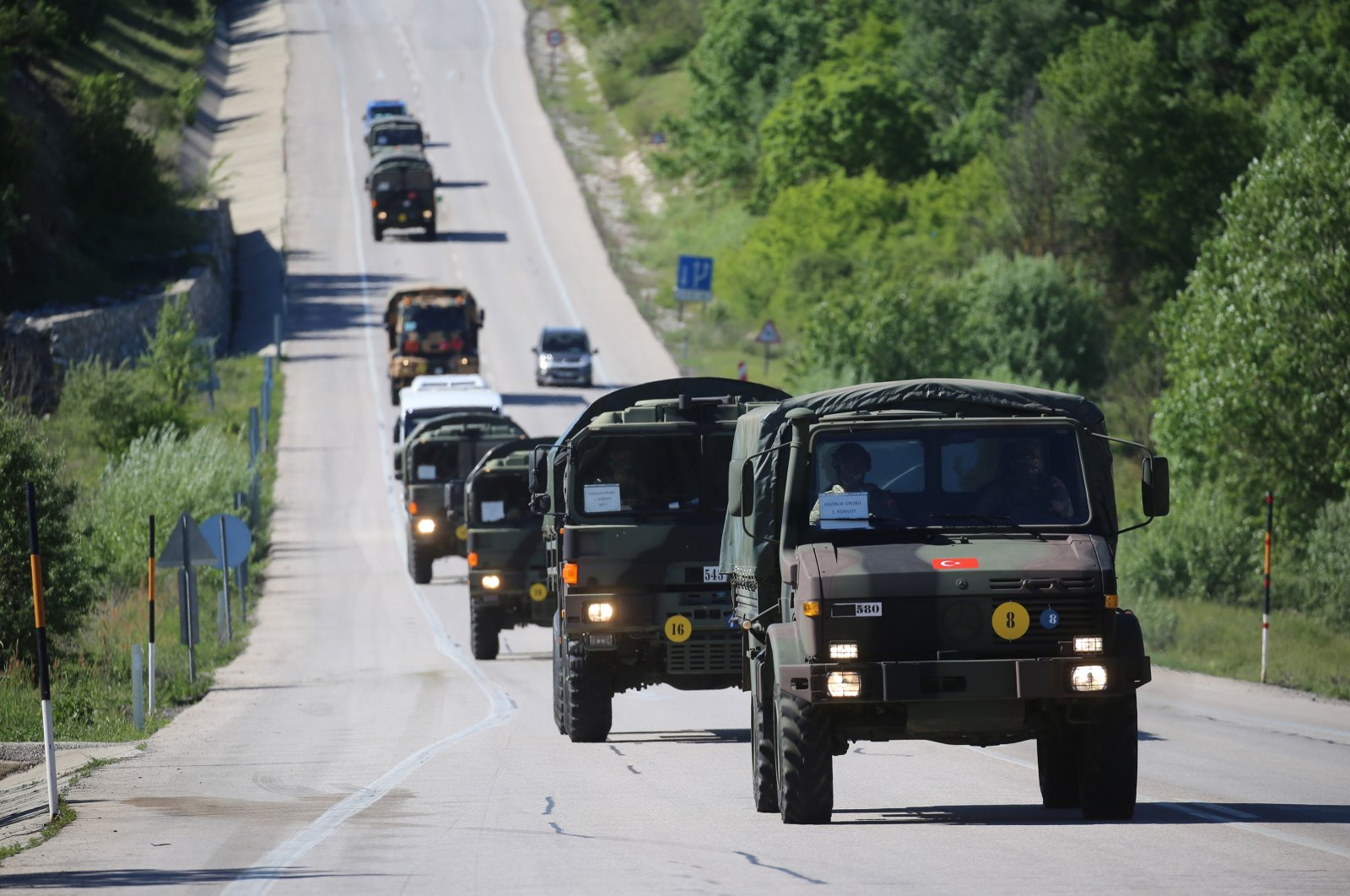 A group of Turkish soldiers who will be participating in the NATO exercise Steadfast Defender 2021 departed the country from the Hamzabeyli Border Gate on Turkey's border with Bulgaria as they headed to Romania to join the upcoming drill.

Military personnel from the 66th Mechanized Infantry Brigade Command in western Tekirdağ province’s Çorlu district headed toward the border amid anthems and applause.

The convoy crossed into Bulgaria and will head to Romania to participate in the exercise.

The exercise aims to train and evaluate a wide range of NATO Command Structure, NATO Force Structure and National Force Elements in the transatlantic reinforcement of Very High Readiness Joint Task Force Deterrence Operations in Southern Europe, according to NATO.

The exercise will take place in Portugal, Romania, Bulgaria and Hungary from May 20 to June 22.