Turning Hagia Sophia into museum violated will of its endower, Mehmed the Conquerer, Turkish court says 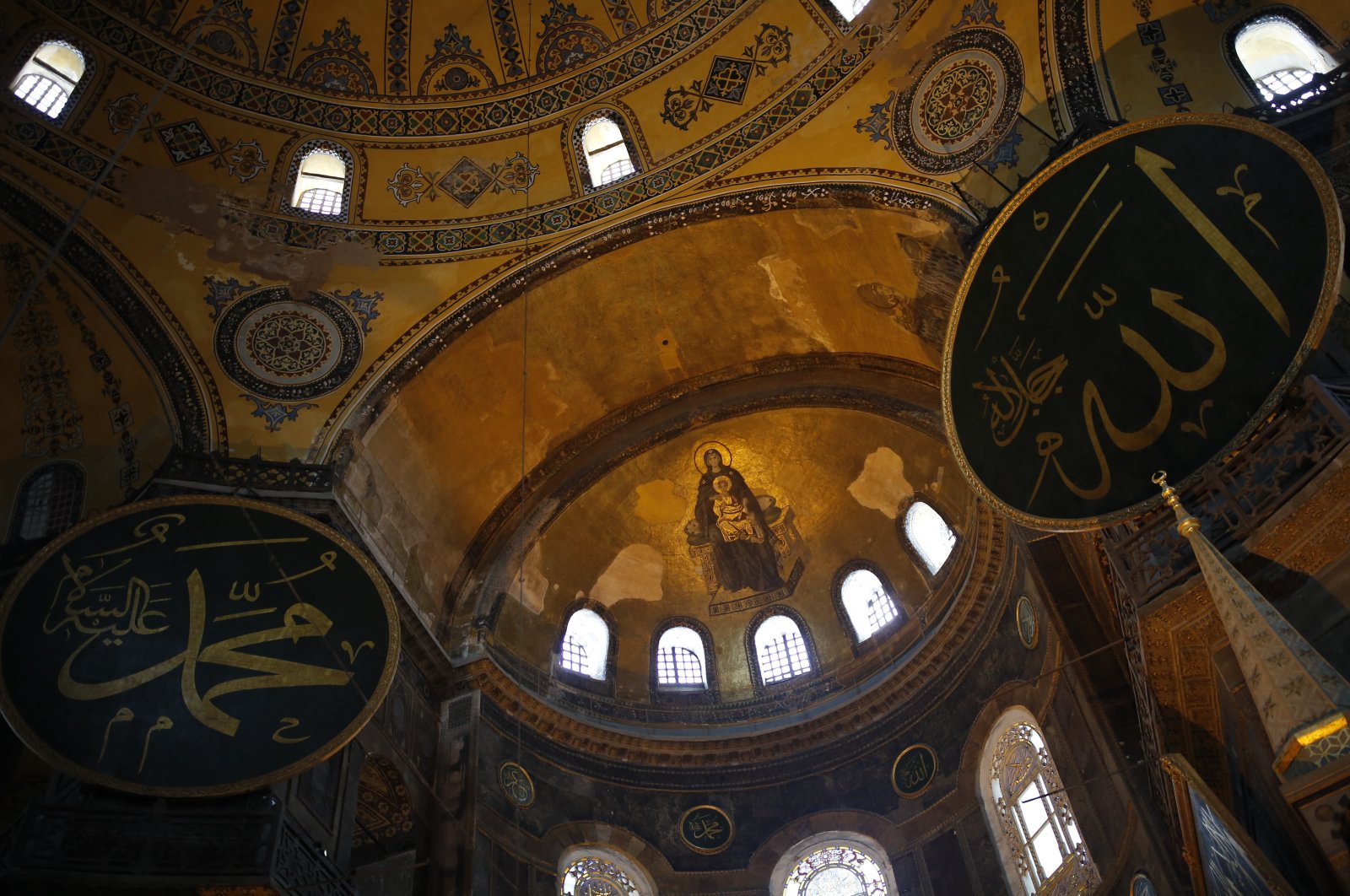 A view of the Byzantine-era Hagia Sophia, an UNESCO World Heritage site and one of Istanbul's main tourist attractions in the historic Sultanahmet district of Istanbul, July 10, 2020. (AP Photo)
by DAILY SABAH Jul 11, 2020 12:16 pm
RECOMMENDED

The conversion of the Hagia Sophia Mosque into a museum was unlawful as it violated the will of its endower, Sultan Mehmed the Conqueror, a Turkish court said in its ruling on the UNESCO World Heritage site.

Turkey's top administrative court underlined that "the state is merely a custodian of endowed properties," thus cannot use them in any way it deems fit under the Turkish law.

Hagia Sophia is a part of Mehmed II's waqf, which is an Ottoman term for a non-transferable religious donation, typically involving a building or property for religious or charitable purposes. The sultan, who conquered Istanbul in 1453, converted Hagia Sophia into a mosque, therefore turning the structure into a museum violated the law, the court said.

The court also noted that "there are no provisions whatsoever in the Convention (Concerning the Protection of World Cultural and Natural Heritage) that prevents the usage of Hagia Sophia in accordance with domestic law."

"There are numerous (heritage) sites which are still being used as mosques such as the Blue (Sultanahmet) Mosque," the court added.

In light of these findings the court ruled for the annulment of the 1934 cabinet decree that turned Hagia Sophia into a museum.

Built under Byzantine Emperor Justinian, Hagia Sophia was the main seat of the Eastern Orthodox church for centuries, where emperors were crowned amid ornate marble and mosaic decorations.

The minarets were added later, and the building was turned into an imperial mosque following the 1453 Ottoman conquest of Constantinople – the city that is now called Istanbul.

The building opened its doors as a museum in 1935, a year after the Council of Ministers’ decision.

Mosaics depicting Jesus, Mary and Christian saints that were plastered over in line with Islamic rules were uncovered through arduous restoration work for the museum. Hagia Sophia was the most popular museum in Turkey last year, drawing more than 3.7 million visitors.