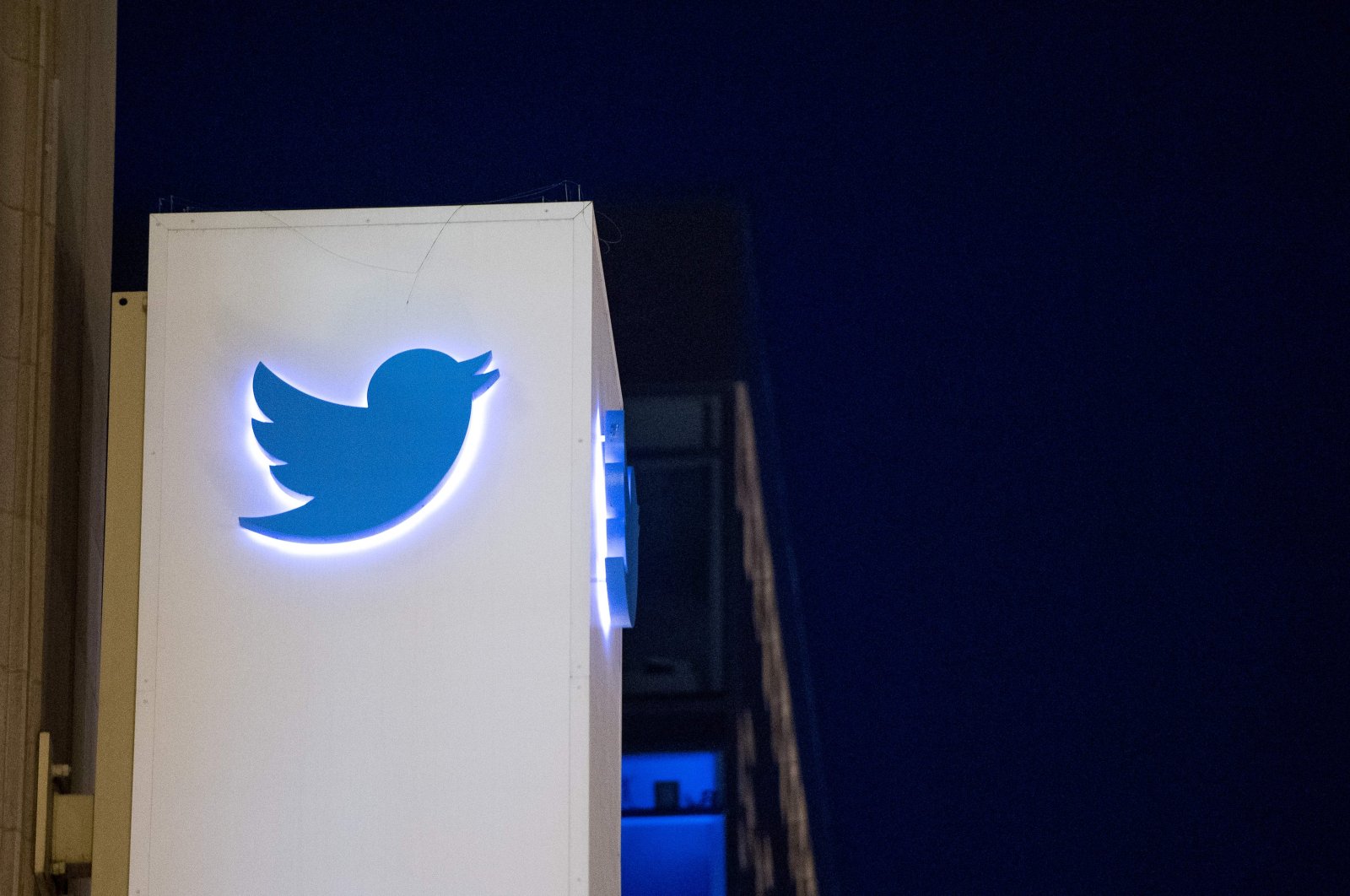 In this file photo taken on November 04, 2016 the Twitter logo is seen on a sign at the company's headquarters in San Francisco, California. (AFP Photo)
by DAILY SABAH Apr 02, 2020 6:10 pm
RECOMMENDED

Twitter on Thursday confirmed it closed nearly 2,541 inauthentic accounts that were critical of Iran, Qatar and Turkey.

“Today, we’re updating our archive of state-backed information operations with some recent account networks we’ve removed from our service,” the microblogging giant said. “Information we gained externally indicates it was taking direction from the Egyptian government,” it added.

“We discovered many inauthentic accounts were accessing Twitter from a single IP range in Honduras, and heavily retweeting the President’s account,” the website said, pointing to Abdel-Fattah el-Sissi, who became president after overthrowing Egypt’s first-ever democratically elected president, Mohammad Morsi.

“We removed 3,104 accounts when it became clear a staffer created the fake accounts on the government’s behalf.”

“A network of accounts associated with Saudi Arabia and operating out of multiple countries including KSA (Kingdom of Saudi Arabia), Egypt and UAE, were amplifying content praising Saudi leadership, and critical of Qatar and Turkish activity in Yemen. A total of 5,350 accounts were removed,” it said.