UN calls on Greece to integrate migrants into society 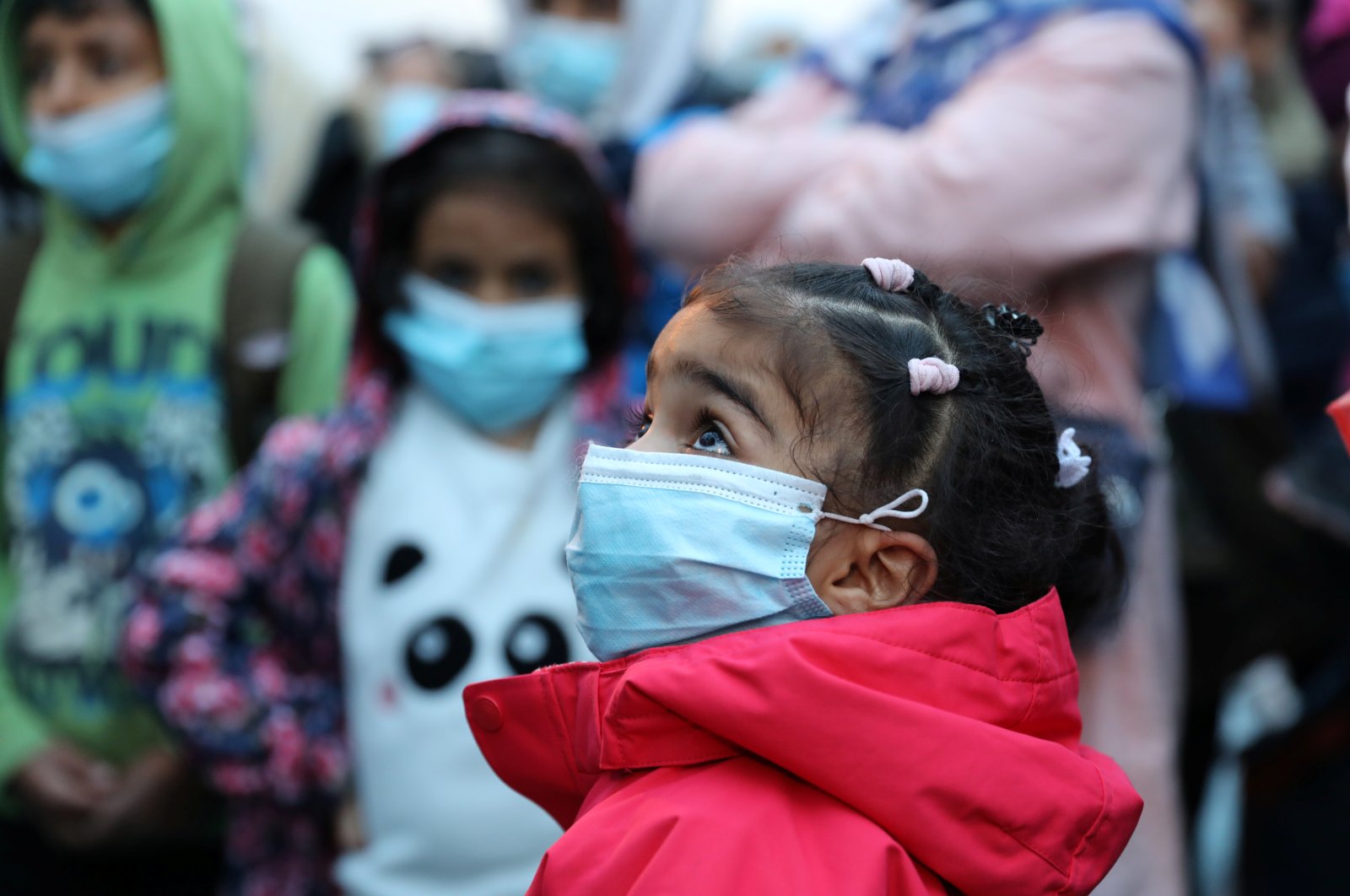 A migrant girl from the Moria camp in Lesbos waits to board a bus at Piraeus port in Athens following the coronavirus disease (COVID-19) outbreak, Greece, May 4, 2020. (Reuters Photo)
by compiled from agencies May 07, 2020 11:09 am
RECOMMENDED

The U.N. 's refugee agency on Wednesday called on Greece to integrate refugees into society to help tackle the COVID-19 pandemic, while local Greek residents attempted to stop migrants and refugees from reaching their new housing by setting fire to the hotel.

According to the UNHCR, the number of asylum seekers on the five Greek islands, which have become an entry point for those seeking to reach the EU, has fallen for the first time since January 2019.

This was due to "a stark decrease of arrivals to land and sea borders" from neighboring Turkey and the transfer of vulnerable migrants to mainland Greece, according to Philippe Leclerc, the UNHCR's representative in the country.

The numbers arriving are down due to restrictions on movement imposed by Turkey to stem the spread of the coronavirus pandemic, as well as intensified Greek patrols on its borders.

Nevertheless, the people still living on the islands of Lesbos, Chios, Samos, Leros and Kos continue to suffer from overcrowding and unhealthy conditions in camps built to hold a total of 5,400 migrants, the United Nations High Commissioner for Refugees said.

"We saw the Greek response to COVID-19 and it has done very well and swiftly," Leclerc told an online news conference.

But he appealed to the Greek government to allow refugees "to make their own living and integrate into the Greek society... to help these people to stand on their feet again," and allow the island camps to be closed.

Greece, faced with an aging population and a struggling health system, imposed early anti-virus restrictions and has been hit less badly by the coronavirus than many European nations.

Leclerc suggested that the refugees could help in the agriculture sector which is suffering due to the restrictions on movement for the normal seasonal workers from neighboring countries.

Meanwhile, protesting locals stopped asylum-seekers relocated from congested Aegean island camps from reaching new accommodation in northern Greece and set fire to a hotel where they were supposed to be housed, Greek authorities said Wednesday.

Police said about 150 protesters prevented buses carrying 57 people brought to the mainland from the eastern island of Lesbos from reaching a rented hotel at a village in the northern region of Pella and set fire to a room on the hotel’s ground floor.

No injuries or arrests were reported. Greece's COVID-19 lockdown only allows public gatherings of up to 10 people, who must observe social distancing.

The buses were rerouted to another village in the Pella region, where protesters had sent up roadblocks to prevent them from being housed in a local hotel. The group was eventually driven to the northern city of Thessaloniki, where they were put up in a local hotel.

Smaller protests also occurred at a hotel in the northern region of Kilkis, where 250 asylum-seekers from Lesbos were being taken to. Those protests were short-lived, however, and the migrants were housed in the facility which already accommodates asylum-seekers, authorities said.

Due to lockdown measures to prevent the spread of coronavirus, new arrivals on the islands from the nearby Turkish coast are not allowed into the camps. So far no coronavirus cases have been confirmed in the island camps, although two refugee camps on the mainland were put under quarantine due to local outbreaks.