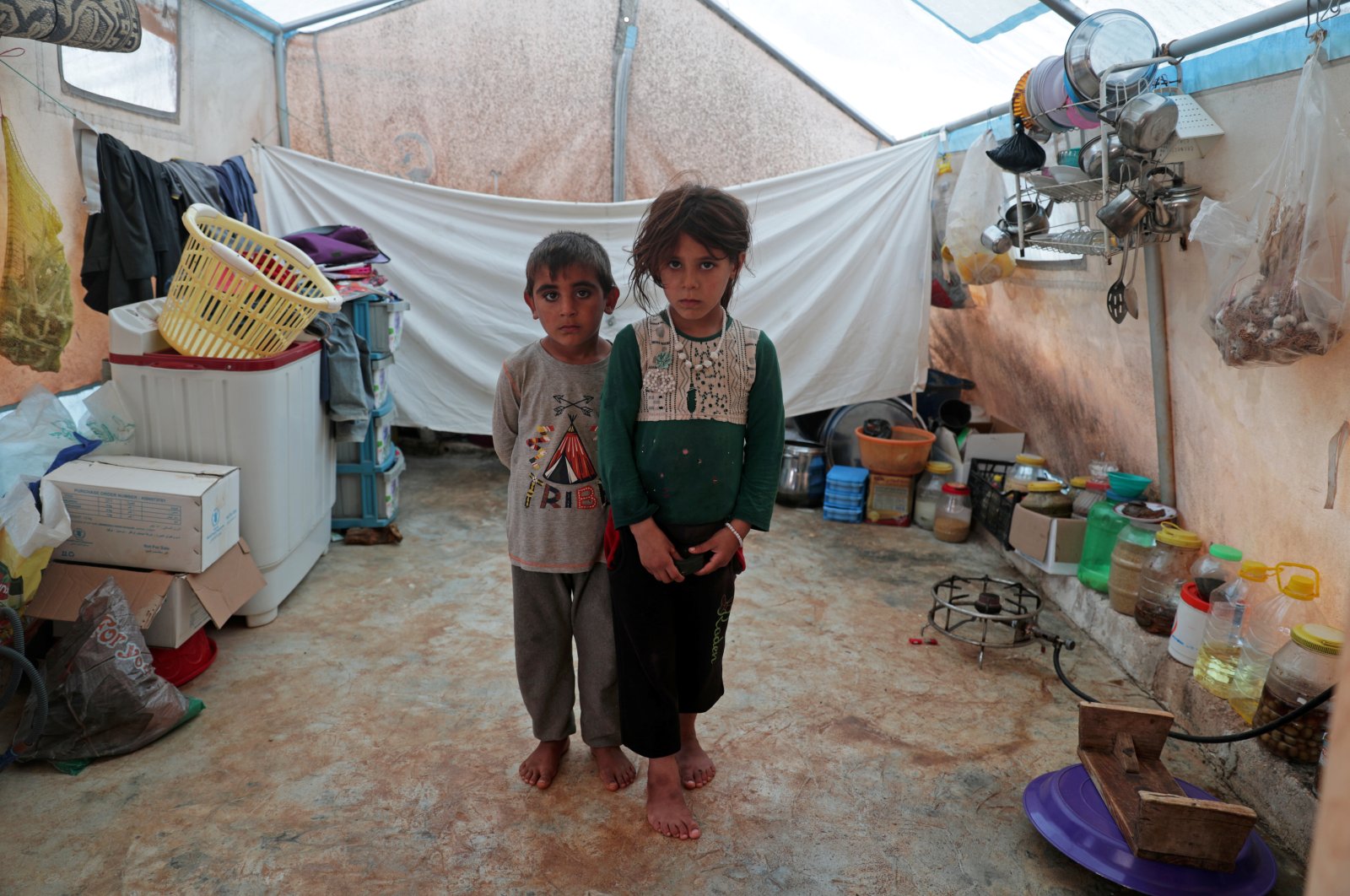 Jumana and Farhan al-Alyawi, displaced Syrian twins from east Idlib, pose for a picture in a tent at Atmeh camp, near the Turkish border, June 19, 2020. (REUTERS Photo)
by Daily Sabah with AFP Jun 25, 2020 11:25 am
RECOMMENDED

United Nations Secretary-General Antonio Guterres said he supports the extension of a cross-border program to deliver humanitarian aid to Syria, according to a Security Council report obtained by Agence France-Presse (AFP) Wednesday.

The existing authorization for the program – which began in 2014 – is set to expire July 10.

Germany and Belgium have submitted a draft resolution to request an extension from the Security Council, though Russia and China say such a move would infringe on Syria's national sovereignty.

Continuing to deliver humanitarian aid to northwestern Syria, including the Idlib region, will require the use of the Bab al-Salaam and Bab al-Hawa crossings along the Syrian-Turkish border for the next 12 months, Guterres said in the report.

"The cross-border operation is a lifeline for millions of civilians whom the United Nations cannot reach by other means," he wrote.

"Cross-line assistance is currently not a viable alternative and a sustained, large-scale cross-border response will continue to be necessary to meet the enormous humanitarian needs in the northwest," Guterres said in response to Moscow's suggestion that humanitarian aid can be routed through Damascus.

"May 2020 recorded the highest total number of United Nations humanitarian aid trucks crossing per month since the establishment of the mechanism in 2014," according to the U.N. chief, "with 1,781 trucks crossing from Turkey."

According to Guterres, most of the medical facilities in the northeastern part of the country that rely on deliveries from cross-border shipments from the Yarubiyah crossing have not been able to receive what they need since its Russian-imposed closure in January.

Turkey has previously called on the U.N. to open further border-crossings. Turkey last year stated that there should be a fifth border gate for the delivery of aid in the northern Syrian province of Tal Abyad, again opposed by Russia. Despite the efforts of many nongovernmental organizations from around the world, as well as countries like Turkey, the amount of aid reaching the war-torn country is still insufficient, causing the international community to have come up with new initiatives to solve the problem.

NGOs are running out of supplies just when they are needed most due to the COVID-19 pandemic, Guterres said, advocating for using both cross-border and Syrian regime-deployed aid.

He also pointed out the deteriorating economic situation in Syria, saying that the WFP estimates that 9.3 million people are currently experiencing food insecurity.

The U.N. Security Council voted in January to renew cross-border aid to Syria but under pressure from Russia, it scaled back the program, reducing authorized border crossing points to two from four and decreasing the reauthorization period to six months from a year.

After a series of concessions by Western countries, the resolution extending the aid was passed by 11 votes in favor and four abstentions: Russia, China, the U.S. and Britain.