UN chief calls for 'maximum restraint' amid tensions between Azerbaijan-Armenia 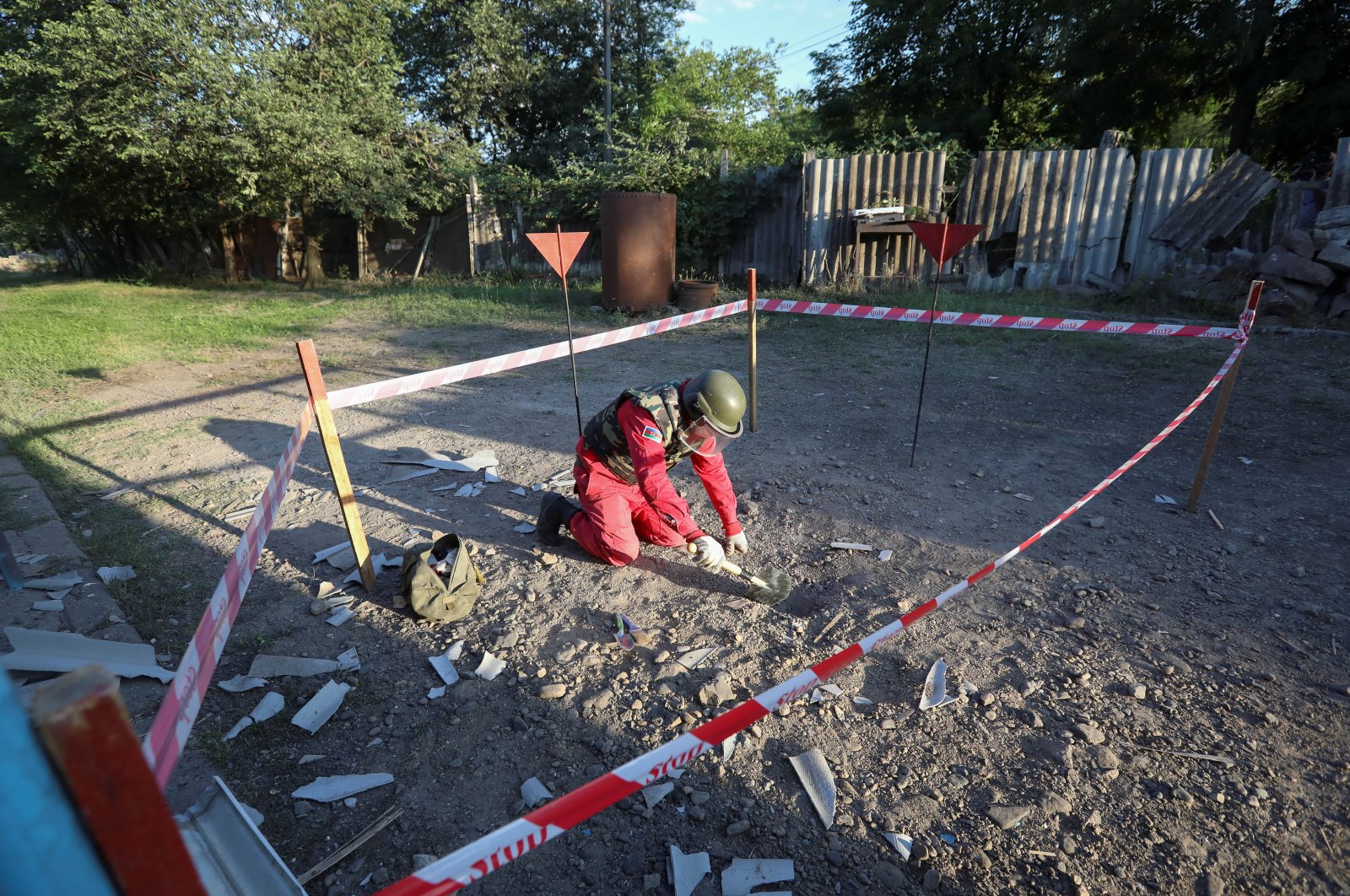 A sapper works at a yard with an unexploded shell next to a house, which locals said was damaged during a recent shelling by Armenia's forces, in armed clashes on the border between Azerbaijan and Armenia, in the village of Agdam, Azerbaijan July 15, 2020. (Reuters Photo)
by daily sabah Jul 20, 2020 9:58 pm
Edited By Nurbanu Tanrıkulu Kızıl
RECOMMENDED

"The secretary-general is following with deep concern the current tensions between Azerbaijan and Armenia. He calls for maximum restraint, as a full conflict between these two countries would be disastrous," U.N. spokesman Stephane Dujarric said.

Russia, which has a military base in Armenia, has urged the two sides to cease fire and show restraint. The Kremlin has said Moscow is ready to act as a mediator.

International concern is heightened because of the threat to stability in a region serving as a corridor for pipelines taking oil and gas from the Caspian Sea to global markets.

The Armenian military had since 1991 illegally occupied the Nagorno-Karabakh region, an internationally recognized territory of Azerbaijan.

Four U.N. Security Council and two U.N. General Assembly resolutions, as well as decisions by many international organizations, refer to this fact and demand the withdrawal of the occupational Armenian forces from Nagorno-Karabakh and seven other occupied regions of Azerbaijan.