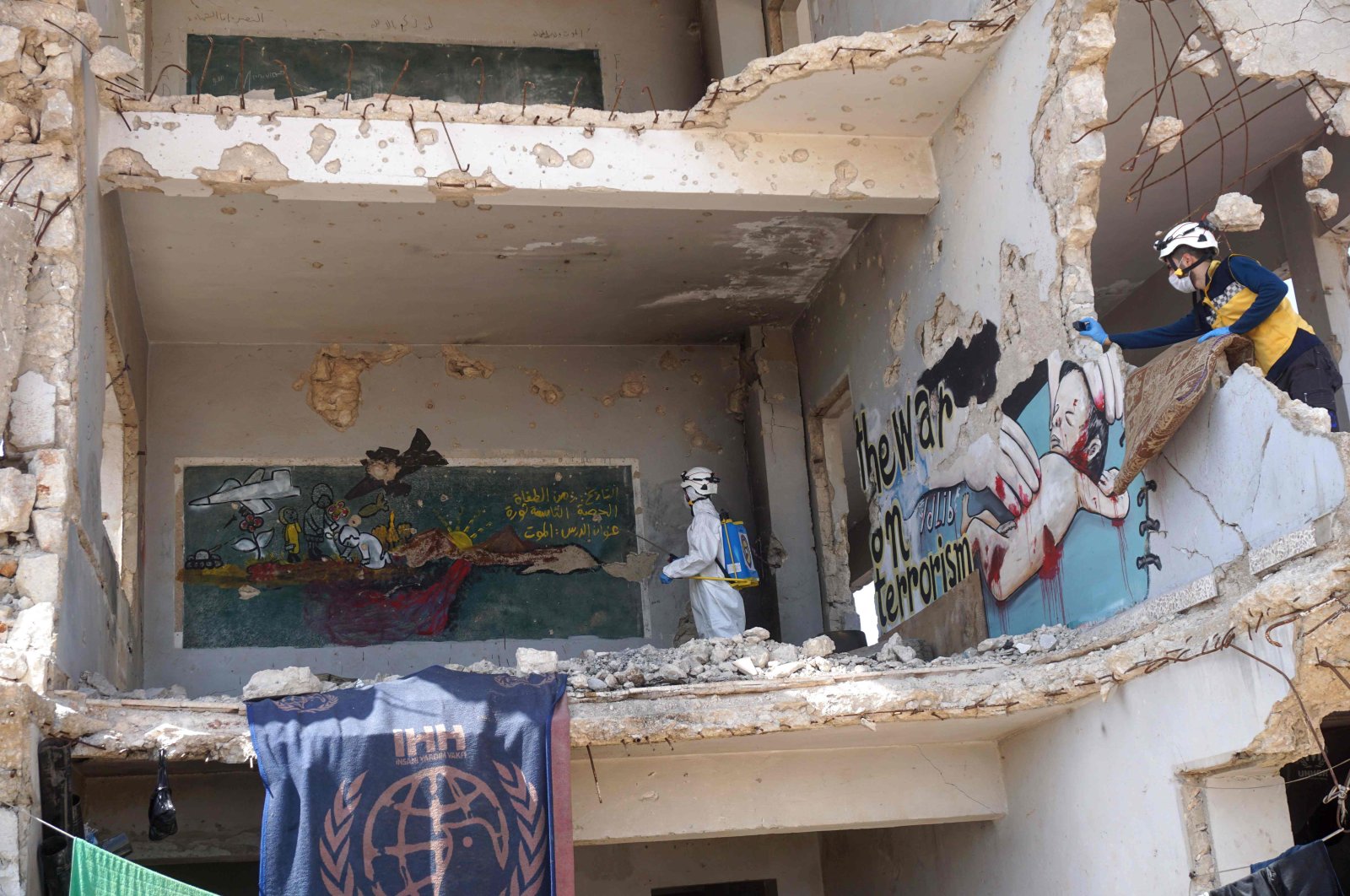 Members of the Syrian Civil Defense, known as the White Helmets, disinfect a former school building currently inhabited by displaced families in the opposition-held town of Binnish in Syria's northwestern Idlib province, on March 26, 2020, as part of the efforts to prevent the spread of the coronavirus epidemic. (AFP Photo)
by DAILY SABAH Mar 27, 2020 4:55 pm
Edited By Dilara Aslan
RECOMMENDED

The U.N. Office for the Coordination of Humanitarian Affairs (OCHA) Friday had expressed concern over the potential consequences of the coronavirus outbreak on the more than 1 million civilians displaced from Syria’s northwestern Idlib province.

OCHA spokesperson Jens Laerke spoke of the effects of the coronavirus disease on Syria during a video news conference in the U.N.’s Geneva office.

“The U.N. expresses concern over the potential outcomes of COVID-19 on millions of people throughout Syria and especially on more than 900,000 displaced civilians in Syria’s northwest (Idlib),” Laerke stated, underlining that displaced people in Idlib lack food and clean water in overcrowded camps.

Laerke also indicated that there are 6 million displaced within Syria and that medical services are highly limited.

Saying that only half of the medical institutions were able to operate since the end of 2019, Laerke stated that thousands of medical staff had to leave the country.

Refugee and internally displaced populations in northeastern and northwestern Syria living in collective shelters, informal settlements and camps are most vulnerable to the disease while health care workers with inadequate protective equipment are also at risk.