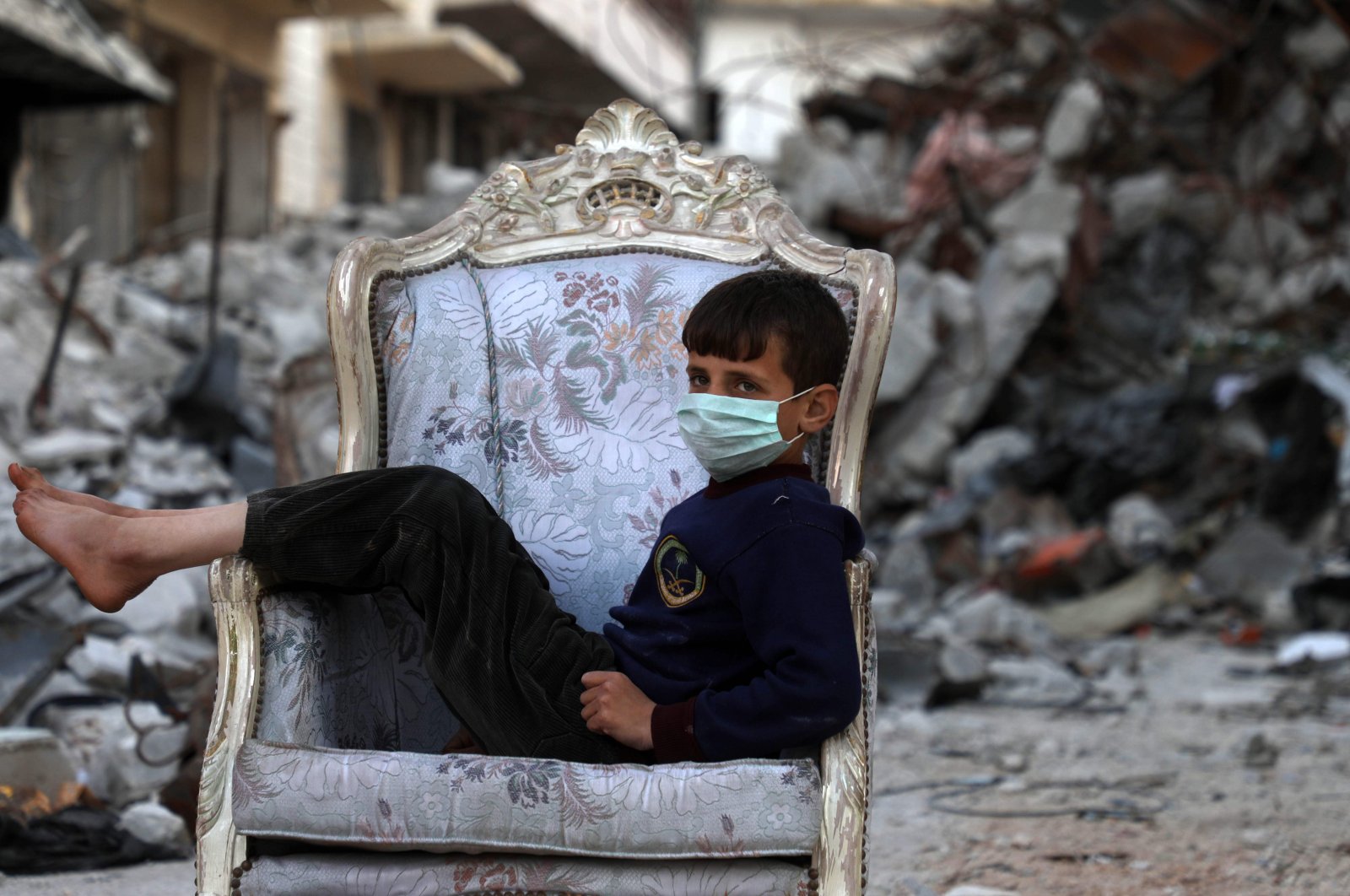 A child sits on a couch found in a street, ravaged by pro-regime forces air strikes, in the town of Ariha in the northern countryside of the Idlib province, Saturday, April 11, 2020. (AFP)
by DAILY SABAH WITH AA Apr 17, 2020 3:48 pm

The United Nations on Friday sent 56 truckloads of humanitarian aid to Idlib, a northwestern Syrian province where millions remain in desperate need of assistance.

The supplies will be distributed to people in Idlib city and nearby rural areas.

Northwestern Syria does not yet have a confirmed case of the coronavirus, but doctors fear the area's ravaged medical infrastructure and overflowing camps would quickly turn any outbreak into a humanitarian disaster. The camps are generally in poor condition with a lack of access to water, hygiene, medical aid and food.

Damaged health infrastructure and massive displacement due to attacks by the regime and Russia make potential containment measures in the region a nearly impossible task. Yearslong sieges caused the deterioration of the physical health of many people, who have suffered from malnutrition and widespread poverty.