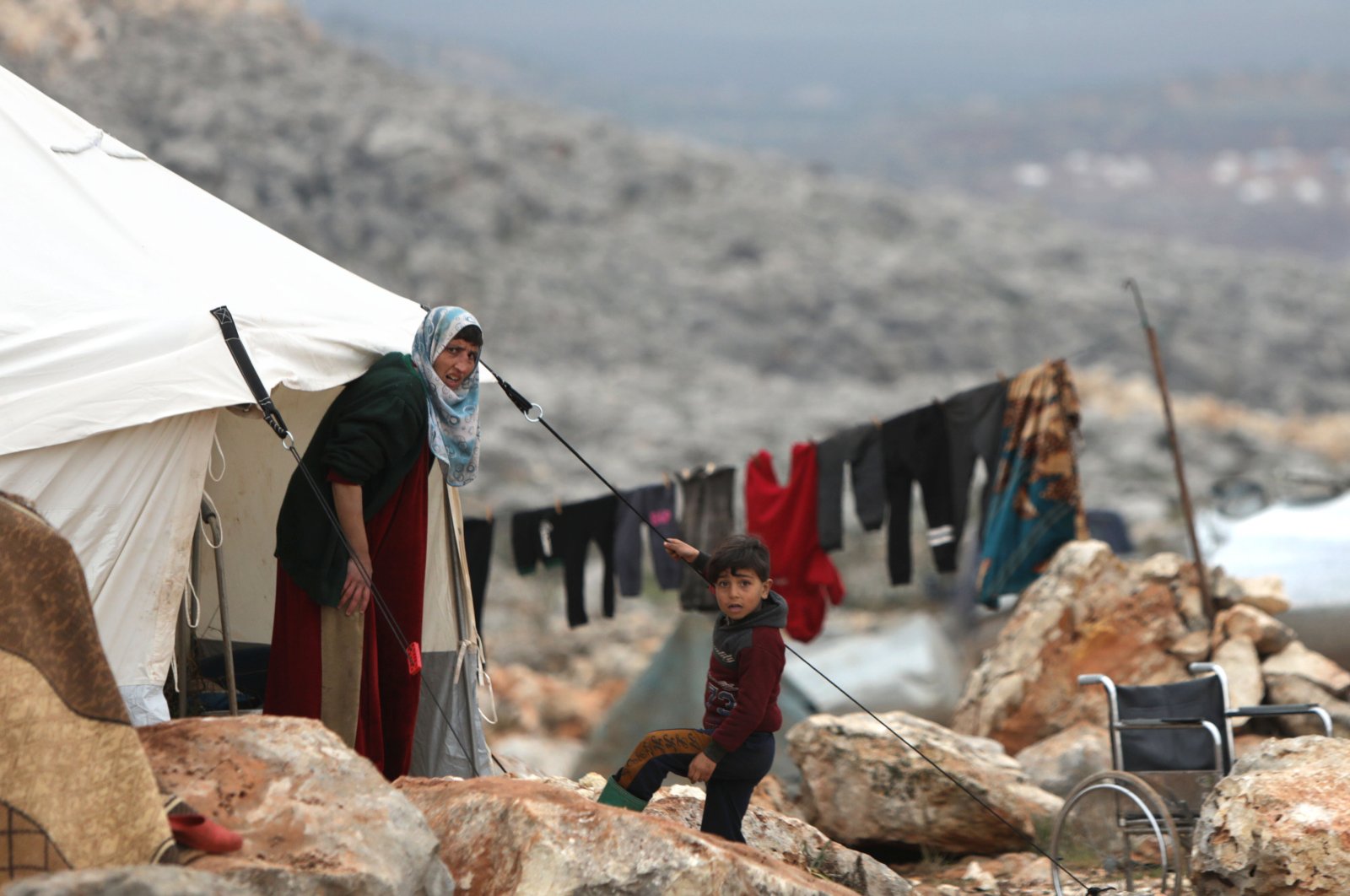 Syrians who fled pro-regime forces' attacks in Idlib and Aleppo provinces are pictured at a makeshift camp for displaced people on Feb. 18, 2020, north of the city of Idlib, near the Turkish border. (AFP Photo)
by Anadolu Agency Mar 26, 2020 4:03 pm
Edited By Nurbanu Tanrıkulu Kızıl

The U.N. on Thursday dispatched 51 truckloads of humanitarian aid to Idlib, a northwestern Syrian city where millions of people are in desperate need of assistance.

Trucks entered the city through the Cilvegözü border gate in the southern Hatay province of Turkey bordering Idlib.

The humanitarian aid is going to be distributed to the needy people struggling to survive in Idlib and nearby rural areas.

Syria has been locked in a vicious civil war since early 2011, when the Bashar Assad regime cracked down on pro-democracy protests.

The de-escalation zone is currently home to 4 million civilians, including hundreds of thousands displaced in recent years by regime forces throughout the war-weary country.