UN encouraged by calls for peace talks in Libya 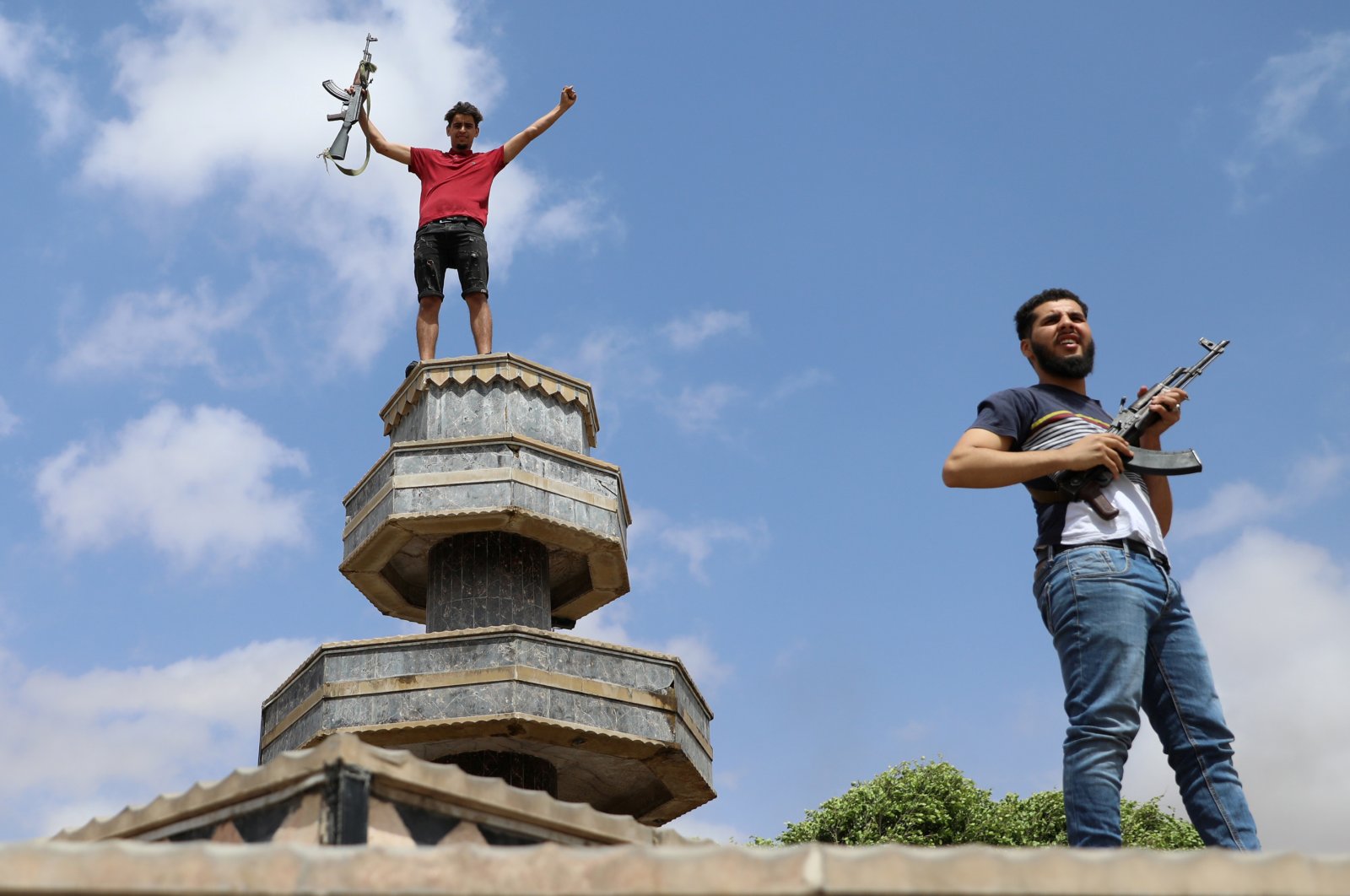 The United Nations on Sunday said it was encouraged by calls to resume talks on ending the conflict in Libya, a day after Egypt announced a unilateral peace initiative supported by putschist Gen. Khalifa Haftar and his supporters.

The U.N. support mission in Libya said the fighting over the capital, Tripoli, for more than a year “has proven, beyond any doubt, that any war among Libyans is a losing war.”

The statement urged Libyan parties to “engage swiftly and constructively” in the U.N.-brokered military talks aimed at reaching a lasting cease-fire agreement, “accompanied by a firm implementation of and respect for the recently renewed U.N. arms embargo on Libya.”

The U.N. said more than 16,000 Libyans were displaced in recent days by the latest bout of fighting in the capital and the town of Tarhuna, which lies 72 kilometers (45 miles) southeast of the capital Tripoli.

Oil-rich Libya has been in turmoil since 2011 when a civil war toppled longtime dictator Moammar Gadhafi, who was later killed.

Last year, the commander of the illegitimate eastern forces, Haftar, launched a campaign to capture Tripoli from the U.N.-supported government. After months of stalemate, the clashes intensified as foreign backers of both sides increasingly intervened.

Egypt’s initiative to end the fighting came on the heels of major losses by Haftar's forces in western Libya in recent weeks.

In a series of rapid victories, the legitimate Government of National Accord (GNA) has, with Turkish support, suddenly brought most of northwest Libya back under its control, dashing Haftar's bid to unite the country by force.

The town of Tarhuna was the latest pro-Haftar stronghold to be captured by GNA forces.

In Tripoli on Sunday, crowds celebrated the retreat of Haftar forces, with residents flashing the victory sign and waving the national flag from honking cars moving in convoy.

Egypt’s Abdel-Fattah el-Sissi on Saturday announced his unilateral initiative to end the civil war, saying the road map includes a cease-fire starting Monday and is meant to pave the way for elections in the North African country.

Haftar is backed by Egypt, the United Arab Emirates and Russia. The Tripoli-allied internationally recognized government is aided by Turkey, Qatar and Italy.

The first reaction from the Libyan government members signaled a rejection for the initiative. Mohammed Ammari Zayed, a member of the Libyan Presidential Council, said on his Twitter account that they will continue to “liberate the entire homeland and strengthen the government’s authority.”

He also declared on Saturday that "we will choose the time and place when" the war ends.

On the frontline outside Sirte, Qanunu also said GNA airstrikes were targeting enemy positions and "orders have been given to our forces to begin their advance and to systematically attack all rebel positions."

On the other hand, the U.N. support mission in Libya said it was encouraged by the recent calls to resume talks.

“The mission, as ever, stands ready to convene a fully inclusive Libyan-led and Libyan-owned political process,” it said.

As one of the main backers of Haftar, the United Arab Emirates (UAE) also announced Monday its support of the new Egyptian peace initiative for Libya, calling it a move toward a cease-fire and political solution.

"With the support of the United States National Security Council for the Egyptian initiative, Arab and international momentum for an immediate cease-fire, a withdrawal of foreign forces and a return to the political track is strengthened," the minister of state for foreign affairs, Anwar Gargash, said on Twitter.

A panel of U.N. experts has said the UAE supplied Haftar with arms and mercenaries.

Gargash said the international community cannot accept that fighting continues, adding that a comprehensive political solution is needed for all Libyan parties to the conflict.

Russia, another Haftar backer, on Monday reiterated their support for Egypt's initiative.

The Russian Foreign Ministry said that the Egyptian peace initiative for Libya must be the main forum to decide on the future of the country.

Fighters loyal to Libya's U.N.-recognized government Sunday kept up their counter-offensive against forces of Haftar, but fighting stalled on the outskirts of the strategic city of Sirte.

Sirte, some 450 kilometers east of the capital, is key for access to Libya's crucial "oil crescent," which has been blockaded by pro-Haftar groups since January, heavily impacting what is virtually the only source of national income.

The Libyan National Oil Company (NOC) deplored "a severe drop" in oil revenues, "estimated at 97% compared to April 2019," a sharp drop also due to the huge slump in global oil prices.

On Sunday the company said, however, that production had resumed at the Sharara oil field, the country's largest, 900 kilometers south of Tripoli, which had been shut by Haftar forces.

Sharara produces 315,000 barrels per day – nearly one-third of Libya's crude output – but is frequently attacked and blocked by Haftar militias.

In January, valves at a pumping station were closed forcing a halt in production at Sharara and costing the treasury more than $5.2 billion, the National Oil Company said.

A statement from the NOC said the company "confirms the return of production at the Sharara oil field in the south of the country, after lengthy negotiations by the NOC to reopen the Hamada valve, which had been illegally closed last January."

The National Oil Company said production will resume at a capacity of 30,000 barrels of oil per day until it reaches full capacity within 90 days, due to damage sustained from the shutdown.

"We hope that the restart of production at the Sharara oil field will be a first step to reviving the Libyan oil and gas sector and preventing an economic collapse in Libya in these difficult times," NOC Chairman Mustafa Sanalla was quoted as saying in the statement.

Oil exports are the source of almost all state revenue in Libya, which has the biggest proven reserves of crude in Africa.

The U.S. Embassy welcomed the resumption of production at Sharara, hailing it "a significant step forward" and urging all sides "to reject attempts to militarise the energy sector."