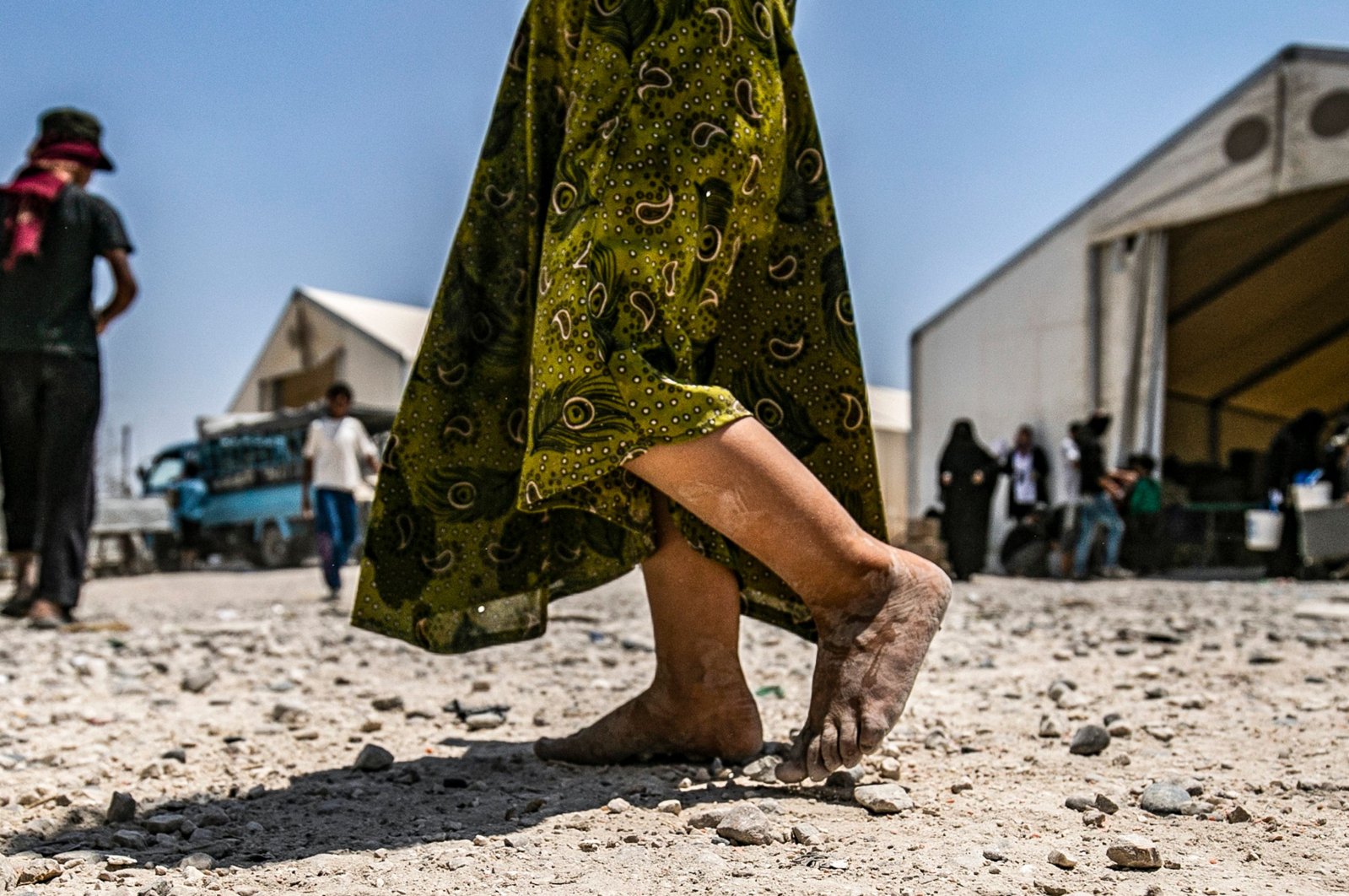 In a written statement, Bachelet touched on the humanitarian situation in the camps occupied by the terrorist group YPG/PKK. She said that nearly 58,000 children from more than 60 different countries remain confined in "congested camps" run by the YPG/PKK, without specifically naming the terrorist group.

"More than 8,000 of these children are 'third-country nationals,' from countries other than Syria or its immediate neighbor Iraq," said Bachelet.

The U.N. rights chief said that about 90,000 Syrians, Iraqis and other "third-country nationals" with presumed family links to Daesh terrorists are being confined in overcrowded displacement camps al-Hol and al-Roj.

"While the majority were transferred to these camps in 2019 following the defeat of Daesh in their last stronghold in eastern Deir Ez-Zor, thousands of others have been kept in Al-Hol camp since 2016," she said.

Although the third-country nationals are not formally detained and do not face any criminal charges in Syria, they are not allowed to leave the camps, said the U.N. rights office. They are left in legal limbo with limited access to consular services, in potentially life-threatening conditions.

"I very much welcome that some countries of origin have started repatriating their nationals and are showing more openness to repatriating young children and orphans," Bachelet said. "But the fact remains that thousands of people, mostly women and children, are unable to return to their own countries of nationality or origin," she added.

"The international community should also make every effort to advocate for the rights of the Iraqis and Syrians who are stranded in these camps," Bachelet said, adding they should also have the opportunity to return safely to their homes, and to rehabilitation and reintegration, with full respect for their human rights and fair trial guarantees as appropriate.

Bachelet said that the dangers are further exacerbated by COVID-19, which has also limited the "de facto authorities' ability" to ensure sufficient security in the overcrowded camps and limit the influence of terrorist groups.

"This risks having a boomerang effect on the global community's efforts to counter terrorism in the region," she said.