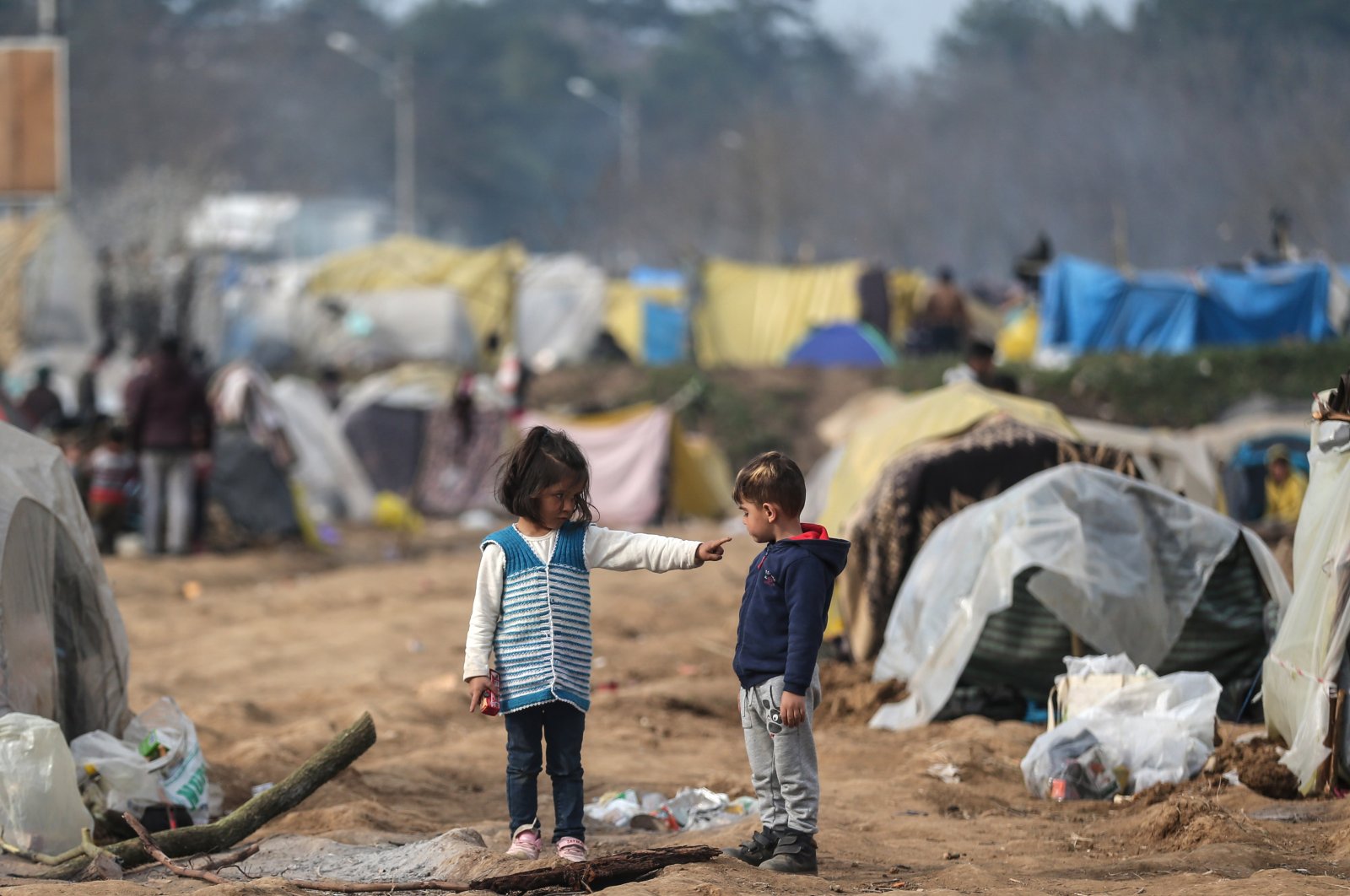 Refugees continue to wait to pass over to Europe at the Turkish-Greek border after Ankara announced it would open its borders, March 10, 2020. (AA Photo)
by Daily Sabah with AA Mar 12, 2020 11:11 am
Edited By Dilara Aslan
RECOMMENDED

Refugees and asylum-seekers are welcomed and their needs are met in the best way, making it a praiseworthy model for the whole world, United Nations High Commissioner for Refugees (UNHCR) Deputy Representative for Turkey Jean Marie Garelli said on Thursday.

“Turkey is a country where refugees and asylum-seekers are welcomed in the best way and get significant support; you are a praiseworthy model to the whole world in this manner,” Garelli said during a UNHCR delegation visit to Edirne where asylum-seekers waiting at the Greek border to be allowed to cross to Europe.

During a visit to Edirne province's deputy governor, Yusuf Güler, after the border area, Garelli praised efforts toward asylum-seekers in every region of Turkey.

Güler, on the other hand, said the humanitarian needs of women and children and health services are provided perfectly and that Turkey “opens its heart to asylum-seekers instead of welcoming them with bombs.”

Garelli, who has worked in several countries receiving asylum-seekers, said: “We put emphasis on the model of your country. We are happy to work with you; Turkey impresses me.”

Thousands of refugees and other migrants have been trying to get into Greece through the country’s eastern land and sea borders over the past week after Turkey opened its borders with Europe.

Many have been camping out near the border on the Turkish side, hoping to cross despite Greek insistence that its border is closed. Greek border forces have responded by shooting live ammunition and plastic bullets and unleashing tear gas and water cannons on refugees and migrants to prevent them from entering Greece.

Turkey is meanwhile providing health services for those who have been injured by Greek security forces. Around 2,306 migrants and refugees who were injured in a violent intervention by Greek border forces received medical treatment in field hospitals in the Turkish border city of Edirne, officials with the Edirne Health Directorate said this week. Turkey is also distributing meals for the people at the border three times a day.