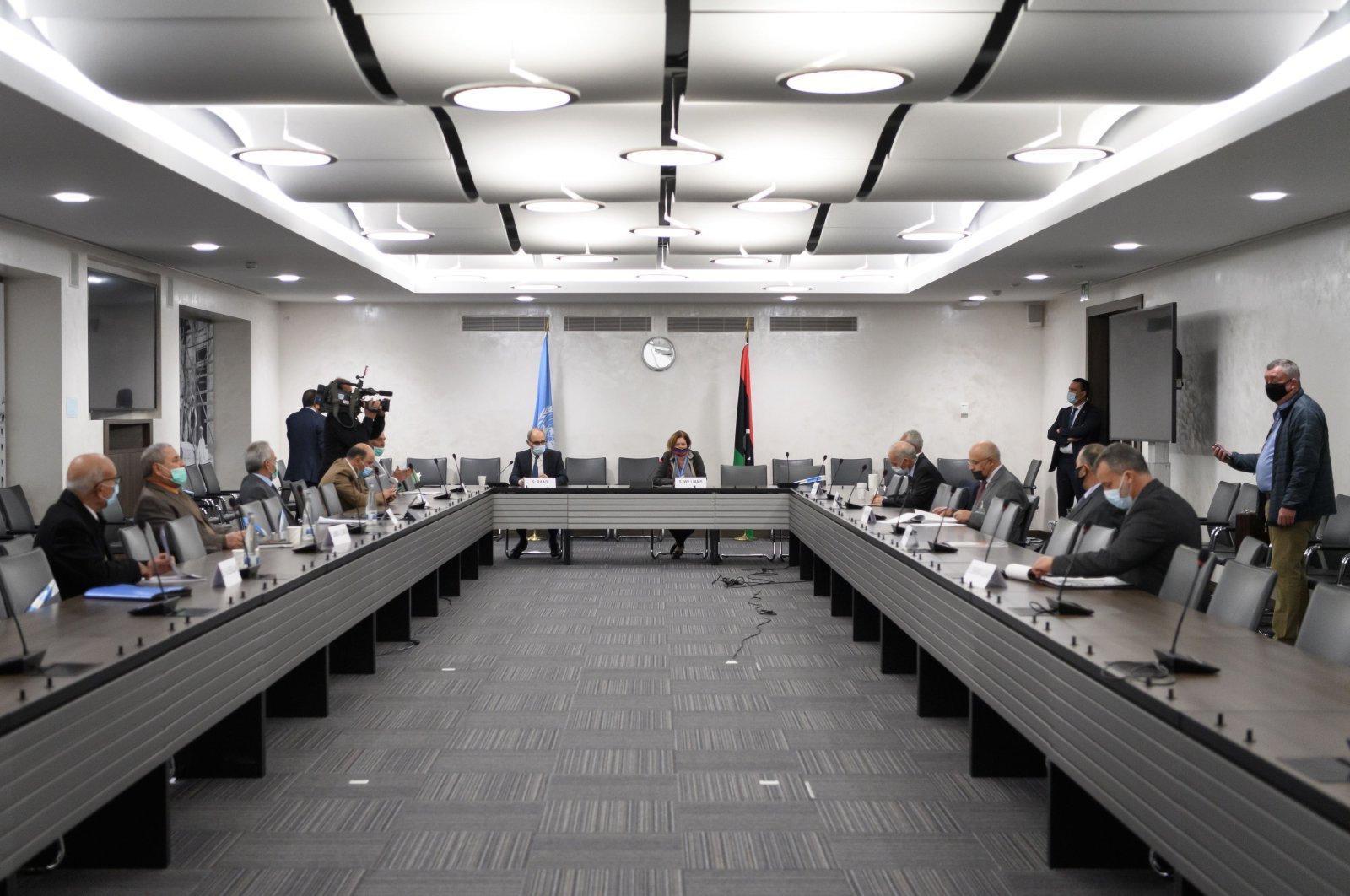 The United Nations' acting Libya envoy said on Wednesday she was "quite optimistic" that talks between the warring sides would lead to a lasting cease-fire after they agreed to reopen land and air routes between them.

Speaking at a news conference, Stephanie Williams said the two sides' meeting in Geneva this week had also agreed to maintain "the current state of calm on the front lines and to avoid any military escalation."

"I'm quite optimistic... there is an air of seriousness and commitment," Williams, told a press conference.

"I am pleased to report that the two sides have reached agreement on several important issues which directly impact the lives and welfare of the Libyan people," she said.

There was a "real determination to preserve the country's unity and sovereignty," she added.

She urged the two parties "to solve all outstanding issues and forge a lasting cease-fire agreement."

"We are, in a sense, in a bit of a race against time here, because of the conditions in the country, and frankly because of the degree of flagrant foreign intervention and blatant violations of the arms embargo."

Libya has been wracked by conflict since the overthrow of late Libyan leader Moammar Gadhafi in 2011. The two main factions are based around the internationally-recognized Government of National Accord (GNA) in Tripoli and a parliament in the eastern city of Tobruk.

Eastern-based putschist Gen. Khalifa Haftar, backed by Egypt, France, Russia and the United Arab Emirates, launched an offensive on Tripoli in April 2019 but was repelled by GNA forces.

This week's meeting between GNA and Haftar’s military negotiators in Geneva will be followed by a political dialogue in Tunis beginning Nov. 9, Williams said, adding that foreign countries involved in the conflict "need to take their hands off Libya."

The meetings make up the security aspect of three-track talks, also involving political and economic tracks, that are aimed at lifting Libya out of its grueling conflict.

Libyan oil output resumed in August after an eight-month blockade by Haftar militias but state producer National Oil Corporation (NOC) has warned of risks posed by the Petroleum Facilities Guards (PFG), made up of local armed groups.

Williams said the sides in Geneva had agreed to delegate PFG commanders from both the east and west to work with a NOC representative to present a proposal to restructure the guards to "ensure the increase and continuation" of oil flow.

She added that they had agreed to make progress on an exchange of detainees between the warring sides and that the first flights between Tripoli and the eastern city of Benghazi would resume this week.

Williams added that GNA Prime Minister Fayez al-Sarraj's announcement that he intends to step down by the end of this month "should help end the long period of transition" and move toward a democratically elected government and institutions.