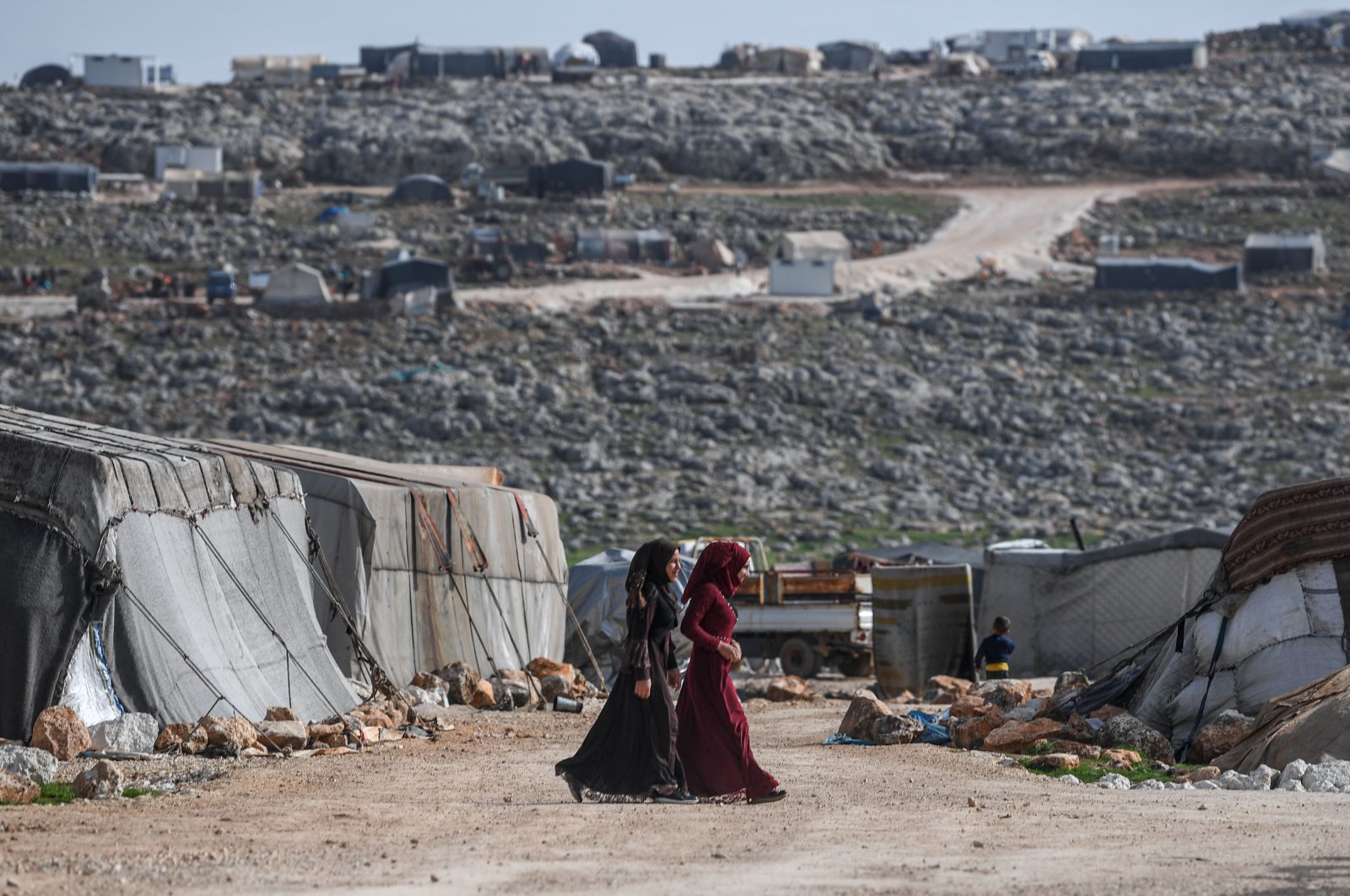 Almost a decade after a brutal civil war erupted in Syria, causing the suffering of millions of civilians, the U.N. sees the political process as the only viable solution for the country's future

After nine years of conflict, blood, suffering and displacement, the U.N. sees a political solution as the only option to prevent further humanitarian crises in Syria.

Speaking to Daily Sabah via responding to a list of questions through e-mail, U.N. Under-Secretary-General for Humanitarian Affairs Mark Lowcock said that “A political solution is the only option. The people of Syria need international humanitarian law to be respected. In the meantime, the U.N. will continue to help as many people as possible, wherever they are located. Lives can be saved and suffering alleviated when funding is in place. Many have been extraordinarily generous with funding over several years. We must stay the course.”
According to the U.N.’s latest humanitarian assessments, the Syrian conflict has produced more than 5.6 million Syrian refugees and 6.1 million internally displaced people. More than 11 million people inside Syria require humanitarian assistance, including 4.8 million children. Only 64% of hospitals and 52% of primary healthcare centers across Syria were fully functional at the end of last year. Up to 70% of the health workforce has left the country. The number of people without reliable access to food is nearly 8 million and in just one year, it has increased by more than 20%. Across the country, 500,000 children are chronically malnourished. The number of displaced people seeking refuge in informal settlements and collective camps has increased by 42% year on year, to a total of 1.2 million this year.
“Nine years of conflict have left a devastating impact on the people of Syria,” said Zoe Natasha Paxton, spokesperson for United Nations Office for the Coordination of Humanitarian Affairs (OCHA).

Paxton stated that the situation in the northwestern parts of the country is “deeply concerning and the most brutal manifestation of the Syria crisis right now.”

So far, there have been multiple efforts for a political solution for Syria, the latest of which came with the formation of a constitutional committee under the U.N.'s supervision.

The planned constitutional committee, including representatives from the opposition, the regime and guarantor countries, was supposed to be tasked with writing and establishing Syria's post-war constitution, which is seen as a stepping-stone to elections in the war-torn country. The committee consisted of 150 members, including a 50-member delegation from the regime and a 50-member delegation from the opposition. Although formed with high hopes, numerous objections on various topics from the Syrian regime, including the members themselves, and the concerning developments from the field, the committee has failed to meet the expectations so far.

“Humanitarian needs in Syria are huge; they are also complex,” said Paxton.

Regarding the developments in northwestern Idlib province, Paxton stated that the lack of shelters is causing further problems for the people who managed to survive Syrian regime attacks.

“Women and children have been forced to move countless times and sleep in the open as camps are full. They are struggling to survive in horrific conditions and spend their days trying to get out of harm’s way,” she added.

U.N. figures state that in the northeast of Syria, nearly 100,000 people live in camps, without access to basic services and with no immediate prospect of returning to their homes. They get by in living conditions of last resort.

“Some 10-year-old children have gone their whole lives without ever sitting in a proper classroom,” Paxton highlighted.

However, although the situation is troubling in northern parts, the rest of the country is suffering from the repercussions of the civil war as well.

“Elsewhere in the country, people whose lives have been turned upside down by conflict are dependent on food assistance to feed their families because of the dire economic situation. Their prospects and sense of hope for the future are closing, and they are vulnerable to sudden economic shocks and change,” Paxton said in regard to the conditions in the rest of Syria.

Pointing at the presence of more than 5 million Syrian refugees in neighboring countries, with uncertain prospects of returning, Paxton said that in many cases, their homes have been destroyed, making it impossible for the displaced to go back.

“In some cases, they face the prospect of never rejoining family members. Poverty rates for Syrian refugees vary across the region but exceed 60% in some countries,” she said.

The U.N. has said that of those Syrian refugees across the region, 93% live within host communities rather than in camps. Turkey hosts the highest number of refugees in the world, while Lebanon and Jordan have among the highest concentration of refugees per capita in the world. Generous communities with high numbers of refugees have had to cope with the additional demands on their public services and basic infrastructure. Last year the U.N. received only 58% of the funding required to support refugees across the region.

According to Lowcock, although there is a brutal simplicity to these numbers, the humanitarian crisis Syria faces is far from simple.

“In the northwest, women and children are sleeping in the open and fleeing bombs. In the northeast, children have spent their entire lives in camps. Elsewhere across the country, people’s prospects and hope for the future are being gradually eroded in the face of economic crisis,” he said.

“The relief operation has been generously funded, and it saves lives on a daily basis,” Paxton further said regarding the U.N.’s contributions to the civilians in the region.

In 2019, the U.N. and its partners reached over 6 million people each month throughout Syria. In January of this year, food assistance for around 1.4 million people was delivered via the cross-border mechanism alone, as were health supplies for almost 500,000 people and non-food items for more than 230,000 people. That is more than in any other month since the cross-border operation was authorized in 2014.

“The humanitarian relief effort is effective. It saves lives and it reduces suffering,” she ensured.

Throughout the conflict, the humanitarian system has used all available means to get aid to those who need it – from airdrops to crossline deliveries to cross-border deliveries.

“This year, and every year the people of Syria need our help, the U.N. will get aid to as many of those that need it as possible. The U.N. cares about all Syrians,” she said.