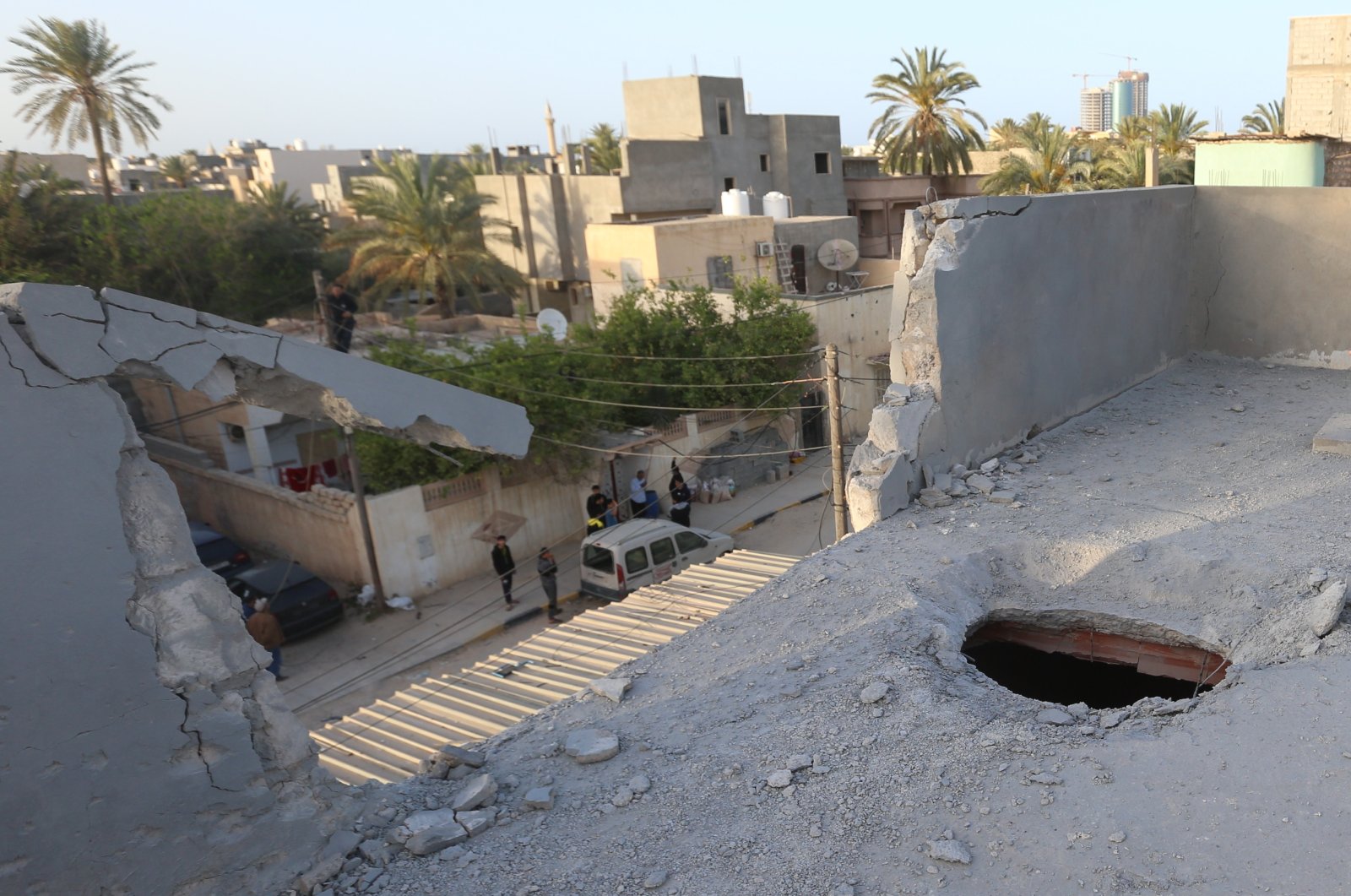 Despite 850 violations of the fragile cease-fire in Libya, the U.N. has renewed its call for the halt of hostilities in the war-ravaged country where fighting continues with intensity

In the face of surging violence in Libya, which has violated the fragile cease-fire 850 times since January, United Nations Secretary-General Antonio Guterres renewed his call for a truce on Thursday.

“I recently called for an immediate global cease-fire to focus on our common enemy – the virus. I repeat that appeal today, recalling the words of the Holy Quran “and if they incline to peace, then incline to it,” Guterres underlined in a video, adding that many people in conflict zones will once again be tragically marking this month with war and insecurity all around.

International efforts to enforce a cease-fire have proven unsuccessful in recent months due to persistent violations by putschist Gen. Khalifa Haftar's forces, which have intensified their attacks on the Libyan capital Tripoli in an attempt to seize it while the U.N.-recognized Government of National Accord (GNA) is trying to defend it.

Another civilian was killed on the first night of the Muslim fasting month of Ramadan in an attack carried out by warlord Haftar's forces on a civilian settlement in Tripoli, medical officials said early Friday. Three other civilians had been injured by Haftar militias just the day before during shelling targeting residential areas on the outskirts of Mitiga International Airport, a regular target for Haftar's forces.

Last week, GNA forces launched a military operation to recapture Tarhouna, a town of strategic value for Haftar and his last major stronghold in the area surrounding Tripoli. Tarhouna is a major focal point for Haftar's militias in their onslaught against Tripoli as well as for their supply lines from Al-Jufra air base.

'Can't really call it a truce'

Libya has a truce "in name only," U.N. acting special envoy of the U.N. Support Mission in Libya (UNSMIL) Stephanie Williams said Thursday in a news conference, reporting hundreds of breaches and expressing concern about the reported use of chemical weapons.

"You can't really call it a truce; you can't call it a cease-fire," the U.N. Libya envoy told reporters in an online press briefing.

There have been two truces and cease-fires which both parties, warlord Haftar and the GNA, have signed up to. One was the Jan.12 truce in the German capital Berlin that was called up as a result of the efforts of President Recep Tayyip Erdoğan and his Russian counterpart Vladimir Putin. Since Jan.12 and up until now, over 850 violations have been recorded by the U.N. with 70 breaches during the last week alone. Violations continued even following the cease-fire agreed to by the warring parties in response to the calls for a humanitarian truce for the COVID-19 crisis.

The U.N. stressed that 49 civilian casualties were recorded between April 14 and April 20, including eight deaths.

Libya is struggling with divided institutions, dysfunction, corruption, a struggling economy and very few or no oil revenues coming in. According to the U.N., since the blockade was imposed around mid-January, the country has lost $4 billion at least in oil revenues while the country also faces a new threat: COVID-19.

“We are at the beginning of the holy month of Ramadan; the Secretary-General has sent out his Ramadan greetings and has reiterated his call for a cease-fire, for an end to the conflicts throughout the region. He obviously had a global cease-fire call in conjunction with the COVID pandemic, which was echoed by many member states and regional organizations. Unfortunately, that call has thus far been ignored,” Williams stated.

Following the U.N.'s calls for the end of hostilities in Libya, Italy also expressed its support regarding the matter on Friday.

"On the occasion of the beginning of Ramadan, the holy month for Islamic communities around the world, Italy expresses its firm support to the appeal launched by the Acting Special Representative of the United Nations Secretary-General, Stephanie Williams, for a humanitarian truce in Libya," a written statement of the Italian foreign ministry said.

It added that Italy hoped that all countries and international organizations that participated in the Berlin process would publicly associate themselves with this appeal, as a first step toward a real and lasting cease-fire.

"While fighting has unfortunately intensified in recent weeks, the Ramadan holiday represents an opportunity to silence the weapons – as already happened, albeit briefly, in August 2019 during the Eid el Adha festivity – to face the COVID-19 emergency, resume the path of political dialogue and try to alleviate the difficulties and sufferings of the most vulnerable people in Libya, including IDPs, migrants and asylum seekers," the statement concluded.

Libya is turning into "an experimental field for all kinds of new weapons systems," the U.N. envoy highlighted, saying that this week's reports of chemical use in the civil war-stricken country were "very, very concerning."

"We have something called the RPO-A flame thrower, which is some kind of thermobaric system that is being used in the southern suburbs of Tripoli. We have new UAVs that are being brought in, including a UAV that is essentially like a suicide UAV that explodes on impact," Williams said.

"These are just two examples of very frightening systems that are being deployed in an urban setting which is completely unacceptable," she added.

Russian private military contractor Wagner was accused by Libya's interior minister on Wednesday of carrying out a chemical attack in Libya. The Wagner group, one of the most controversial among mercenary groups, used a nerve agent against forces of the GNA in the Salah al-Din area in southern Tripoli, Fathi Bashagha told reporters.

"We are in strong cooperation with Turkey, the U.S. and the U.K. to ensure security in Libya," Bashagha said.

Williams stated that she had an exchange with the interior minister regarding the issue and that the issue was referred to a panel of experts who will look into the alleged attack.

Since the ousting of longtime ruler Moammar Gadhafi in 2011, two seats of power have emerged in Libya: Haftar in eastern Libya, supported by Russia, Egypt and the United Arab Emirates, and the GNA in Tripoli, which enjoys U.N. and international recognition.