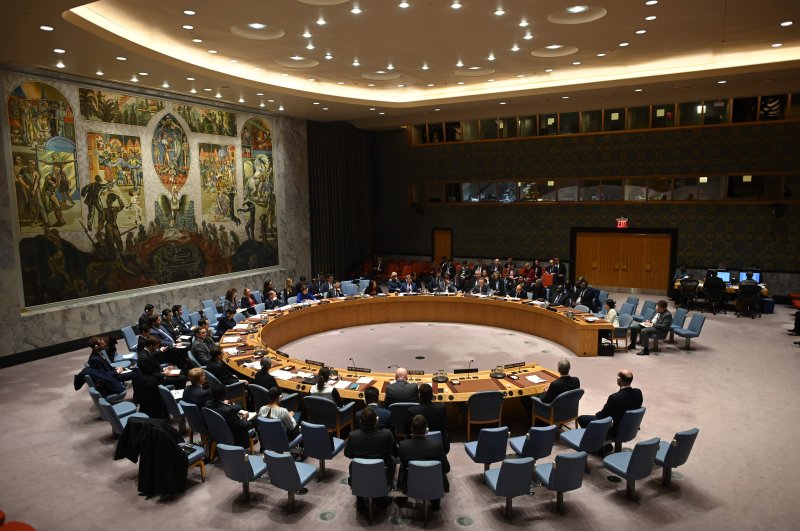 The U.N. Security Council on Friday held an emergency meeting on the latest developments in Syria, a diplomat said.

The meeting comes in the wake of Syrian regime airstrikes that killed 33 Turkish troops in northwestern Syria's Idlib province.

The acting chairman of the council, Belgian Ambassador Marc Pecsteen de Buytswerve, told reporters that the meeting has been requested by the U.S., Germany, Britain, France, Belgium, Estonia and the Dominican Republic.

"Turkey does not want war, but Turkey will not hesitate to use force when and if its security is threatened. Any provocation and harassment will be retaliated by all means," Siniroğlu said.

The U.S. envoy to the U.N. offered condolences to Turkey and expressed Washington's support behind Ankara.

He demanded Russia immediately ground its warplanes and Syrian regime forces and their Russian backers withdraw to cease-fire lines first established in the Sochi agreement.

"A permanent ceasefire is the answer for this conflict," she said.

"There are no military solution, but a political solution," Heusgen said, urging Moscow and the regime to fully abide by their obligations under international law.

"We need humanitarian cease-fire and we are ready to work with Russia and Turkey," he said.

The airstrikes by Bashar Assad regime forces marks the largest death toll for Turkey in a single day since it first intervened in Syria in 2016. It is a major escalation in a conflict between Turkish and Russian-backed Assad forces that has raged since early February.

At least 54 Turkish troops have now been killed in Idlib during that time.

Turkey retaliated in kind and destroyed regime targets, as Turkish officials urged the international community to take action against the Assad regime’s flagrant violations in the region.