UN sends 39 trucks of aid to Syria's Idlib through Turkey 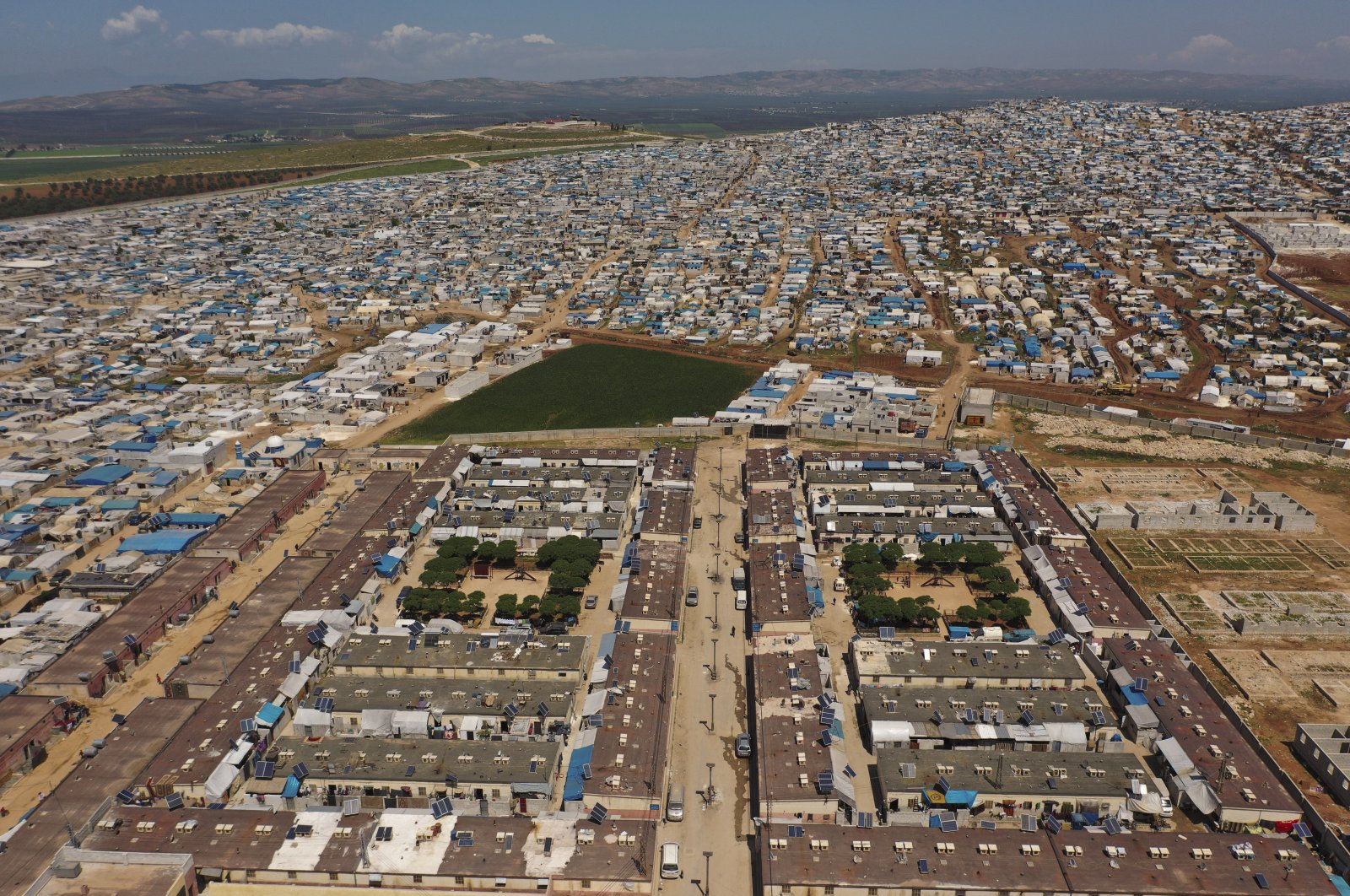 A large refugee camp pictured on the Syrian side of the border with Turkey, near the town of Atma, in Idlib province, Syria on April 19, 2020. (AP File Photo)
by agencies Sep 07, 2020 2:12 pm
Edited By Şeyma Nazlı Gürbüz
RECOMMENDED

The United Nations on Monday sent 39 truckloads of humanitarian aid to northwestern Syria, where millions of people are in need of assistance due to internal conflict.

The aid will be distributed among residents of Idlib and nearby rural areas.

Syria has been ravaged by civil war since early 2011 when the Bashar Assad regime cracked down on pro-democracy protesters.

The province has long been under siege by the Assad regime's forces and its allies, and previous cease-fires in the region have been plagued by violations. The province's population had gradually increased as many people have fled from regime attacks and oppression by terrorist groups. The displacement of civilians has intensified since mid-December, however, when the Russian-backed Assad regime started a new assault to seize the last opposition bastion. It is estimated that over 1 million Syrians have moved near the Turkish border due to intense attacks over the last year, while half of these Syrians were displaced after November 2019.

As tensions heightened, Russia and Turkey in March reached an agreement to halt the violence and the flow of displacement. As part of their deal, military activities were stopped in Idlib and a 6-kilometer (3.7-mile) security corridor was established along the critical M4 highway. Since the cease-fire, relative calm has prevailed in the region, while Turkey and Russia have been conducting joint patrols along M4.

In July, the number of gates for aid deliveries between Turkey and Syria reduced from two to one. For the next year, only the Bab al-Hawa border crossing opposite Cilvegözü will remain open for aid delivery for another year.