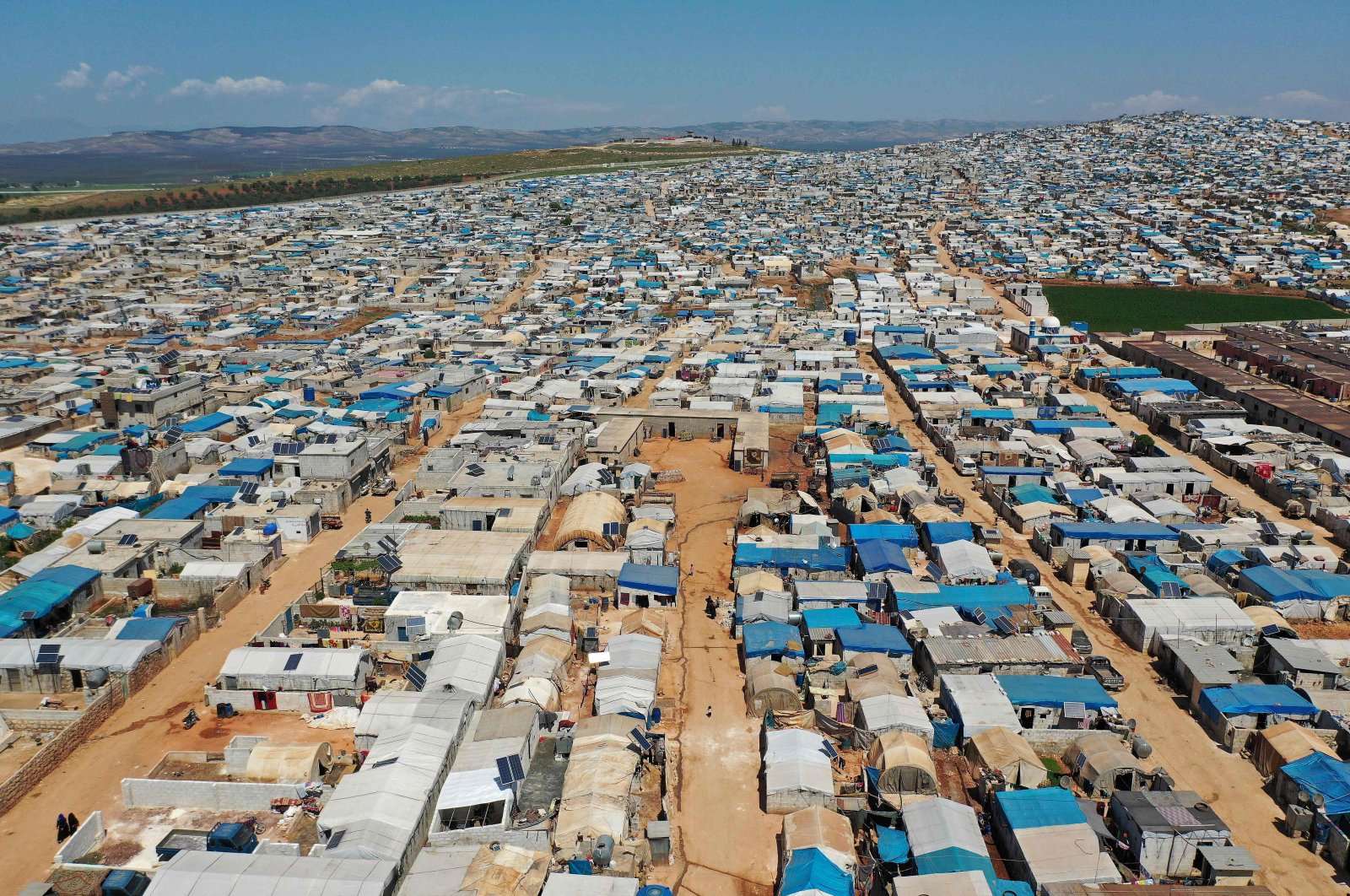 An aerial view shows the Atme camp for displaced Syrians close to the border with Turkey in Syria's northwestern Idlib province, on April 19, 2020. (AFP)
by Anadolu Agency Apr 21, 2020 1:29 pm

The United Nations on Tuesday dispatched 55 truckloads of humanitarian aid to Idlib, a northwestern Syrian province where millions are desperately seeking assistance.

The trucks loaded with aid entered Syria through the Cilvegözü border gate in Turkey's southern Hatay province, which borders Idlib.

The supplies will be distributed to people in Idlib city and nearby rural areas.

Hundreds of thousands of people have been killed and more than 10 million have been displaced, according to U.N. estimates.

Idlib falls within a de-escalation zone, according to an agreement between Turkey and Russia in late 2018.

The area has been the subject of multiple cease-fire understandings, which have been frequently violated by the Assad regime and its allies.

The de-escalation zone is currently home to 4 million civilians, including hundreds of thousands displaced in recent years by regime forces throughout the war-weary country.