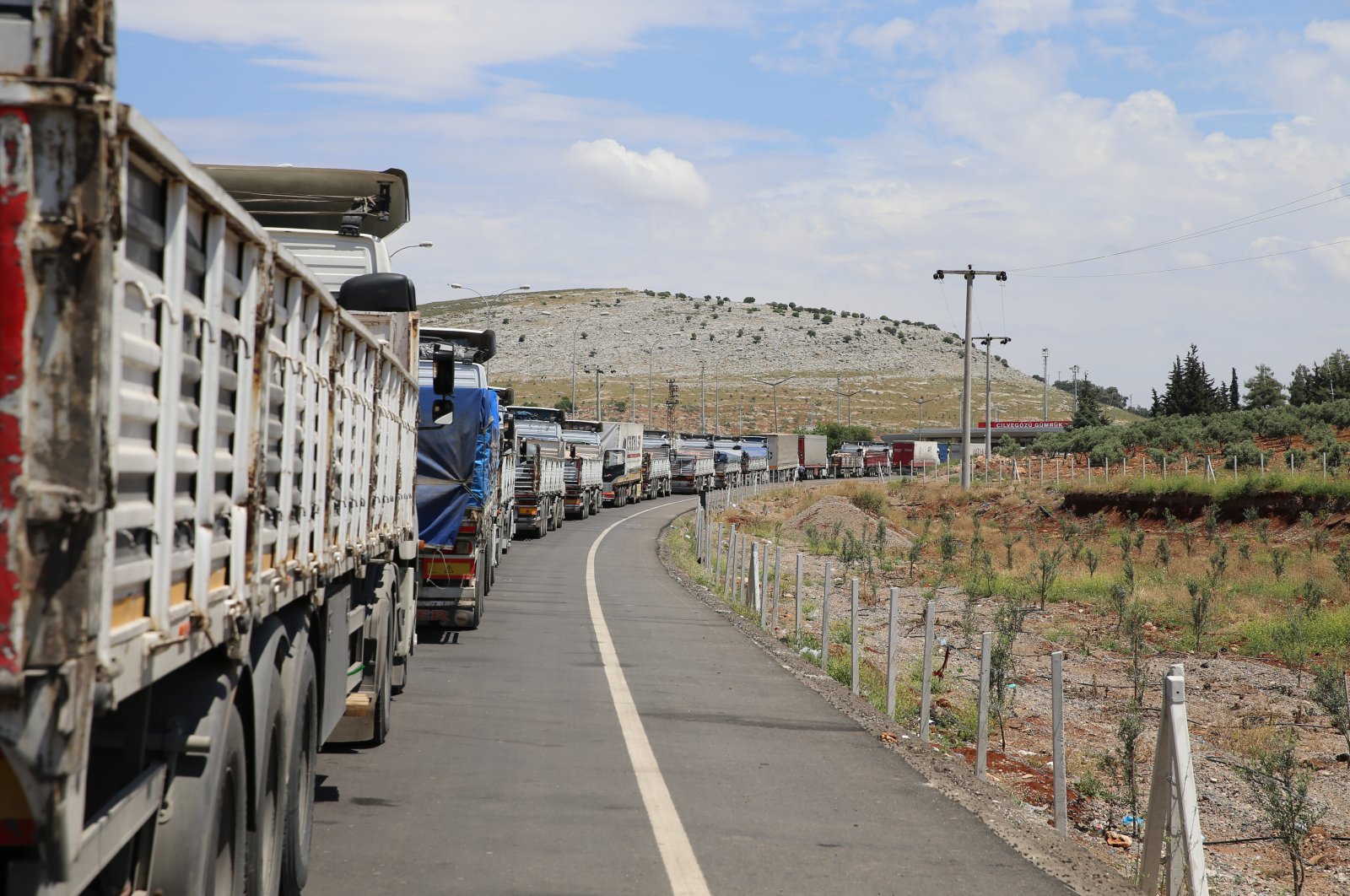 The 52 trucks loaded with the supplies entered Syria through the Cilvegözü border gate in Turkey's southern Hatay province, which borders Idlib, May 6, 2020. (AA)
by Anadolu Agency May 06, 2020 4:15 pm

The trucks loaded with the supplies entered Syria through the Cilvegözü border gate in Turkey's southern Hatay province, which borders Idlib.

The aid will be distributed to people in Idlib city and nearby rural areas.

Idlib falls within a de-escalation zone. The area has been the subject of multiple cease-fire understandings, which have frequently been violated by the Bashar Assad regime and its allies.