UN to continue aid deliveries to Syria via 1 gate, human rights groups worry it is not enough 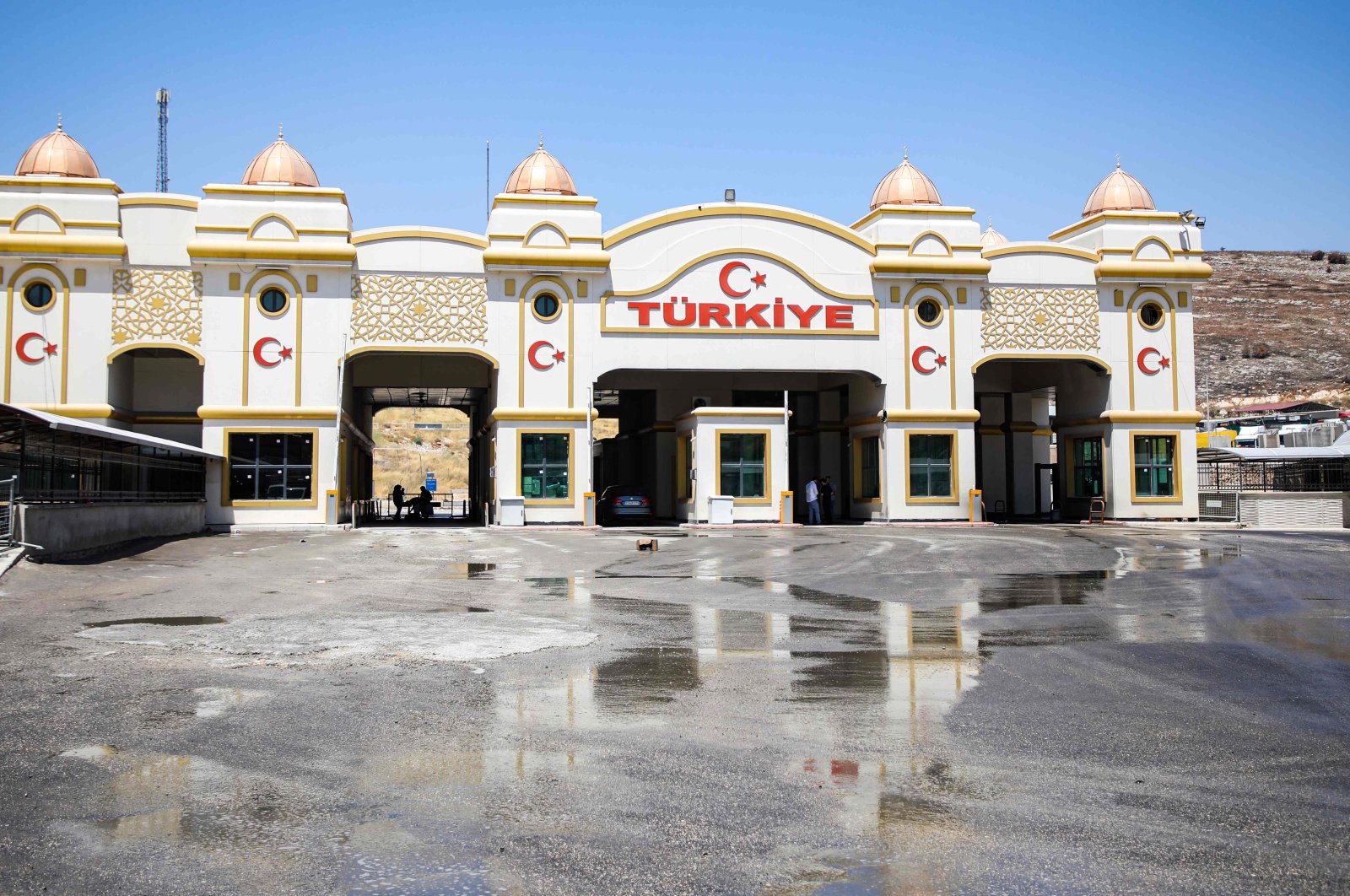 A view of the Syrian side of the border checkpoint at the Bab al-Hawa crossing between Turkey and Syria's northwestern Idlib province, July 27, 2019. (AFP)
by Compiled from Wire Services Jul 12, 2020 11:52 am
RECOMMENDED

The United Nations Security Council on Saturday approved the delivery of humanitarian supplies to Syria for one year through a single border gate in its fifth round of talks, prompting aid groups to be concerned as to whether it will be enough to meet the region's needs.

The 15-member council reduced the number of gates for aid deliveries between Turkey and Syria from two to one. For the next year, only the Bab al-Hawa border crossing opposite Cilvegözü will remain open for aid delivery for another year.

After strenuous backroom negotiations, the arrangement was reached to prevent Russia's veto and to renew an authorization that has been in effect since 2014 but expired on Friday.

The council had been deadlocked, with most members pitted against Syrian allies Russia and China, in the council's fifth vote on the issue this week.

The resolution drafted by Germany and Belgium was supported by 13 countries, while Russia, China and the Dominican Republic abstained.

Under the resolution, the Bab al-Salam border crossing opposite Oncupinar will be closed for U.N. aid deliveries. As many as 300,000 vulnerable Syrians in northern Aleppo used to get U.N. assistance through the gate. Around 2.8 million people in northwestern Idlib will, however, continue receiving aid through the Bab al-Hawa, which will remain open.

Earlier, Turkey had asked for an extension of Security Council Resolution 2504 for another year to keep the Cilvegözü and Öncüpınar border gates open for Syrian aid delivery.

Rights groups: One gate not enough

Although being able to deliver aid to the region after a long break provides hope, humanitarian agencies are concerned that having only one gate to reach the region may not be enough to meet the needs of so many.

"In northwest Syria, where a vital cross-border lifeline has been closed ... it will be harder to reach an estimated 1.3 million people dependent on food and medicine delivered by the U.N. cross-border," aid agencies operating in Syria said in a joint statement.

"Many will now not receive the help they need. Lives will be lost. Suffering will intensify," the statement expressed. "With the first case of COVID-19 confirmed in Idlib, an area with a severely weakened health infrastructure, this is a devastating blow."

In a separate statement, Physicians for Human Rights said the resolution shuts down "direct routes to hundreds of thousands of displaced Syrians in dire need of food and medicine."

Louis Charbonneau, U.N. director at Human Rights Watch, said: "Council members buckled and gave Moscow what it wanted – a further drastic reduction of cross-border aid to desperate Syrians who rely on it for survival."

Save the Children also condemned the U.N.'s failure so far to renew the aid distribution authorization.

"The border crossings were the only meaningful way for vital humanitarian aid ... to reach families in northwest Syria," it said in a statement.

"If the border crossings are not reinstated, many families will not be able to eat, will not receive health care, and will not find shelter," said the charity's CEO, Inger Ashing.

Refugees concerned for their lives

Similar concerns were also shared by locals in the region who have been suffering not only from forced displacement but also from the pandemic.

In a crowded Idlib displacement camp, 45-year-old Nasr Sultan said life without aid will plunge many of those who had already lost their homes in Syria's nine-year war into hunger.

"We have abandoned our home, our land and our livelihoods. The aid they give us is all we have," he said from inside his tent near the town of Maaret Misrin. "If the assistance is scrapped, we will face famine."

Nasr's family fled their hometown in southern Idlib to safer areas near the border with Turkey after a regime offensive displaced nearly a million people between December and March.

Apart from food insecurity, Idlib has recorded at least three cases of COVID-19 since Thursday, sparking fears of a health catastrophe if the pandemic hits overcrowded displacement camps. The confirmed cases are all medical personnel working in hospitals near the Turkish border.

"If medical assistance is not delivered to the camps, then we will be finished," said Nasr. "The coronavirus will get us," he underlined.

Abed al-Salam Youssef, also displaced, said camp residents will be more vulnerable to the coronavirus if aid is halted, especially since many will have to venture out to seek food and work.

"How can we commit to confinement inside the camps if people can't even secure their basic daily needs without humanitarian assistance?" he asked.

"Most of the displaced rely entirely on monthly food baskets" distributed by aid groups to survive, Youssef added.

Standing in front of his tent in the Maaret Misrin camp, al-Salam fears for the future. Millions of Syrians will face "a huge catastrophe in front of the eyes of the world," he said.