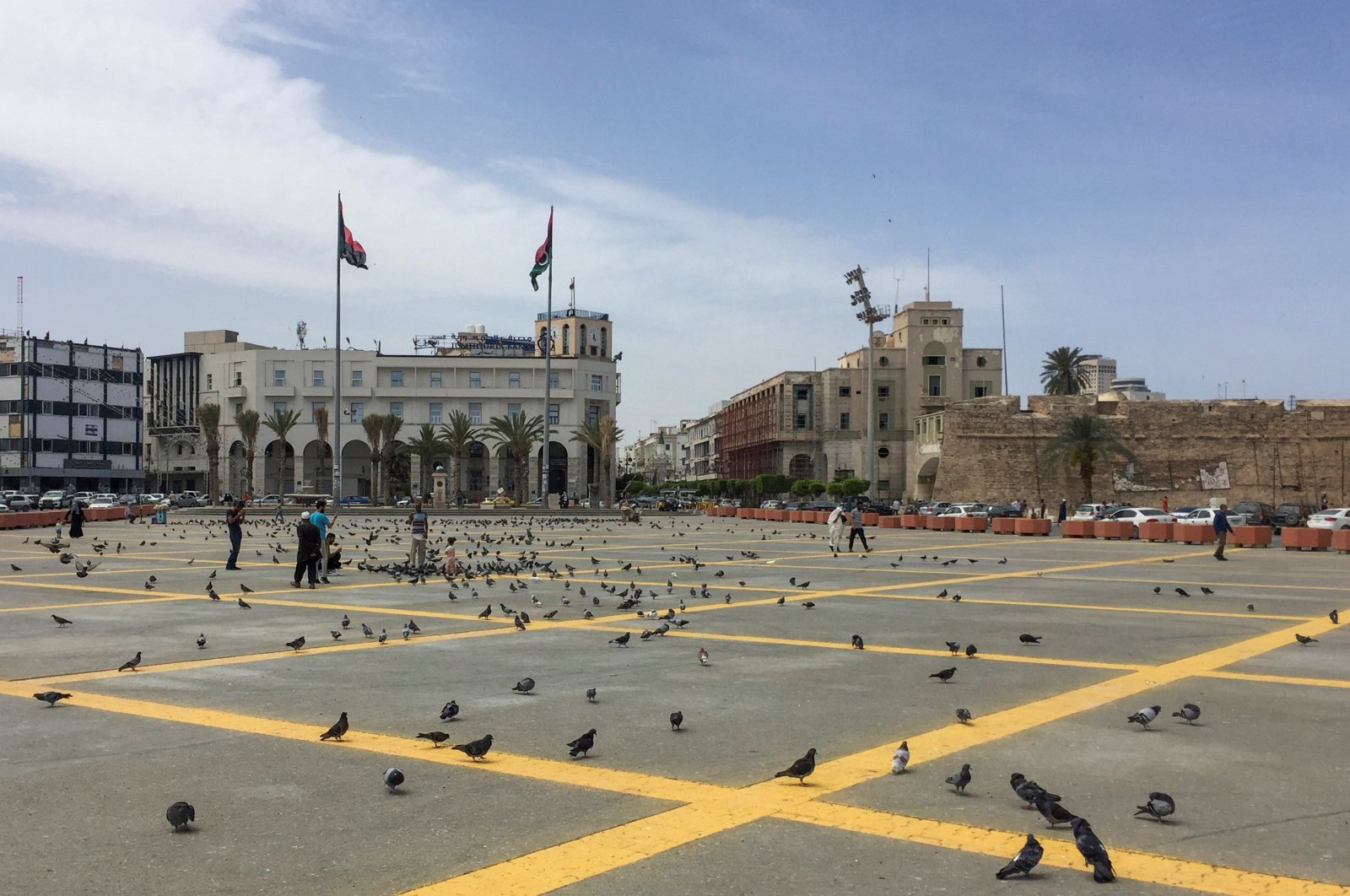 People are seen at Martyrs' Square following the outbreak of the coronavirus disease (COVID-19), during the holy month of Ramadan in Tripoli, Libya, April 29, 2020. (Reuters Photo)
by DAILY SABAH May 07, 2020 1:34 pm
Edited By Dilara Aslan
RECOMMENDED

The United Nations' acting special envoy of the U.N. Support Mission in Libya (UNSMIL) Stephanie Williams in a phone call to Fayez al-Sarraj on Wednesday welcomed the Libyan prime minister's recent statement calling on all parties and political actors to urgently resume the political dialogue under UNSMIL auspices to prevent further escalation of tensions in the war-ravaged country.

Williams and Sarraj discussed and reviewed the latest developments in Libya while the U.N. envoy highlighted that this initiative and other recently announced and similarly positive initiatives, constitute a momentum that “must be built upon to end the fighting and resume a comprehensive political process.”

Sarraj on Tuesday called for an agreement on a comprehensive road map and a political process that would bring together all Libyans, either through amending a 2015 political agreement, forming a presidential council and naming a separate prime minister, or conducting a general election in the near future.

Williams further stressed UNSMIL’s readiness to resume the intra-Libyan political track based on the Berlin conference and its conclusions. She renewed her call on all parties to the Libyan conflict to cease all military operations immediately and spare the Libyan people further suffering.

The U.N.-sponsored peace talks between putschist Gen. Khalifa Haftar and the official government ended without reaching an outcome in February. Three tracks were determined in the application of the Berlin conference's conclusions reached on Jan. 19. The first one was the military track, which brought together five senior military officers from Haftar's so-called Libyan National Army and five representatives aligned with the internationally recognized Government of National Accord (GNA). The second track was an economic and financial track, while the third was political.