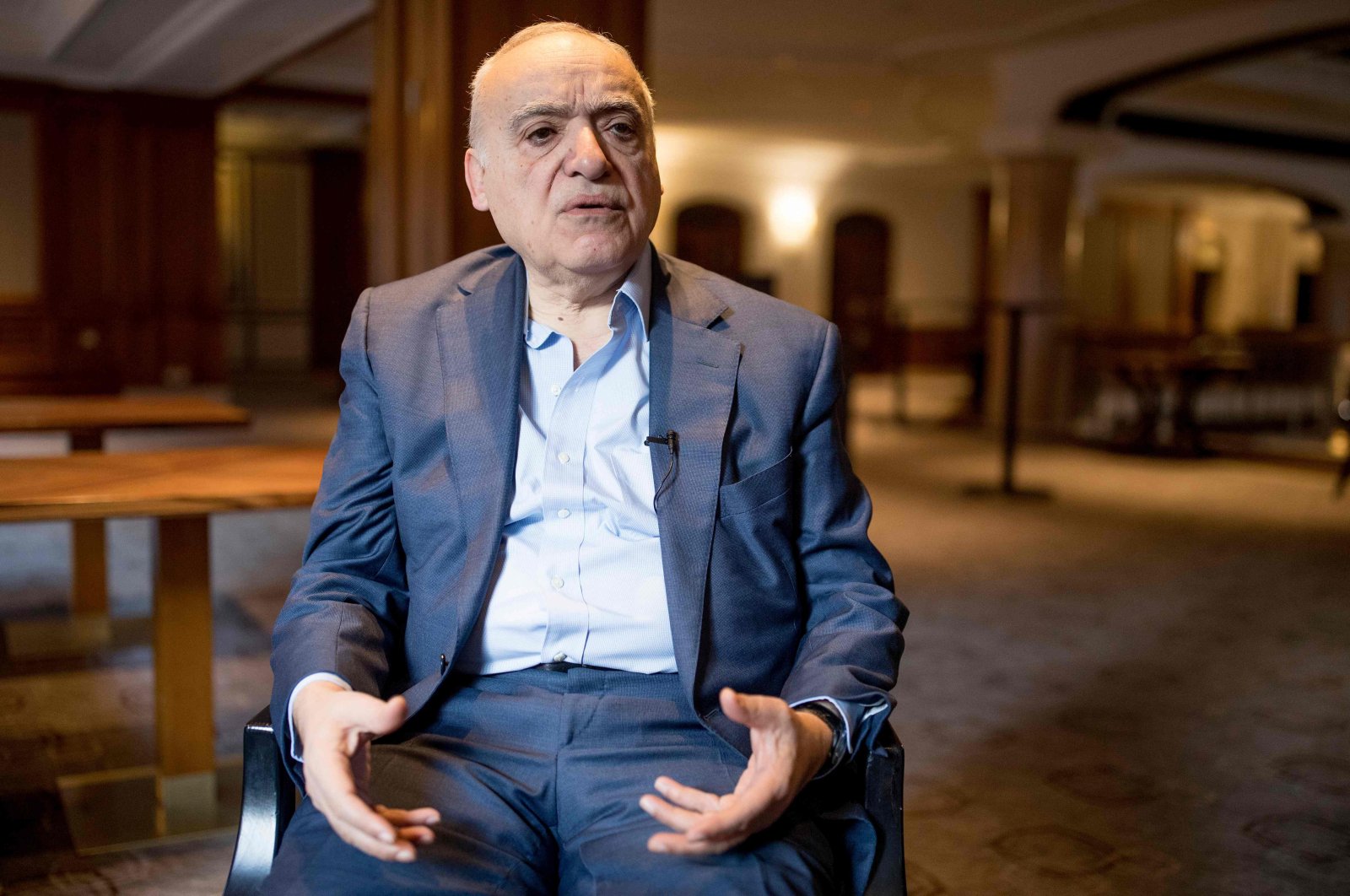 The United Nations' former Libya envoy Ghassan Salame attacked the world body's Security Council on Wednesday, saying he had been "stabbed in the back" and accusing member states of "hypocrisy."

He said that the day putschist Gen. Khalifa Haftar attacked the U.N.-recognized legitimate government’s capital Tripoli, he had most of them supporting him.

His job had involved efforts to end years of turmoil in Libya since the 2011 overthrow of longtime dictator Moammar Gadhafi, which left the North African country divided between rival governments and beset by violence.

Salame resigned almost a year after eastern-based Haftar launched an offensive in April to seize the capital Tripoli, the seat of the Government of National Accord (GNA).

Speaking to the Centre for Humanitarian Dialogue (HD), a Swiss-based private diplomacy organization, Salame said Wednesday he had felt "irrelevant" and "stabbed in the back by most of the Security Council members because, the day he attacked Tripoli, Haftar had most of them supporting him."

The former Lebanese culture minister and professor of international relations was appointed U.N. envoy in June 2017 and had struggled to bring Haftar and Libya's U.N.-recognized unity government together for peace talks.

Haftar's surprise attack on Tripoli on April 4 last year came just days ahead of long-awaited U.N. talks, prepared with the help of the HD.

Russia has supported Haftar, while its fellow permanent member of the U.N. Security Council France is also suspected of doing so, although it insists it is neutral in Libya's conflict.

Salame said the strongman's offensive had halted peace efforts the U.N. had been preparing for a year. He said "important countries" – which he did not name – had been "plotting" to prevent the conference from taking place.

"They didn't want it to happen," he said.

"You could see clearly that (Haftar) was confident that a number of big powers were supporting this attack and he mentioned some of them by name. He even quoted from conversations he had with their leaders," he added.

"That's where you felt, as the U.N., that the hypocrisy of countries at this stage has reached limits that make your work very problematic."

The diplomat said the "deregulated" international system was now such that "leaders of important countries do not feel any scruples" about making false statements.

The situation in Libya had shown a collapse in multilateralism and international cooperation, with the U.N. becoming "a theatre of the absurd," he said.

Asked what his message was to the countries responsible, he said: "I'm very angry!"