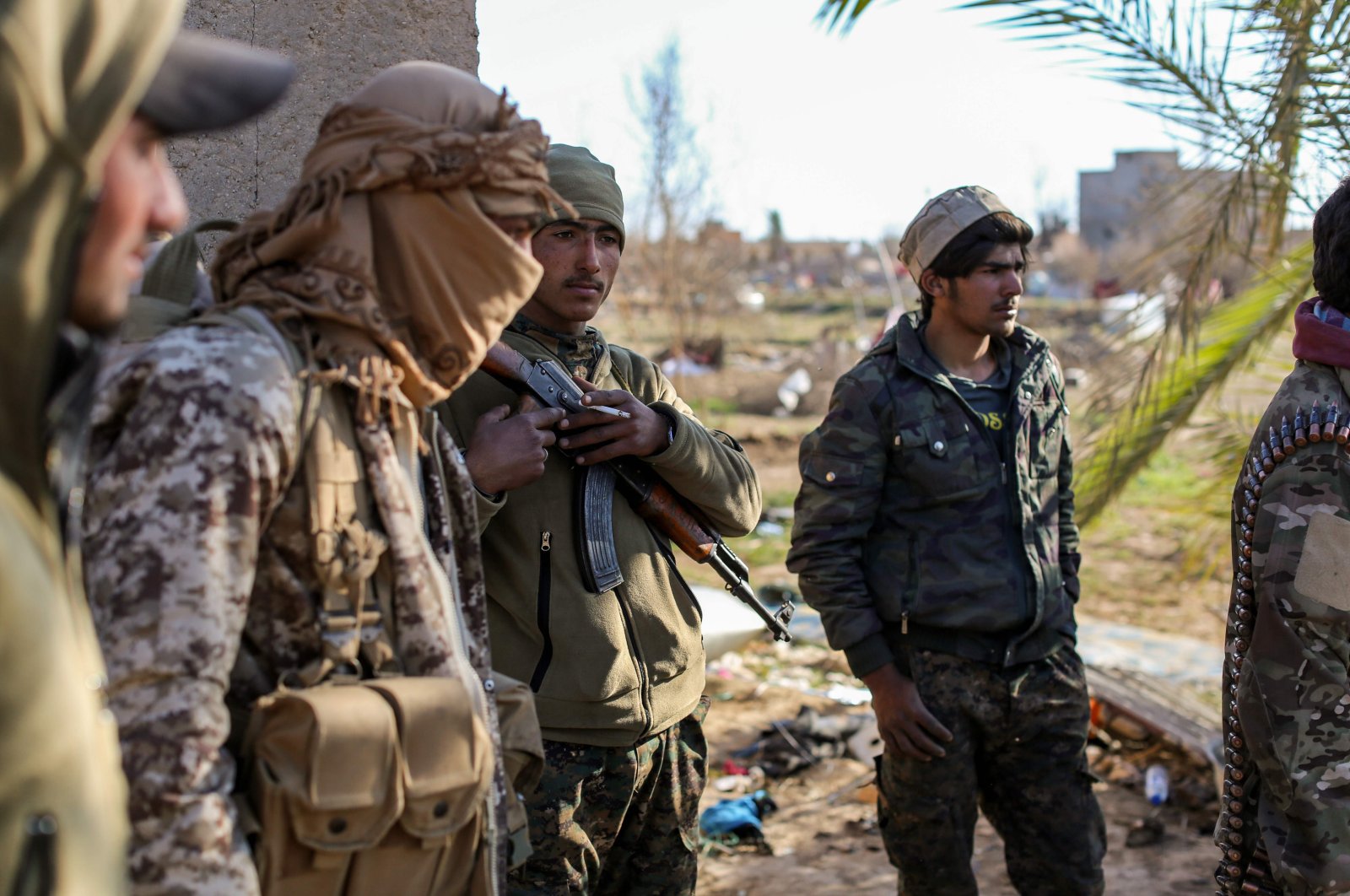 YPG/PKK terrorists check a makeshift camp for Daesh terror group members and their families in the town of Baghouz, in the eastern Syrian province of Deir el-Zour, March 9, 2019. (AFP Photo)
by DAILY SABAH WITH AA Jul 23, 2020 10:31 am
RECOMMENDED

The YPG/PKK terror group killed a young man whom they were holding for ransom while torturing him in areas under their occupation in northern Syria.

According to information obtained from local sources, the terrorists held Azaba Aziz as-Shallash against his will in the Tabqa district of Raqqa province for supposed involvement in terrorist groups.

After keeping as-Shallash in Tabqa for a week, the terrorists took him to al-Kasra prison in Deir el-Zour province.

The 26-year-old was tortured to death when his destitute family could not pay the large sum demanded by the YPG/PKK for his release.

The YPG/PKK terrorists returned the body to as-Shallash's family earlier in the week without telling them his cause of death.

There were marks of aggravated torture on his body.

As-Shallash and his family came to Tabqa two years ago to escape clashes in Deir el-Zour.

YPG/PKK terrorists often capture and imprison young people to forcibly recruit them in areas they occupy in Syria. The group also detains civilians on trumped-up accusations to silence opponents or demand ransom.

Last week, the terror group raided settlements in Deir el-Zour to silence dissent, detaining dozens of civilians in a so-called "fight against terrorism."

In the first week of July, the YPG/PKK forcibly recruited 400 young people in the northeastern Hassakeh province.

In the last two months, they have focused on kidnapping children, snatching at least four, including two girls.

HRW also documented that the terrorist group continues to recruit children despite objections from families and preventing parents from getting in touch with their kids, underlining that the YPG/PKK is using torture and deliberately disrupting educational and health services.