US coordinating with Turkey in Libya 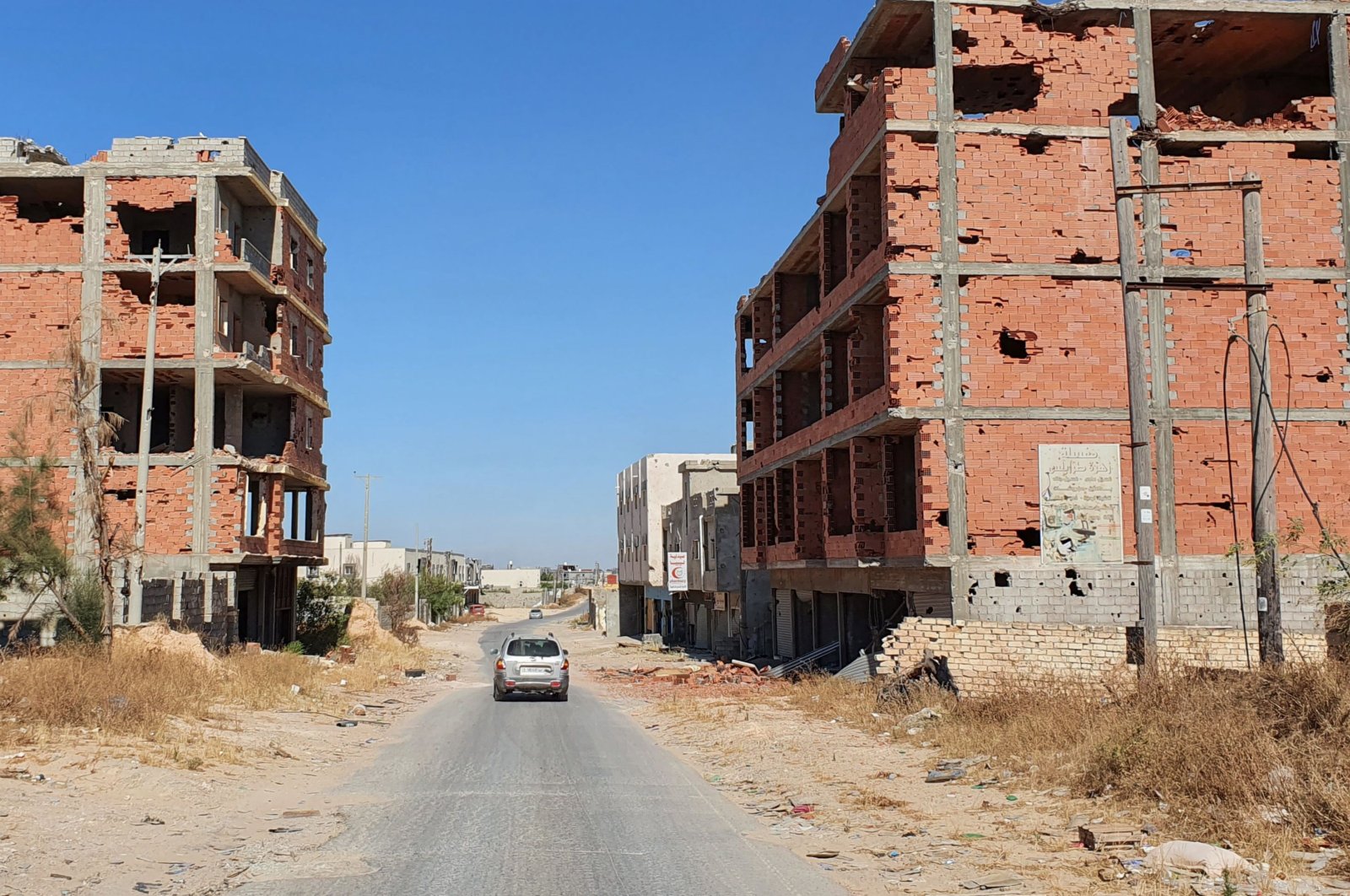 A car advances on an empty road between damaged buidlings in the Salaheddin district south of the Libyan capital Tripoli, June 21, 2020. (AFP)
by DAILY SABAH WITH AA Jun 24, 2020 1:34 pm
RECOMMENDED

Washington took action on the Libya issue after the intervention of foreign actors in the country's internal affairs became evident, Libya's deputy defense minister said Tuesday, adding that the United States also is cooperating with its NATO ally, Turkey, in the region.

Underlining that Turkey is a big country and a strategic ally of the Libyan government, he said Turkey is in coordination with the U.S. in Libya.

The U.S. Africa Command (AFRICOM) and NATO have confirmed that Jufra air base, which was captured in 2017 by militias loyal to putschist Gen. Khalifa Haftar, is accommodating Russian-made fighter jets, said al-Namroush.

Turkey sent military experts to Libya to assist in the organization of its military forces, he stressed. He said Libya expects Turkey to support it in the establishment of a professional Libyan army.

Al-Namroush thanked President Recep Tayyip Erdoğan and the Turkish people for standing by Libya during these difficult times.

Last November, Turkey and Libya signed landmark pacts on military cooperation as well as boundaries in the Mediterranean.

Under the deal, Turkey has sent advisers to help the Libyan Army defeat Haftar's militias.

"In the Eastern Mediterranean, we are tearing up the maps that aim to trap us into the mainland. We are making history in Libya," Oktay continued.

Although there are varying estimates, most figures suggest that the Eastern Mediterranean region has over 70 trillion cubic feet of natural gas, or approximately 1.5% of the overall natural gas reserves in the world. Most of this natural gas is found in the fields of the island of Cyprus' Glaucus, Aphrodite and Calypso areas, Israel's Leviathan and Egypt's Zohr.

This deal with Libya brings a new perspective to Turkey's shoreline in the region. With a three-dimensional viewpoint, it maximizes the country's maritime boundaries and shows that Turkey's border districts of Marmaris, Fethiye and Kaş are actually neighbors with Libya's Derna, Tobruk and Bardiya districts.

Turkey has the longest shoreline in the Eastern Mediterranean, making it a natural candidate for seeking reserves in the region in accordance with international law.

Despite the fact that Turkey has the longest shoreline in the region, when it comes to drilling activities, no country, except Libya, has felt the need to consult or engage in dialogue with Ankara on the issue. Still, until very recently, Ankara expressed willingness to establish dialogue channels with various regional countries, yet all its attempts fell flat with no response. Egypt even organized the East Mediterranean Gas Forum last year, inviting all the regional countries except for Turkey.

Before the coup took place in Egypt, Ankara and Cairo planned to have joint naval maneuvers in the region. However, following the coup, as bilateral ties worsened, these plans were removed from the agenda as Turkey was replaced by Greece in the joint activities of Egypt.

Despite Libya's cooperation with Turkey on the issue, Egypt still continues to pursue its ambitions for the war-torn country through a series of aggressive statements.

During his interview, al-Namroush underlined that the Libyan Army is continuing its preparations to liberate the city of Sirte from Haftar's militias.

"There is no red line for us. We aim to liberate all Libyan lands," he said, referring to a recent statement from Egypt on the topic.

El-Sissi said the city of Sirte and Jufra air base are a "red line," calling on his army to "be prepared to carry out any mission here within our borders, or if necessary outside our borders."

The U.N. recognizes the Libyan government headed by Sarraj as the country's legitimate authority as Tripoli battles Haftar's militias.

The government launched Operation Peace Storm against Haftar in March to counter attacks on the capital, Tripoli, and recently liberated strategic locations including Tarhuna, Haftar's final stronghold in western Libya.

It has condemned military support from Egypt, the United Arab Emirates, France and Russia for Haftar's attacks on Tripoli, which began in April 2019.