US does not consider Seville map to have any legal significance, embassy says 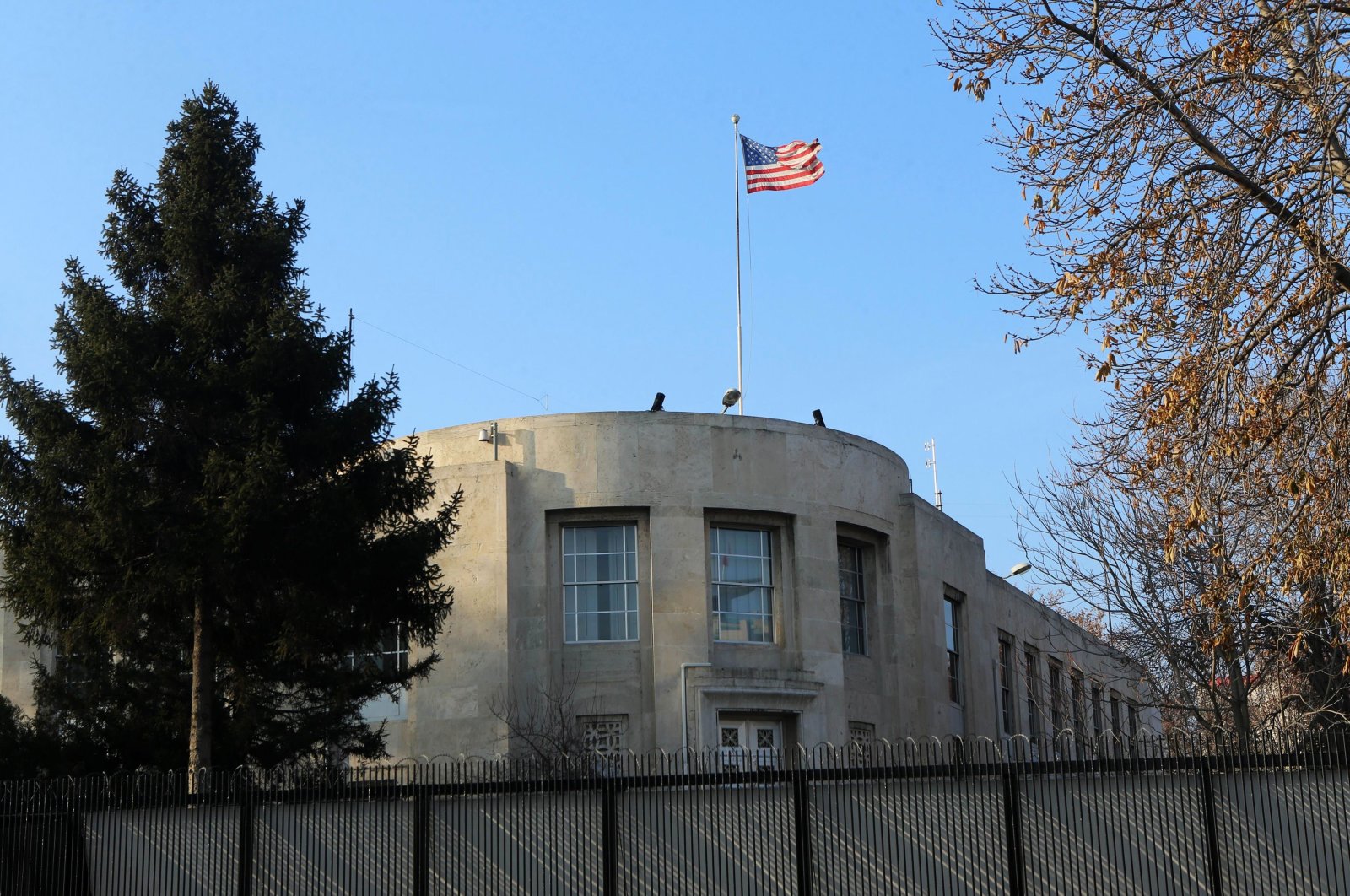 The United States does not consider the "so-called" Seville map, which claims to delineate maritime boundaries in the Eastern Mediterranean, to have any legal significance, the U.S. Embassy in Ankara said Monday evening.

"The United States as a matter of global policy does not take positions on other states' maritime boundary disputes," the embassy said in a statement published on its official Twitter account regarding the "so-called 'Seville Map.'"

The map in question, prepared by professor Juan Luis Suarez de Vivero of the University of Seville in southern Spain in 2004, suggests that the boundaries that Greece claims in the Aegean and Mediterranean seas as its continental shelf and the exclusive economic zone (EEZ) declared by the Greek Cypriot administration in 2004 indicate the official borders of the EU.

This map claims that the Greek continental shelf starts from the island of Kastellorizo (Megisti-Meis) and goes south to the middle of the Mediterranean Sea, which gives Turkey no territory beyond the Gulf of Antalya.

Ankara has consistently opposed Athens' efforts to declare an EEZ based on small Greek islands near Turkish shores, violating the interests of Turkey, the country with the longest coastline in the Eastern Mediterranean. Turkey has repeatedly called for negotiations to resolve the disputes between the two neighbors.

The statement by the embassy continued by saying, "Maritime boundaries are for the states concerned to resolve by agreement on the basis of international law."

"The United States strongly supports good-faith dialogue and negotiation and encourages Greece and Turkey to resume exploratory talks as soon as possible," it added.

Turkey and Greece have been at odds for decades over maritime boundaries for commercial exploitation in an area between Turkey’s southern coast, several Greek islands and the divided island of Cyprus. The tensions peaked again when Turkey sent drillships to explore for energy on its continental shelf, saying that both Turkey and the Turkish Republic of Northern Cyprus (TRNC) have rights to natural resources in the region.

To reduce tensions, Turkey has consistently called for dialogue to ensure the fair sharing of the region's resources. After months of ignoring Turkey's calls for talks, Athens recently engaged with Ankara in technical meetings with military delegations to discuss ways to reduce the risk of a clash, initiated after a proposal by NATO Secretary-General Jens Stoltenberg.

The fifth round of talks is planned to be held on Tuesday, Turkish Defense Minister Hulusi Akar said Monday.

"We are, of course, in favor of peace, stability, negotiations and dialogue. We support them but we will not allow any fait accompli (in the Eastern Mediterranean)," Akar told a videoconference attended by Turkish commanders.

Greek government spokesperson Stelios Petsas said Monday: "We're close to resuming exploratory talks, but how soon this will happen depends on both sides, on Greece and Turkey. The sentiment is good."