US expresses concern over tension in Eastern Mediterranean 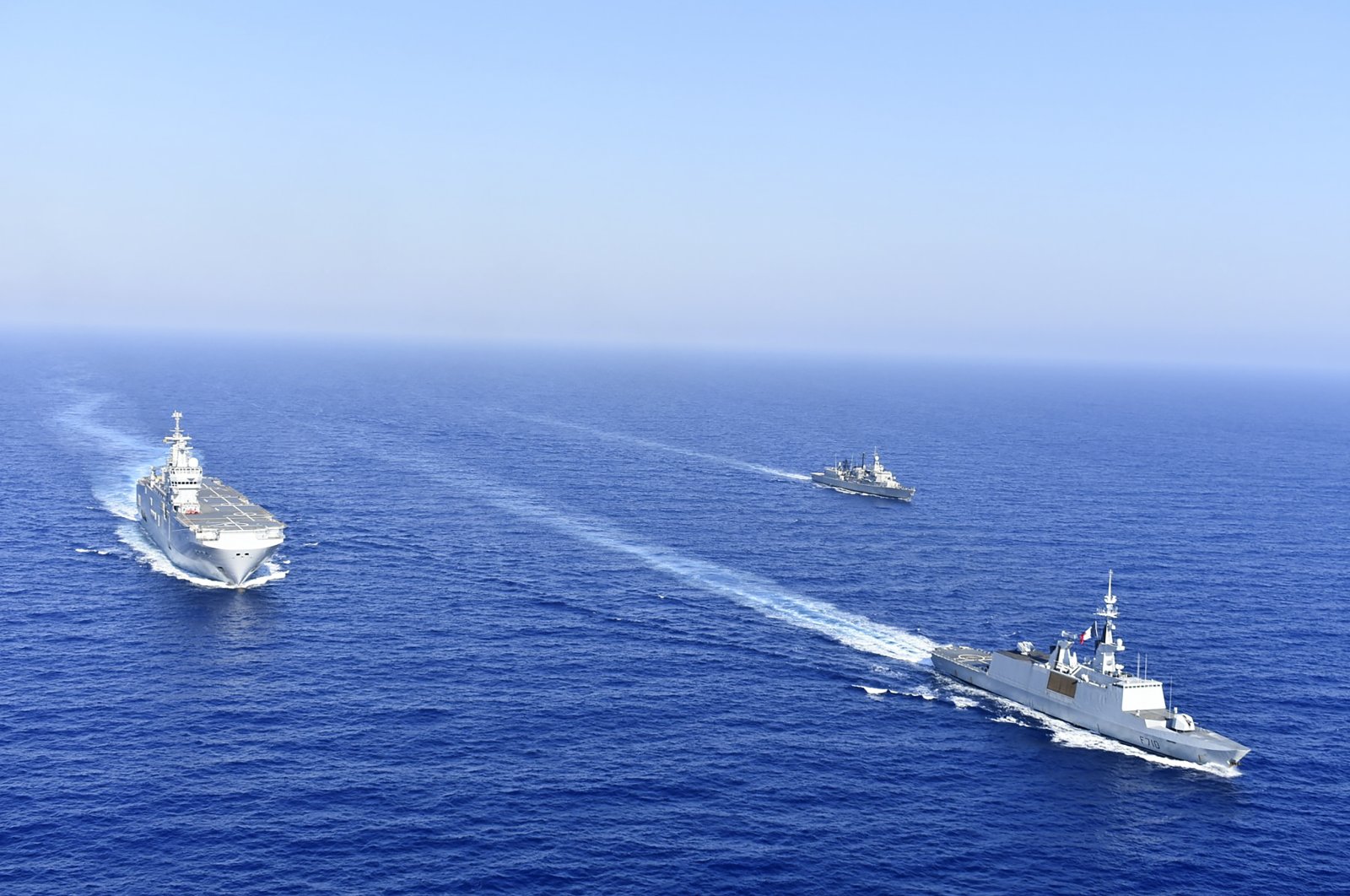 A French Tonnerre helicopter carrier is escorted by Greek and French military vessels during a maritime exercise in the Eastern Mediterranean, Aug. 13, 2020. (AP Photo)
by Anadolu Agency Aug 13, 2020 10:14 pm
RECOMMENDED

The Pentagon said Thursday it is "concerned" by "incidents" in the Eastern Mediterranean amid tensions between France and Turkey, urging the NATO allies to find a solution.

Spokesman Jonathan Hoffman told reporters that Paris and Ankara "are both incredibly important NATO allies," stressing the U.S. "would like to see the tensions lowered."

"We would like to see them continue to work together and find solutions that do not involve the necessity of having war ships, or having aircraft deployed in a less than cooperative environment," Hoffman said.

France's decision came after President Emmanuel Macron and Greek Prime Minister Kyriakos Mitsotakis had a telephone call to discuss the latest situation in the region.

The drills follow Turkey resuming energy exploration in the Eastern Mediterranean on Monday, just after the signing of the Greek-Egyptian maritime pact, which Turkey called illegal.