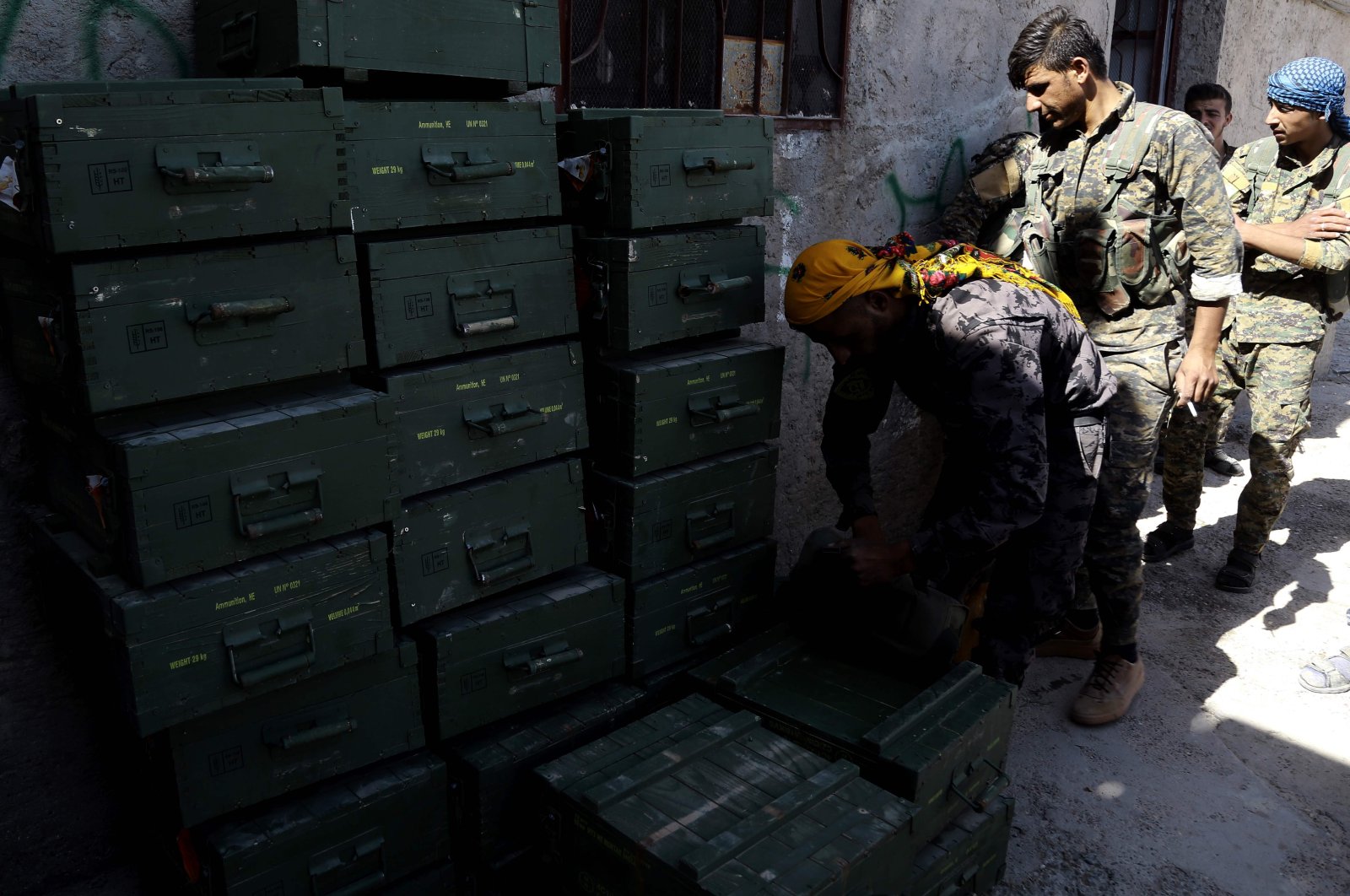 Ignoring the oppression and atrocities of the terrorist organization, the U.S. once again supported the YPG/PKK with financial aid to protect its ally from the effects of the Caesar Syria Civilian Protection Act

The millions of dollars in U.S. support for the YPG/PKK – delivered just one day after the Caesar Act went into effect last week – are meant to help the terrorist group circumvent the new law. The terrorist organization has since increased the salaries of its members in occupied areas by 150%.

Sources speaking to AA indicated that this support was not a one-time arrangement but would be repeated if necessary in the future.

The Caesar Act punishes under U.S. law any company that works with Assad and was named after a military forensic photographer code-named "Caesar" who leaked photos of people tortured to death in Assad prisons in 2014. The act came into force as of June 17.

The Syrian regime has regularly rejected reports of torture and extrajudicial killings amid a civil war that has lead to the deaths of hundreds of thousands of people. Assad has in the past personally denied such accusations against the security apparatus.

When asked about the issue, the U.S.-led international coalition fighting the Daesh terror group did not give a clear answer, while the U.S. State Department rejected the claims.

The spokesperson for the coalition, Col. Myles Caggins, indicated that the U.S. gave the PKK/YPG-affiliated Syrian Democratic Forces (SDF) $1.2 million to fight the coronavirus pandemic and for health expenditures.

The $1.2 million in supplies for COVID-19 prevention efforts and detention operations provided to PKK/YPG terrorists was sent to the al-Hasakah and al-Shaddadi areas in northern Syria controlled by the terror group, according to the Combined Joint Task Force-Operation Inherent Resolve. It said personal protective equipment, such as latex gloves and masks, as well as surgical kits, defibrillators and oximeters, was provided to the region.

The U.S. has primarily partnered with the PKK/YPG in northeastern Syria in the anti-Daesh fight. On the other hand, Turkey strongly opposed the terrorist group's presence in northern Syria, which has been a major sticking point in strained Turkey-U.S. relations. Ankara has long objected to the U.S.' support for the PKK/YPG, a group that poses a threat to Turkey and terrorizes local people, destroying their homes and forcing them to flee.

Under the pretext of fighting Daesh, the U.S. has provided military training and given truckloads of military support to the PKK/YPG, despite its NATO ally's security concerns. While underlining that one cannot support one terrorist group to fight another, Turkey conducted its own counterterrorism operations, over the course of which it has managed to remove a significant number of terrorists from the region.

The PKK – listed as a terrorist organization by Turkey, the U.S. and the European Union – has waged a terror campaign against Turkey for more than 30 years, resulting in the deaths of nearly 40,000 people, including women, children and infants. Yet, the U.S. insistently refuses to acknowledge the link between the PKK/YPG and the SDF, which it views as a partner.

Turkey has long pointed out the PKK's use of name-switching as a cynical ploy to muddle the international denunciation of the group.

Locals in PKK/YPG-controlled areas have long suffered from its atrocities. The terrorist organization has a lengthy record of human rights abuses, ranging from kidnappings of suspected persons, recruiting child soldiers, torture, ethnic cleansing and forced displacement in Syria.

A report by Human Rights Watch published on June 19, 2014, on the other hand, says that the PKK/YPG was using boys and girls younger than 18 at checkpoints in Afrin, Ayn al-Arab and Jazira provinces in Syria. The U.N. Independent International Commission of Inquiry on the Syrian Arab Republic also said in their report in August 2013 that the PKK/YPG recruited 12-year-old boys and girls in the provinces of Afrin and al-Hasakah.