US imposes new sanctions against Syrian regime, including Assad and his wife 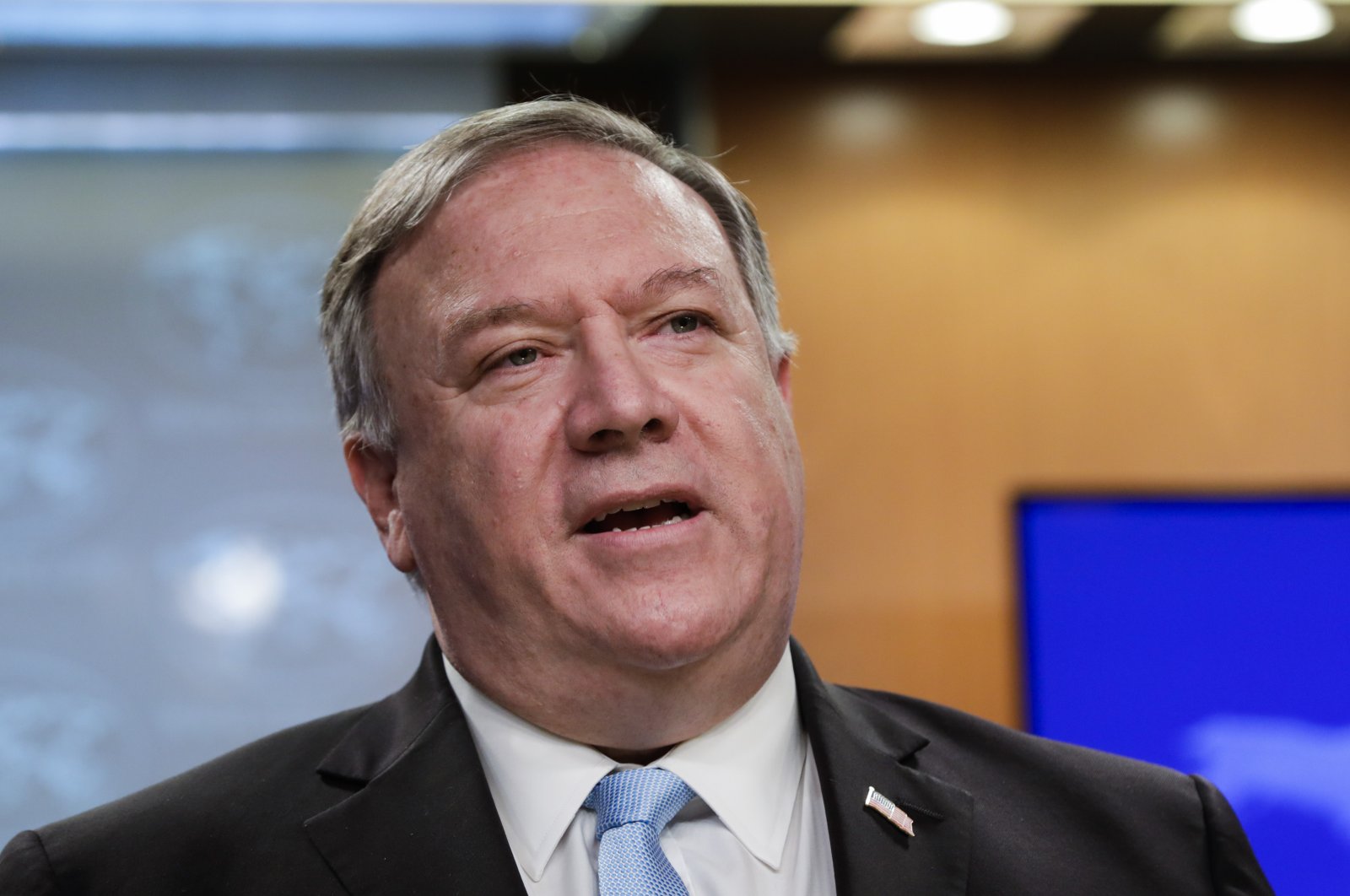 Secretary of State Mike Pompeo speaks at the State Department as the Trump administration is ramping up pressure on the Syrian regime with a raft of new sanctions for human rights abuses, Washington, D.C., U.S., June 11, 2020. (AP Photo)
by Compiled from Wire Services Jun 17, 2020 3:44 pm

The United States on Wednesday imposed sanctions on 39 individuals and entities including Syria's Bashar Assad and his wife Asma to choke off revenue for his regime in a bid to push it back to United Nations-led negotiations.

In a statement announcing the designations imposed under the Caesar Syria Civilian Protection Act – signed by President Donald Trump in December – U.S. Secretary of State Mike Pompeo said "many more" sanctions against the Assad regime should be expected in the coming weeks and months.

He called the sanctions "the beginning of what will be a sustained campaign of economic and political pressure to deny the Assad regime revenue and support it uses to wage war and commit mass atrocities against the Syrian people."

Pompeo was announcing the coming into force of the Caesar Act, which punishes any companies that work with Assad and has already shaken the fragile Syrian economy.

The first batch of designations targets 39 people or entities, including Assad personally as well as his wife Asma – the first time she has been targeted by U.S. sanctions.

Under the law, any assets in the U.S. will be frozen.

Pompeo in his statement charged that Asma Assad, with the support of her husband and family, "has become one of Syria's most notorious war profiteers."