US renews call for political solution in Libya, imposes sanctions on smugglers 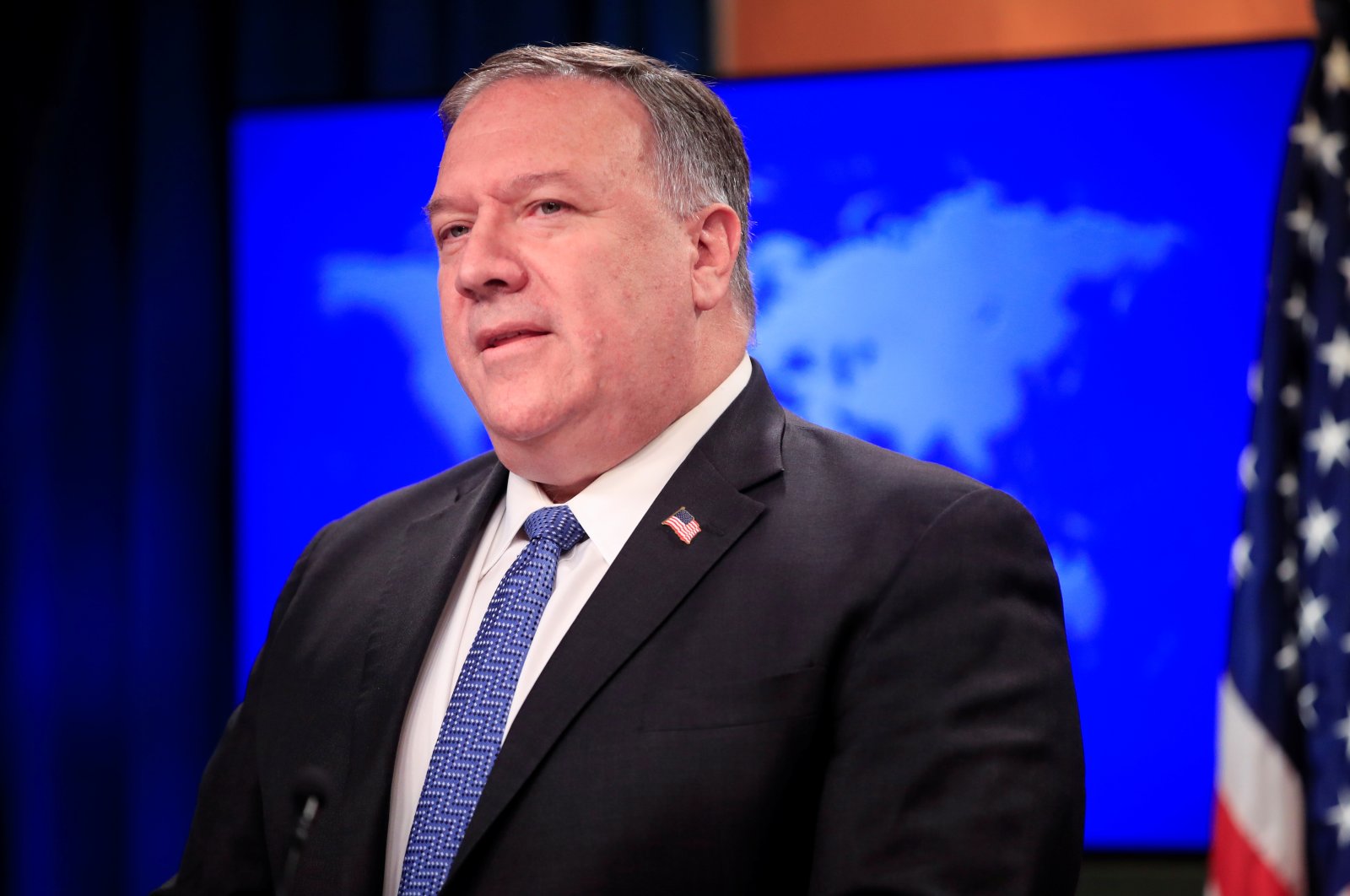 The U.S. on Thursday renewed calls for a political solution in Libya as it slapped sanctions over smuggling out of the war-torn nation.

Pompeo and Shoukry discussed the "importance of supporting a U.N.-brokered cease-fire in Libya through political and economic talks," the State Department said.

Çavuşoğlu said a cease-fire should see the Government of National Accord (GNA) exerting control of areas held by Haftar, who has suffered losses but still controls eastern Libya.

Amid the instability, the U.S. imposed sanctions on a Libyan national, Faysal al-Wadi, two of his associates and the Malta-based company Alwefaq Ltd. on allegations of smuggling.

The Treasury Department said al-Wadi and his Maraya vessel have been smuggling fuel and drugs from Libya to Malta, the gateway to the European Union, and transporting Libyan fuel and drugs between Libya's port of Zuwarah and Hurd's Bank just outside Malta's territorial waters.

The department noted that Hurd's Bank is a well-known geographic transfer location for illicit maritime transactions.

"The United States is committed to exposing illicit networks exploiting Libya's resources for their own profit while hurting the Libyan people," Deputy Treasury Secretary Justin Muzinich said in a statement.

"Competition for control of smuggling routes, oil facilities, and transport nodes is a key driver of conflict in Libya and deprives the Libyan people of economic resources," the department added.

The order freezes any assets in the U.S. and opens the way for criminal prosecution over transactions with the individuals, company or ship.

Libya's National Oil Corporation (NOC) said later that it welcomes the U.S.' decision to impose sanctions on three individuals and a company that are claimed to smuggle fuel and drugs from Libya to Malta, according to a statement released Thursday.

The NOC said the network of smugglers "have contributed significantly to destabilizing the country," adding it will continue to monitor all smuggling operations in various regions of Libya.

"(We) will continue to submit reports to the Office of the Attorney General and the Sanctions Committee of the Security Council and follow up legal procedures to hold accountable those involved in these illegal act," said the statement released on the NOC's Facebook page.

Libya has been in chaos since a Western-backed uprising toppled dictator Moammar Gadhafi in 2011.

Haftar's violent bid to seize Tripoli has been backed by U.S. allies Saudi Arabia, Egypt and the United Arab Emirates (UAE) as well as Russian mercenaries.

The White House on Tuesday called for a solution that includes a withdrawal of all foreign military personnel.