US, Russia on shaky ground in Syria as military convoys come head to head 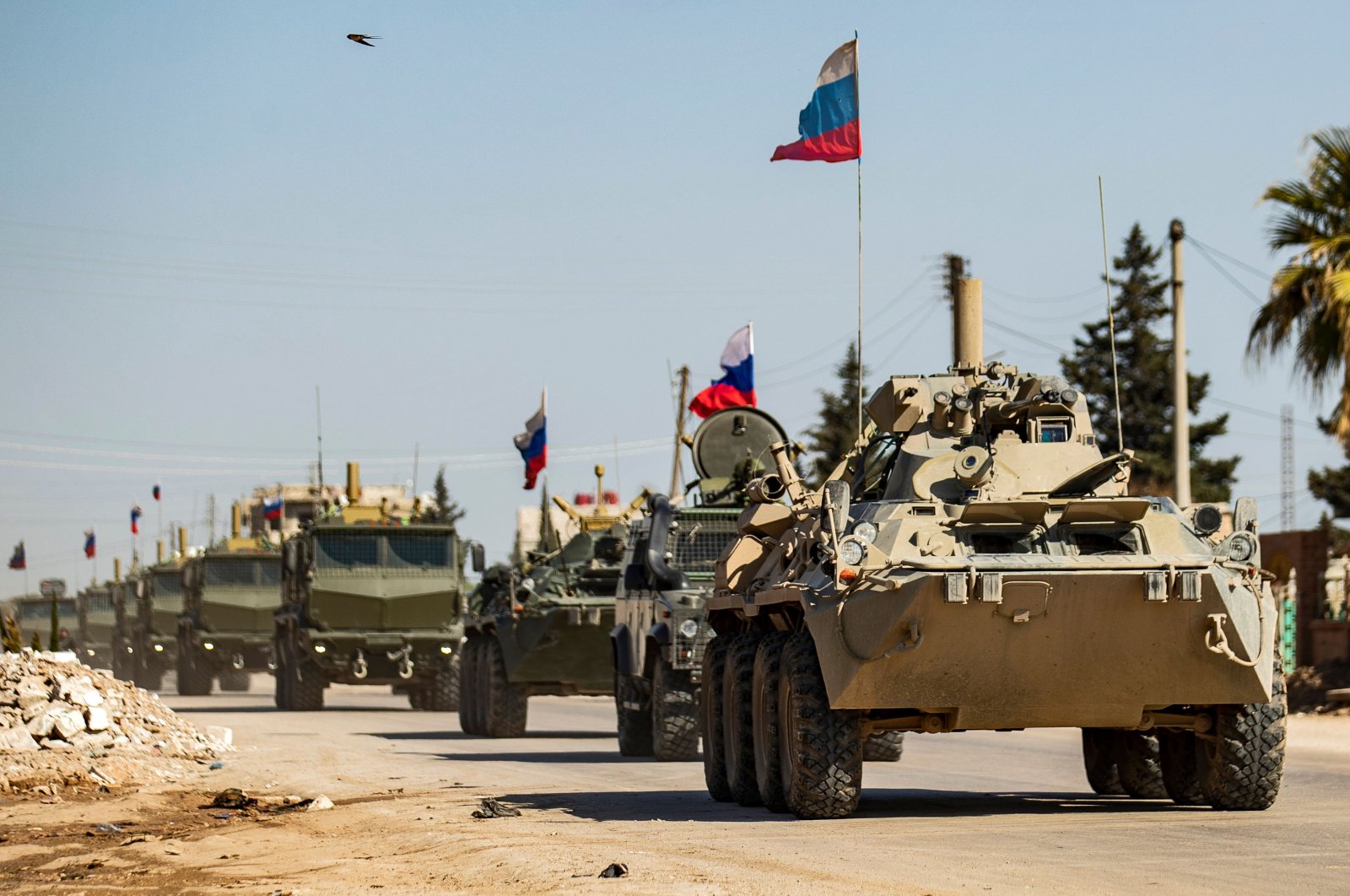 Russian military vehicles driving in a convoy from the town of Tal Tamr to Qamishli airport, in the city of Qamishli in Syria's northeastern Hasakah province, March 9, 2020. (AFP)
by DAILY SABAH Mar 10, 2020 3:33 pm
RECOMMENDED

For the first time in decades, the militaries of the U.S. and Russia are on the ground in the same country at the same time, in northwestern Syria’s Qamishli province. Although both countries seemingly approve of the other’s presence, the frequent encounters of their troops have raised tensions in an already tense region.

The latest encounter of the troops took place Monday, according to the North Press Agency. Reports claimed that the U.S. patrol blocked a Russian military convoy in the countryside of al-Hasakah, preventing the Russians from accessing a roundabout in the region.

The reports said the Russians were aiming to transport equipment through the Tal Tamr roundabout, toward Qamishli, when U.S. troops blocked their movement.

Although there has been no confirmation from either side, the fact that similar encounters have occurred in the region in the last three months raises the possibility of such an incident taking place.

In February, a video shared on social media showed a series of military vehicles on a highway in the town. It also showed a U.S. military vehicle approaching one Russian vehicle from behind before dragging it off the road.

Despite the inconvenience, the Russian presence on the ground keeps the U.S. from encountering Syrian regime forces, thereby offering one benefit to the American troops.

Earlier when the U.S. moved its forces from northern Syria to the country’s oil-rich regions, Russia settled into the three bases left by the U.S. and expanded its presence at Qamishli Airport.

Qamishli, controlled by the Bashar Assad regime, is very close to the Turkish border. The PKK's Syrian wing the YPG also has a presence in the area.

Turkey launched Operation Peace Spring, the third in a series of cross-border anti-terror operations in northern Syria targeting terrorists affiliated with Daesh and the YPG, on Oct. 9, 2019.

The operation, conducted in line with the country's right to self-defense borne out of international law and U.N. Security Council resolutions, aimed at establishing a terror-free safe zone for Syrians east of the Euphrates river. At the time, the area was controlled by the U.S.-backed SDF, which is dominated by YPG terrorists.

On Oct. 22, Ankara and Moscow reached a deal under which YPG/PKK terrorists were to pull back 30 kilometers south of Turkey's border with Syria within 150 hours, and security forces from Turkey and Russia would conduct joint patrols there. However, since the deal was struck, YPG attacks have continued to pose a threat.