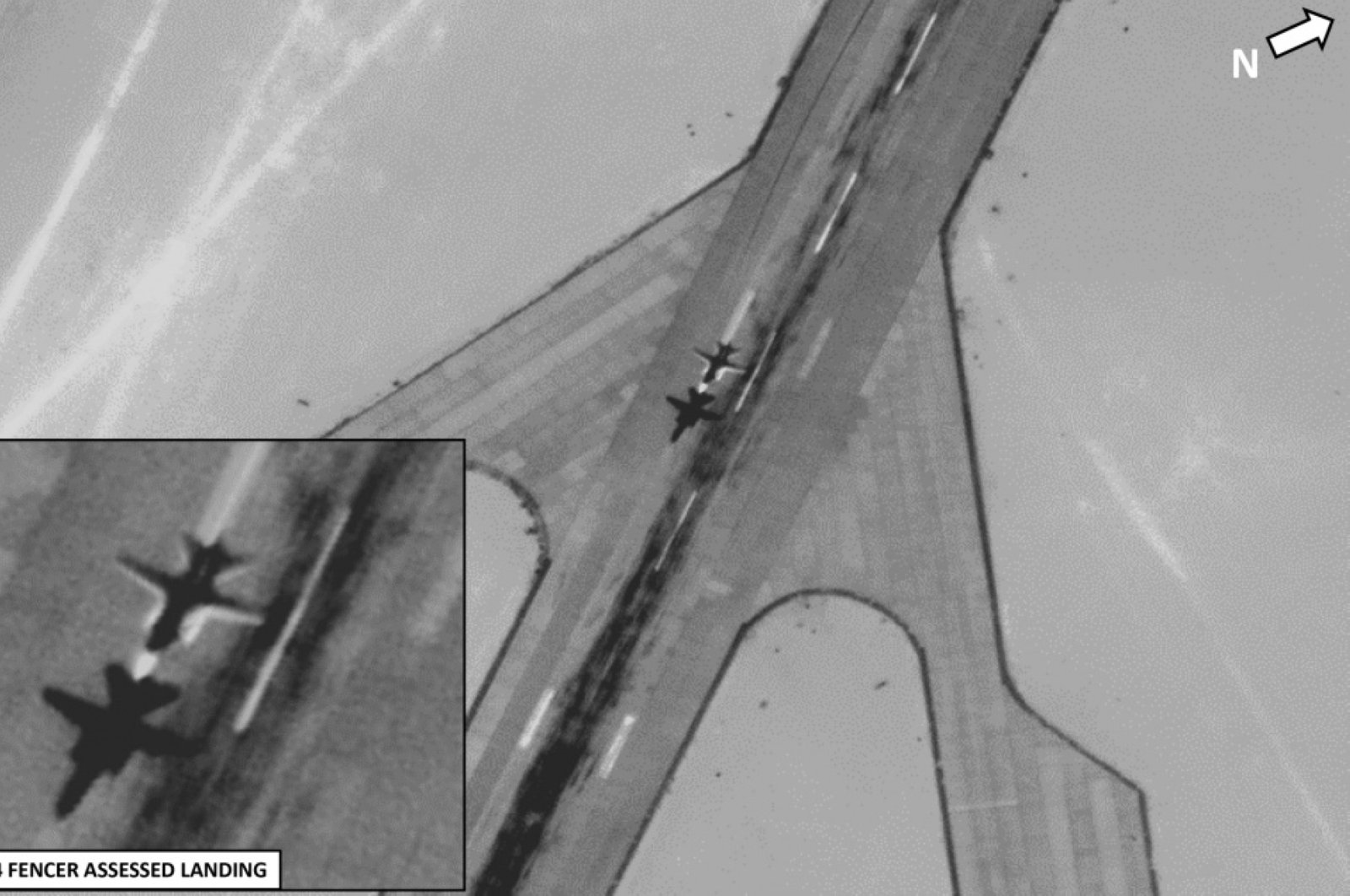 New evidence of Russian aircraft active in Libyan airspace has been found, the U.S. military command for Africa, AFRICOM, said Thursday, adding that Russia's introduction of manned, armed attack aircraft into Libya changes the nature of the current conflict and intensifies the potential of risk to all Libyans, especially innocent civilians.

“Russia's sustained involvement in Libya increases the violence and delays a political solution," said U.S. Marine Corps Brig. Gen. Bradford Gering, AFRICOM director of operations. "Russia continues to push for a strategic foothold on NATO's southern flank and this is at the expense of innocent Libyan lives."

Saying that Russian aircraft delivered to Libya in late May are being actively flown in Libya, the command explained that these aircraft are being used to support private military companies (PMCs) sponsored by the Russian government. AFRICOM has photographic evidence of a Russian aircraft taking off from al-Jufra, it said. A MiG-29 was also photographed operating in the vicinity of the city of Sirte.

In late May, the command reported that at least 14 MiG-29s and several Su-24s were flown from Russia to Syria, where their Russian markings were painted over to camouflage their Russian origin. These aircraft were then flown into Libya in direct violation of the U.N. arms embargo.

“We know these fighters were not already in Libya and being repaired,” said Col. Chris Karns, director of AFRICOM public affairs, “Clearly, they came from Russia. They didn’t come from any other country.”

Following the ouster of late ruler Moammar Gadhafi in 2011, Libya's government was founded in 2015 under a United Nations-led political deal. However, the legitimate Government of National Accord (GNA) has been under attack by forces of putschist Gen. Khalifa Haftar since last April, killing at least 1,000 civilians and destroying vital civilian infrastructure. Warlord Haftar is backed by Russia, the United Arab Emirates and France in its campaign to overthrow the U.N.-recognized GNA, based in the Libyan capital Tripoli.

The fact that Haftar received mercenaries and arms from Russia has been verified by several U.N. reports, footages and the GNA itself, while the UAE similarly aids the warlord through airstrikes that have killed innocent Libyan civilians and were denounced by Human Rights Watch.

"There is concern these Russian aircraft are being flown by inexperienced, non-state PMC mercenaries who will not adhere to international law; namely, they are not bound by the traditional laws of armed conflict," Gering said. "If this is true and bombing occurs, innocent Libyan lives are at risk."

The statement by the command added that Russian government-backed PMCs, such as the Wagner Group, are active in 16 countries across Africa while it is estimated that there are about 2,000 Wagner Group personnel in Libya.

“Russia has relentlessly stuck to a narrative of implausible denials in the media,” Karns said. “It’s difficult to deny facts. Russian interference and the masking of activity in Libya is visible and delaying progress – progress the people of Libya deserve.”