US troubled by recent rise in attacks in Syria, condemns al-Bab bombing 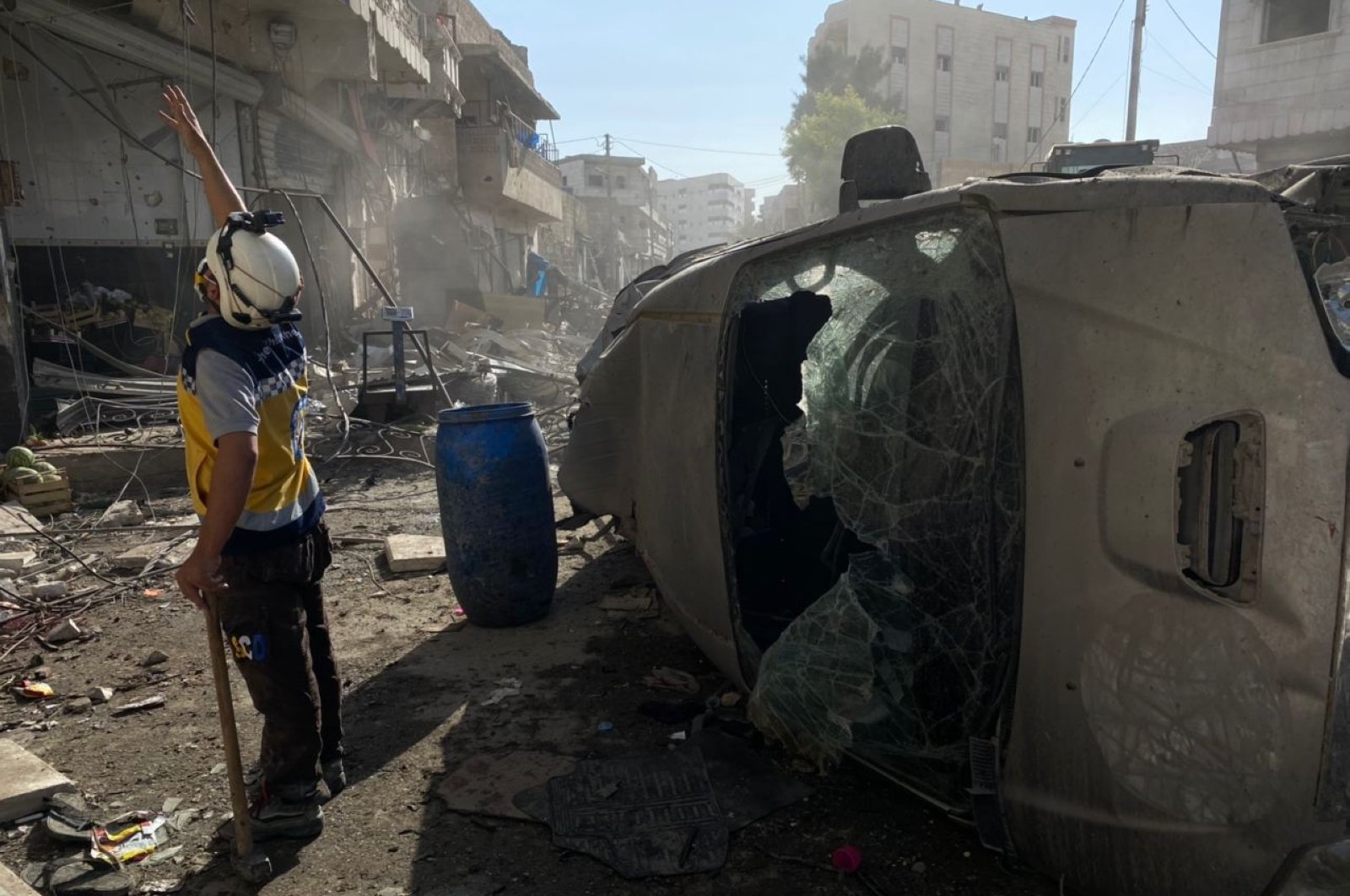 A member of the White Helmets civil defense group is seen next to the bomb-laden vehicle that exploded, killing more than 20 civilians, in al-Bab, Syria, Sept. 6, 2020. (AA Photo)
by DAILY SABAH Oct 07, 2020 3:29 pm
RECOMMENDED

The U.S. is troubled by the increasing number of attacks in Syria and condemns the recent blast in northern al-Bab, the State Department announced Wednesday.

"The United States strongly condemns the terrorist attack near a crowded traffic circle in al-Bab yesterday," U.S. State Department spokesperson Morgan Ortagus said in a statement, adding that other reports indicated more than 20 people were killed. "We are deeply troubled by the rise in such terrorist attacks in recent months."

The death toll from a blast that rocked a town controlled by the opposition in northern Syria has risen to 19, according to activists and the rescue team the White Helmets on Tuesday.

Ibrahim al-Haj, spokesman for the White Helmets in Aleppo, said the number of people wounded by the blast in al-Bab city has risen to 82 with most suffering from serious injuries.

He added that a booby-trapped truck had exploded in a densely crowded part of the city.

Local security sources noted that the blast was carried out by the YPG/PKK terrorist group, which has ramped up its attacks throughout the Tal Rifaat region, and the police have opened an investigation.

Once ruled by Daesh terrorists, al-Bab was liberated three years ago in Operation Euphrates Shield carried out by the Turkish Armed Forces (TSK) and the Syrian National Army (SNA).