US, UK concerned over growing evidence of Russian involvement in Libya 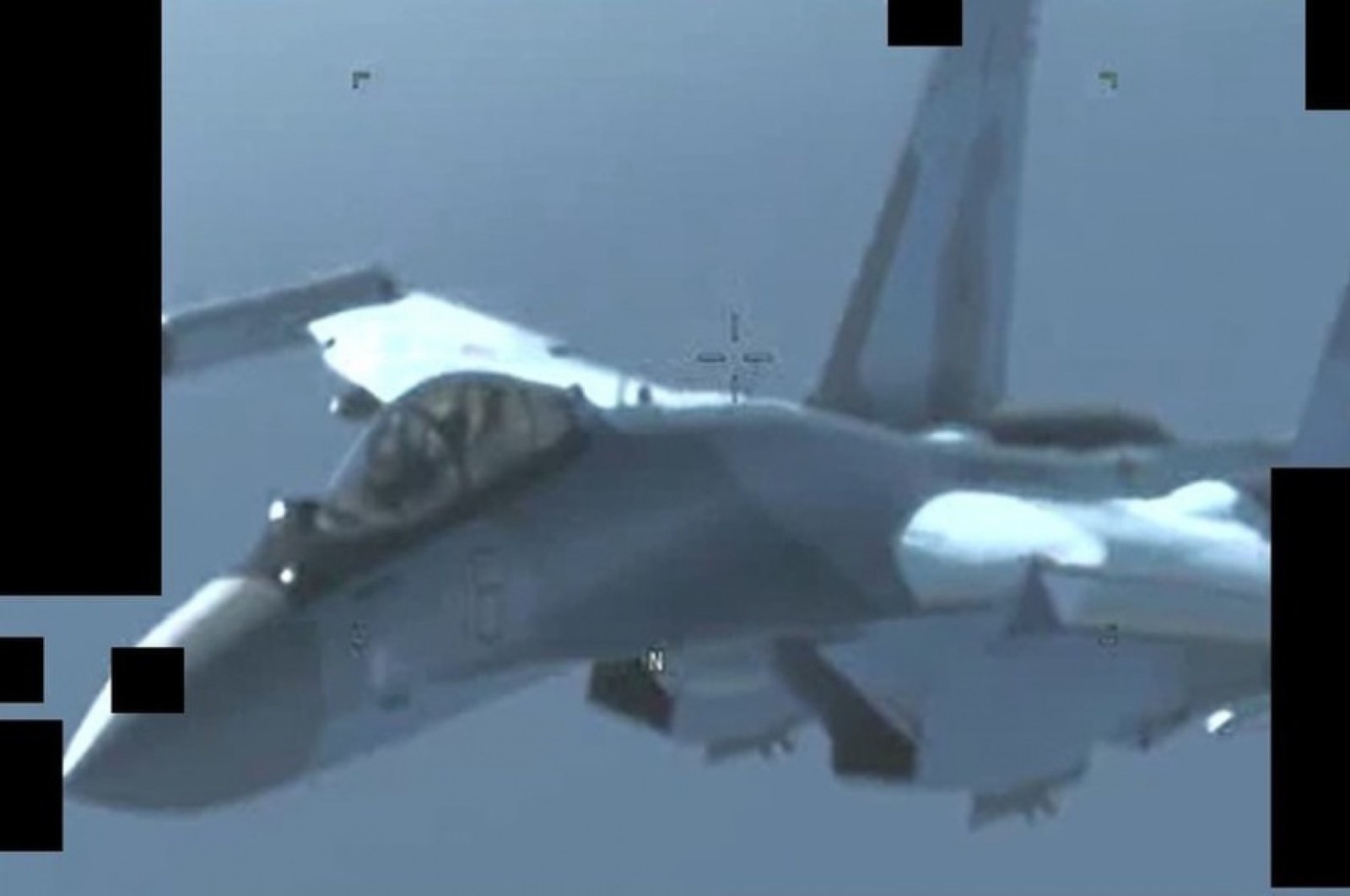 The international community has raised concerns over increasing reports of Russian involvement in the Libyan civil war in support of putschist Gen. Haftar, further escalating tensions and hostilities in the war-ravaged country

The United Kingdom on Saturday expressed concern over the recent transfer of Russian aircraft from Syria to Libya’s putschist Gen. Khalifa Haftar to aid him in his campaign against the U.N.-recognized government. The United States voiced similar worries, saying that Russian jets presented broader concerns for the whole region.

"We are concerned by recent U.S. reports of Russian fighter jets being deployed from Syria into Libya and growing evidence of Russian involvement in Libya in support of Gen. Haftar's forces. This external interference exacerbates the conflict and undermines the U.N.-led peace process," the country's Foreign and Commonwealth Office said in a statement.

The statement also called on all Libyan parties in the conflict to "engage urgently" in U.N.-led cease-fire efforts and a return to political dialogue.

The U.S., on the other hand, rejected Russian claims that Moscow had not deployed fighter jets to Libya, saying Friday that the 14 aircraft flown in reflected Russia's long-term goal of establishing a foothold in the region, in a move that could threaten NATO allies.

Brig. Gen. Gregory Hadfield, deputy director for intelligence, said the U.S. tracked the MiG-29 fighter jets and Su-24 fighter bombers that were flown in by the Russian military, passing through Iran and Syria before landing at Libya's al-Jufra air base. The base is the main forward airfield for Haftar and his self-styled Libyan National Army (LNA), which has been waging an offensive to capture the capital Tripoli from the official Government of National Accord (GNA).

“If Russia secures a permanent position in Libya and, worse, deploys long-range missile systems, it will be a game-changer for Europe, NATO and many Western nations,” said Hadfield. Russia's interference in Libya, he said, would give access to that country's oil and a “military base strategically positioned within striking distance of Europe.”

After Interior Minister Fathi Bashagha last week stated that at least six MiG-29 and Su-24-type Soviet-made jets had taken off from Hmeimeem air base in Syria and were delivered to Haftar’s forces in Libya, the U.S. verified the claim, publishing photos of the jets and making an official statement accusing Russia of involvement.

The U.S. Africa Command (AFRICOM) last Tuesday said the military fighter aircraft left Russia and first stopped in Syria where they "were repainted to camouflage their Russian origin" before arriving in Libya.

In an interview with a small group of reporters, Hadfield said the new fighter aircraft have not yet been used, but he said they will have to be flown either by pilots from Russia or contractors employed by Wagner. He said there have been about 2,000 personnel at the base, but more have been flown in.

Russia has denied links to the aircraft, calling the claim “stupidity.” Instead, Viktor Bondarev, the former Russian air force chief who heads the defense committee in the upper house of parliament, said the planes are not Russian but could be Soviet-era aircraft owned by other African nations.

Hadfield disputed this suggestion, saying no such aircraft existed in that part of Africa, adding: “Not only did we watch them fly from Russia by way of Iran and Syria to Libya, we were able to photograph them at multiple points.”

U.N. experts have reportedly launched a probe into the transfer of the aircraft. According to a report by the Financial Times last week based on statements of anonymous diplomats, the U.N. was also investigating a shipment of about 11,000 tons of jet fuel from the United Arab Emirates (UAE) to Libya's Benghazi in March as well as up to 10,000 tons of military equipment in 2020 to support the warlord.

Several countries including France, Egypt, Russia, and the UAE support Haftar, directly or indirectly, while Turkey has shown solidarity with the U.N.-recognized, legitimate government representing the will of the Libyan people.

Following the ouster of late ruler Muammar Gadhafi in 2011, Libya's new government was founded in 2015 under a U.N.-led political agreement. However, with the backing of foreign support coming mostly from the UAE and Russia, Haftar’s forces have been attacking the Libyan government since April 2019. Several attempts at a cease-fire have failed as the warlord’s militias continued bombing and shelling civilian settlements, crippling the country’s infrastructure and economy further.

After over a year of attacks on Libya's government, warlord Haftar is not showing any flexibility toward reaching a cease-fire, according to a senior U.S. diplomat.

In an interview with France 24 on Thursday, David Schenker, the U.S. assistant secretary of state for Near Eastern affairs, said the Libyan government had demonstrated some flexibility toward returning to the negotiating table, yet Haftar's side has not reciprocated.

Schenker warned that the Libyan conflict "could spin out of control if the Russians choose to escalate further," adding that the U.S. is extremely concerned with the deployment of advanced Russian jets to the country.

Comparing developments in Libya to Syria's decadelong civil war which has killed, injured or displaced millions of civilians, Schenker said what Russia and the Syrian regime have done in Syria "resembles a genocide," and "similar dynamics are playing out" now in Libya.

The U.N.-sponsored peace talks between Haftar and the official government ended without reaching an outcome in February.

The ongoing conflict and the current pandemic have further weakened the already tenuous economic situation in Libya. Apart from dragging the war-ravaged country into further chaos by attacking civilians and the Libyan government, Haftar has also been targeting vital institutions and hospitals, much needed in the fight against COVID-19. The country’s oil revenue was also negatively affected due to Haftar’s actions.

State-run NOC said the blockade caused an unprecedented decline in oil exports, and the country’s revenues are not enough to cover 10% of the salaries. Armed groups also were hindering the maintenance of an oil pipeline in Sharara, NOC said. It added that corrosion happened in the lines after oil facilities had been closed and warned that the corrosion could eventually lead to environmental catastrophes if oil were to leak through.

Speaking at an online panel by Washington, D.C.-based think tank Atlantic Council on Thursday, head of the Bosphorus Energy Club, Mehmet Öğütçü, noted that Libya had the capacity to produce 1.7 million barrels of oil per day. However, due to the conflict, this amount had fallen to 92,000 barrels per day, Öğütçü said.