Venezuela could welcome its 1st Turkish deputy in upcoming elections 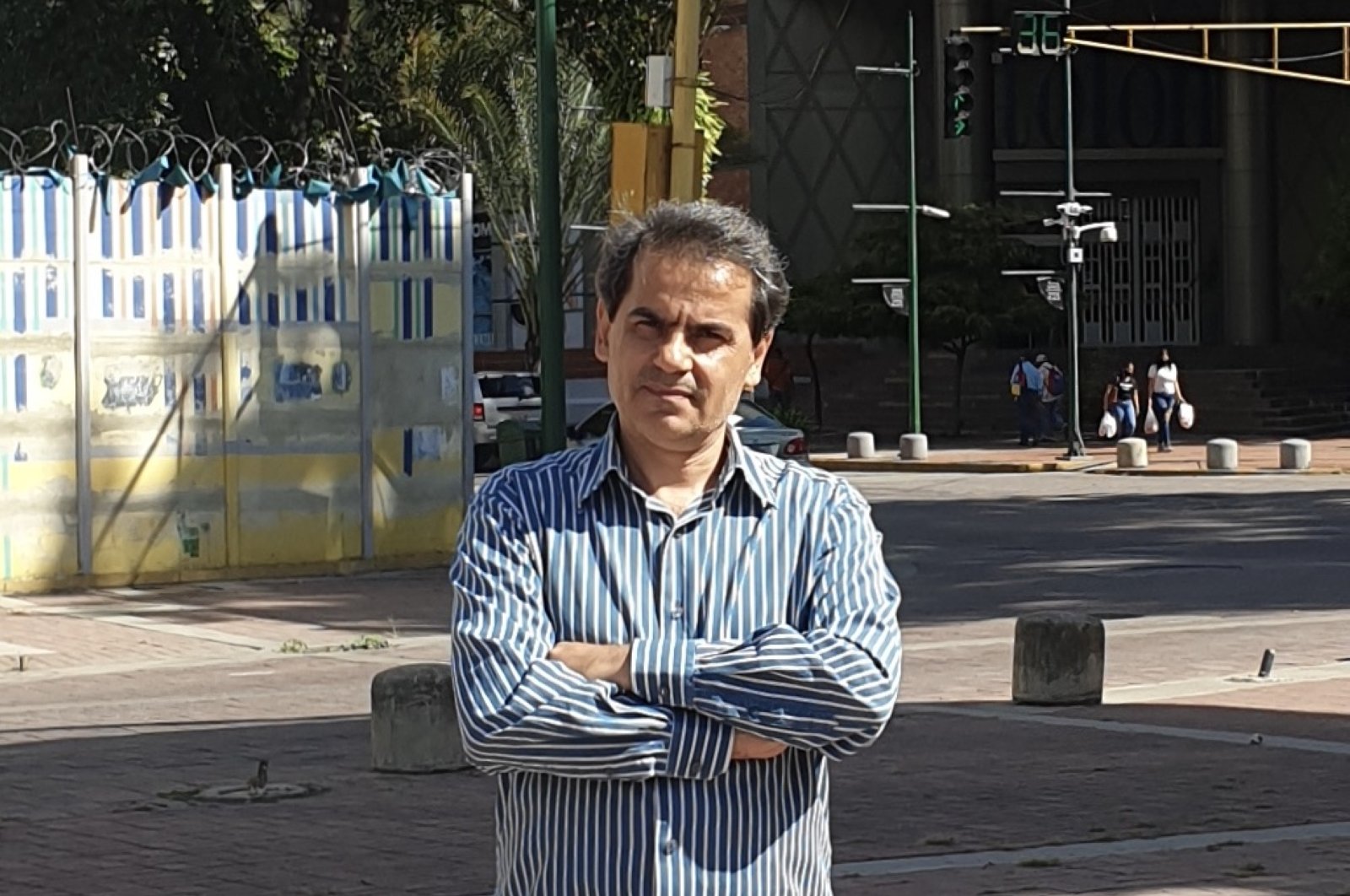 Hayri Küçükyavuz, a Turkish businessman who has lived in the Venezuelan capital of Caracas for 26 years, says he believes his chance of being elected in the South American country's upcoming elections "is pretty high."

The first Turk to ever declare their candidacy in Venezuela's elections, Küçükyavuz recounted that when he revealed his intention to race in the upcoming polls, scheduled for Dec. 6, he received a warm welcome from the political community, with six political parties asking him to join them. However, in the end, he chose to represent the Popular Will (Voluntad Popular)(UPP89) party.

Küçükyavuz was born in Turkey's central province of Karaman. His journey abroad started when his family moved to the Netherlands in 1989 as migrant workers. Working five years there in the textile industry, Küçükyavuz met his future wife, a Venezuelan, and in 1994, moved with her to Caracas.

After continuing his work in the textile industry over the years, the worsening economic situation in Venezuela began to impact Küçükyavuz as well, causing him to quit his job three years ago. From that point on, Küçükyavuz started to engage in trade between Turkey and Venezuela, becoming the Venezuelan representative of the Turkish Independent Industrialists and Businessmen Association (MÜSIAD), which played a major part in his decision to enter politics.

"We initially wanted to form a political party with Turks here back in 2013. However, since we were not well-known back then, we couldn't make it real. Now, as the MÜSIAD representative, we can invite Turkish businessmen over here, but nobody wants to come. There are U.S. sanctions and a lack of trust in both the economy and domestic politics. If I could enter into parliament, I thought, I would be able to build more trust in Turkish business," he said.

A father of four, Küçükyavuz will also become the first politician in his family.

Venezuela has been rocked by protests since January when President Nicolas Maduro was sworn in for a second term following a vote boycotted by the opposition.

"They made it mandatory to collect the signatures of at least 5% of the overall population of your polling district. Because of the pandemic, that was not possible. I had talks with different parties; six of them wanted to work with me," he stated, adding that there will be a total of 26 political parties racing in the Dec. 6 elections.

Küçükyavuz explained that the UPP89 was formed back in 2016 and that this was the first time that the party was running in the elections. He added that this was very appealing for him because the public has become tired of the old parties and are looking for new alternatives.

"The current ruling party, the party of Nicolas Maduro (the United Socialist Party of Venezuela) is expected to take 15% of the vote. The UPP89, on the other hand, is expected to receive 15-30% of the votes. This means that there is a high chance that I will be elected," he said.

Underlining that his image as the Turkish businessman enables locals to trust him, Küçükyavuz said that his projects regarding the economy draw particular attention.

"Since Turkey offered a helping hand to Venezuela during the peak of the economic crisis, people have sympathy for our country. If you go to a grocery store in Venezuela now, you can only see Turkish products. Plus, on TV, we have the Turkish series 'Diriliş Ertuğrul' ('Resurrection: Ertuğrul'), a very popular show here. People know and love Turkey. This is a major advantage for us," Küçükyavuz said.

If elected, he said, his primary goal will be to revive the Venezuelan economy; a reliable, secure environment is a must for the country.

"In order to achieve this, I want to provide a platform that is suitable for foreign investments, especially Turkish ones. Turkey and Venezuela are two countries that can be complementary to each other in many fields. For instance, here, there are major opportunities in the tourism sector. In Turkey, the tourism sector lasts for six months. Here, it's 12 months. The Turkish tourism sector can come here in September and be active in Venezuela during the winter term," he suggested.

As far as the reliability of the polls in Venezuela is concerned, Küçükyavuz said he has no concerns on that point as all countries, except for the United States, recognized the legitimacy of the elections, which are overseen by EU observers.

Küçükyavuz added that although there are few Turks in Venezuela, the ones that have heard about his candidacy are delighted.

"I hope this step marks a new beginning. I hope it will present a nice example for Turks and Arab Muslims here for them to participate in politics," he said.