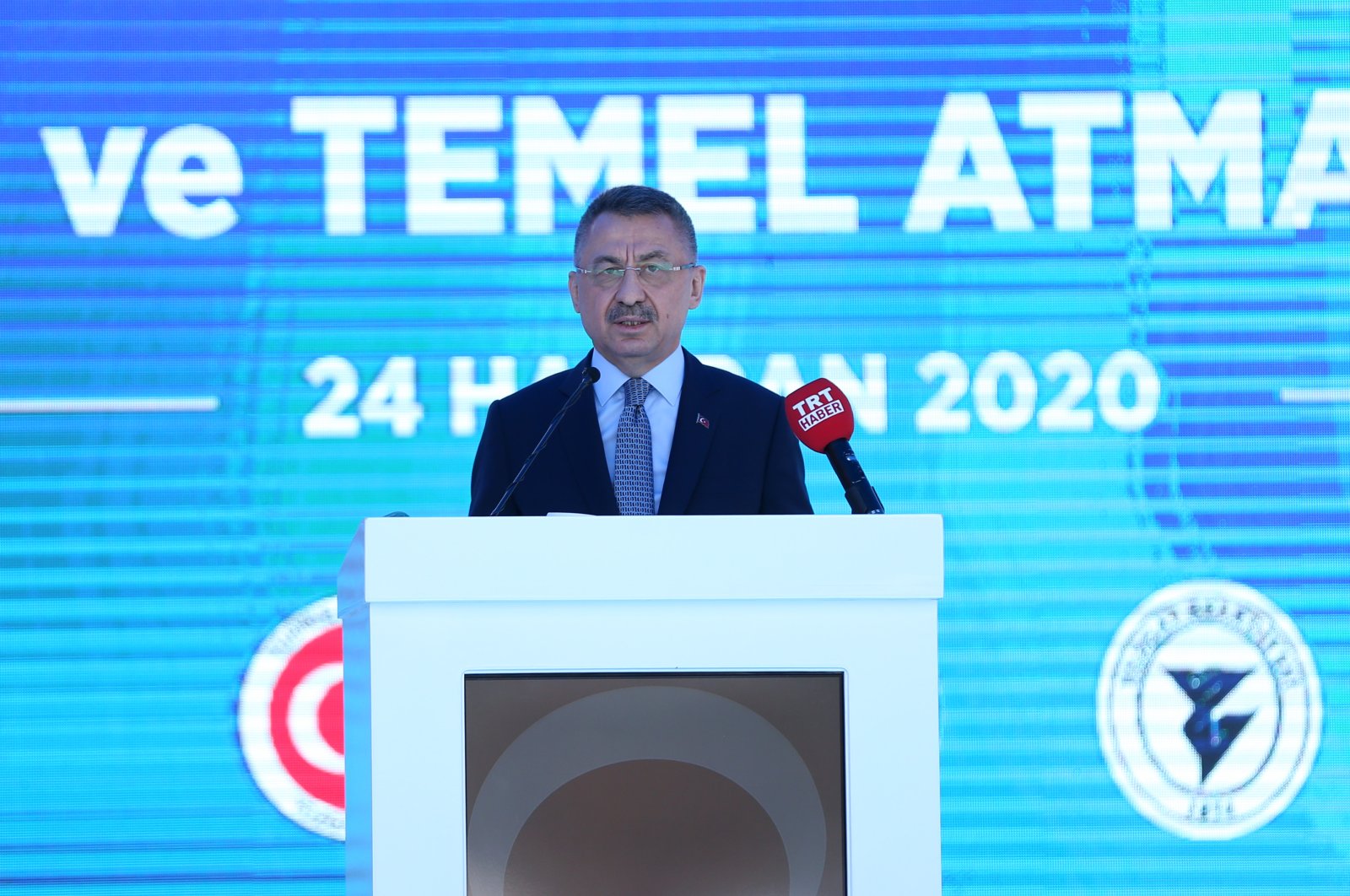 The vice president of Turkey on Wednesday underlined that international law would determine Libya's future, adding Turkey's support for the legitimate government has thwarted all games and traps in the country.

"Putschists should know that it will be on the legitimate basis of international law that will determine the future of peace in Libya," Fuat Oktay said, adding that with Tripoli's "decisive stance" and Turkey's support, all "games and traps have been thwarted."

Oktay said Turkey would back "its Libyan brothers until peace, tranquility and justice are established in the country."

He emphasized that those who until now "could not propose any approach toward resolution" to the conflict between the war-torn country's internationally recognized government and putschist Gen. Khalifa Haftar now "began to sound" as Haftar began to lose territory.

Libya has been torn by a civil war since the ouster of late ruler Moammar Gadhafi in 2011. The country's new government was founded in 2015 under a U.N.-led agreement, but efforts for a long-term political settlement failed due to a military offensive by Haftar's forces.