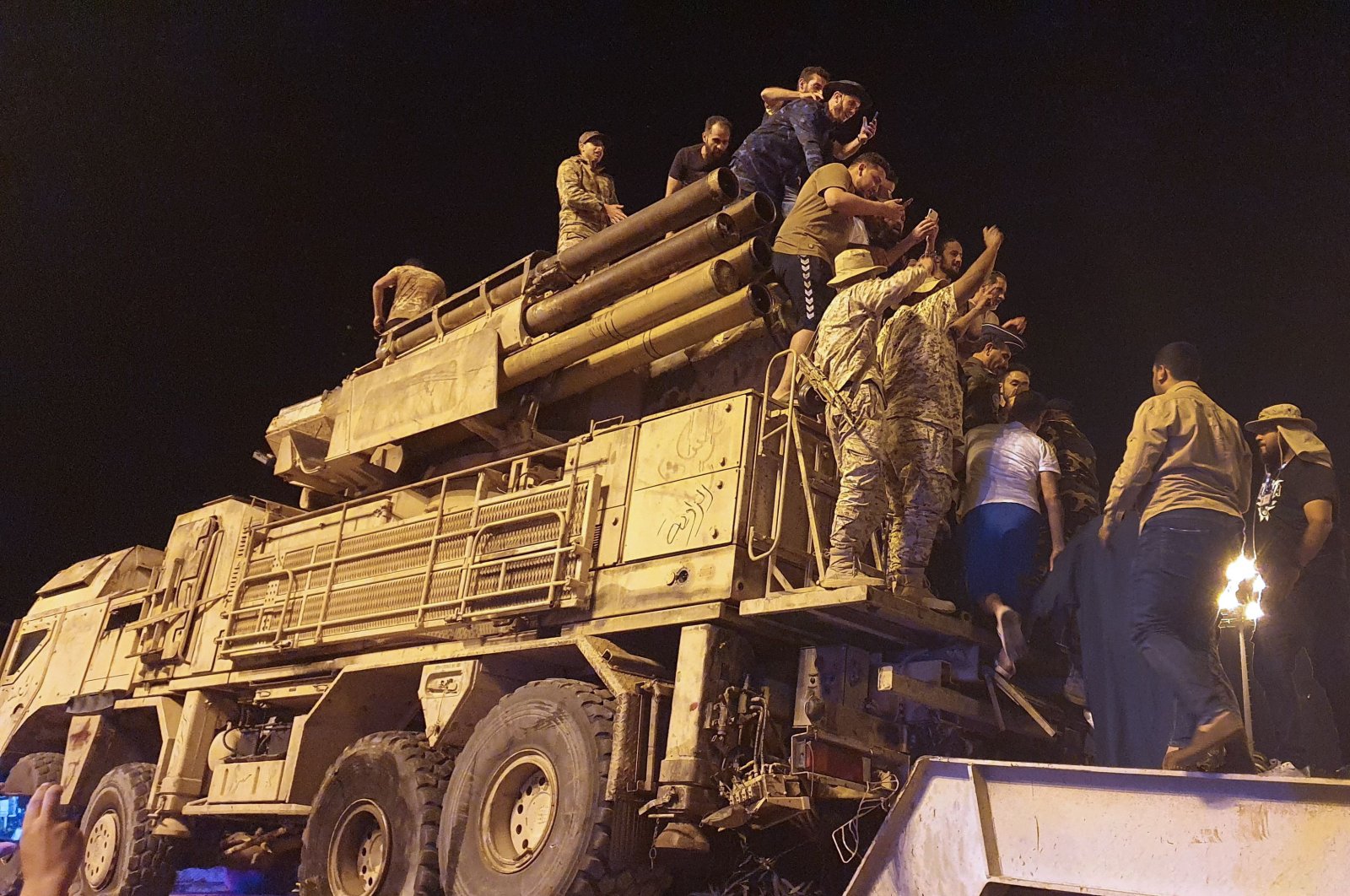 Forces loyal to Libya's UN-recognised Government of National Accord (GNA) parade a Pantsir air defense system truck in the capital Tripoli on May 20, 2020. (AFP Photo)
by Anadolu Agency May 24, 2020 8:29 pm

A local mayor in Libya said on Sunday that Russia's Wagner Group, which supported putschist Gen. Khalifa Haftar, has left the country.

Salem Alaywan, the mayor of the town of Bani Walid told a local television channel that three planes took off with Wagner elements.

Libya's government, which has been under attack by Haftar's forces since April 2019, launched Operation Peace Storm on March 26 to counter attacks on the capital Tripoli and other parts of northwest Libya.

Following the ousting of late ruler Moammar Gadhafi in 2011, Libya's government was founded in 2015 under a U.N.-led political agreement.