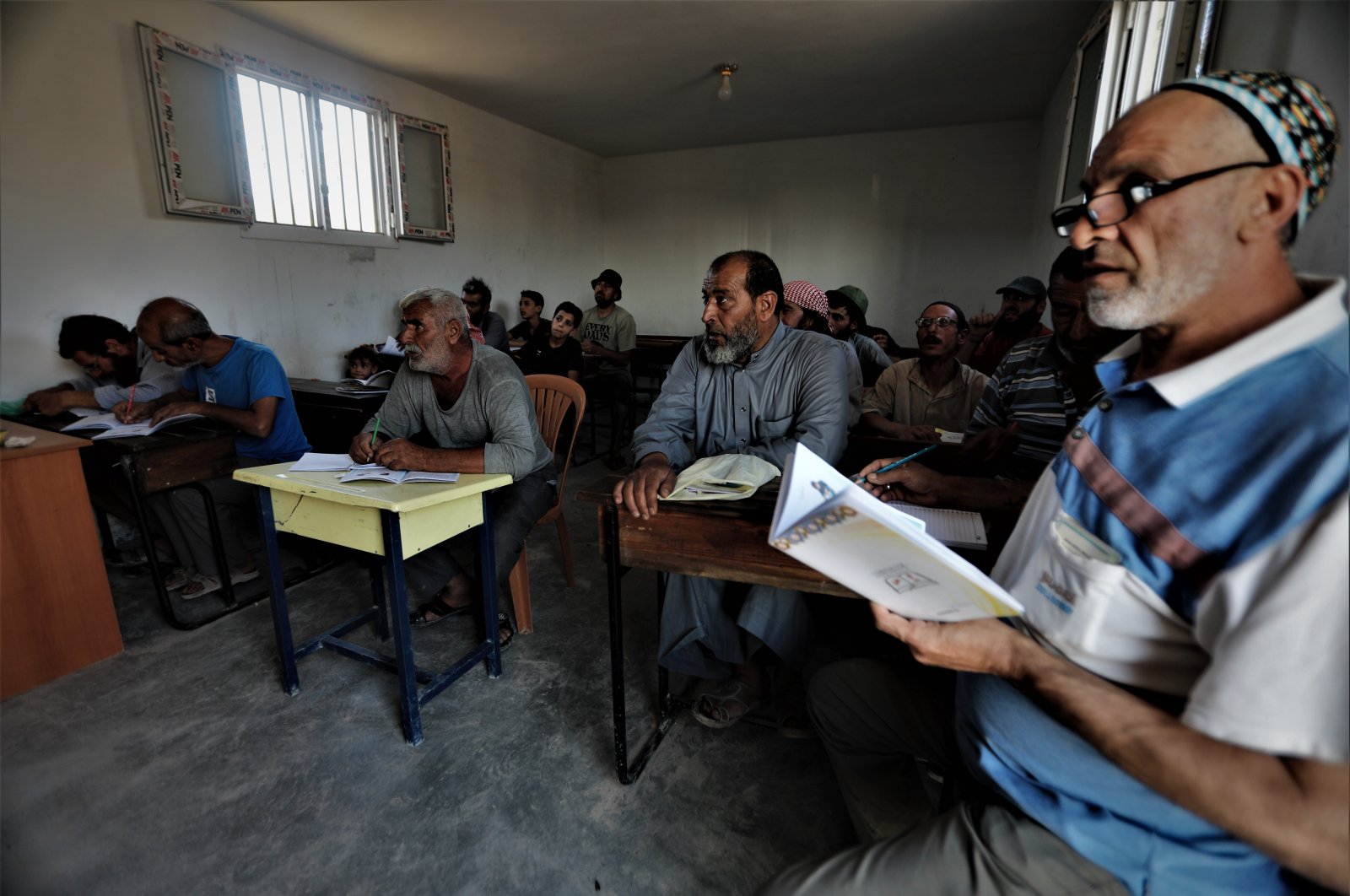 Some 11,000 adults have learned how to read in two months thanks to literacy courses being offered by the local council in northern Syria's al-Bab district located in the Operation Euphrates Shield region, which Turkey cleared of terrorism.

The local council in al-Bab, supported by Turkey, started a course for adults who could not read or write in the district in July. Some 11,000 people, mostly women, applied to the literacy centers opened at 16 points where the people of the region showed the most interest.

"Due to the attacks of the Assad regime, I migrated to Idlib with my three children and my wife, and then to the camps in the al-Bab region, which was cleared of terror with Operation Euphrates Shield," 53-year-old Hamali Muhammed Khalid, who attended the literacy course, told the Anadolu Agency (AA).

"I learned that the authorities opened a literacy course in the camp, so I applied for the course to help my children with their education. I immediately registered and enrolled in the course so that we could carry the training we received in the course to our home," he said.

Stating that he has made strong progress learning, Khalid said that he was unable to receive an education due to the difficulties he had in the past.

Halid Dib Ahmed, 56, said he was living in the center of Aleppo with his eight children when they were forced to migrate eight years ago. He has been living in camps around al-Bab for two years.

"Every person needs to know how to read some things, I didn't know anything. When I heard that a literacy course was being opened, I ran and applied. Thank goodness I started to learn. My family's situation was bad, I had to help them, I did not have the opportunity to get an education. I was feeling bad, my grandchildren, my children were all reading something, but I didn't know anything. Now I can read too," he said.

Seham Abdurrahman, 54, said: "I had to leave my house in Deir el-Zour five years ago. I have been living in this camp for more than four years. I attended a literacy course. I support my children and grandchildren in their education and pass on what I have learned."

More than 1,500 schools have been damaged in the civil war since 2011, according to data from the Syrian Network for Human Rights (SNHR).

With the support of Turkey, 700 schools were renovated and brought back into education in the regions cleared of terrorism with its Operation Euphrates Shield. While the traces of terrorism in the region have been erased, educational activities have also returned to normal thanks to the reconstruction of damaged schools and the opening of new institutions.

Based on Article 51 of the United Nations Charter, Turkey launched the operation on Aug. 24, 2016, using its right of self-defense to eradicate terrorist elements, primarily Daesh, which threatened its national security, and to provide border security in northern Syria.

Since 2016, Turkey has launched a trio of successful counterterrorism operations across its border in northern Syria – Euphrates Shield (2016), Olive Branch (2018) and Peace Spring (2019) – to prevent the formation of a terror corridor and enable the peaceful settlement of residents.