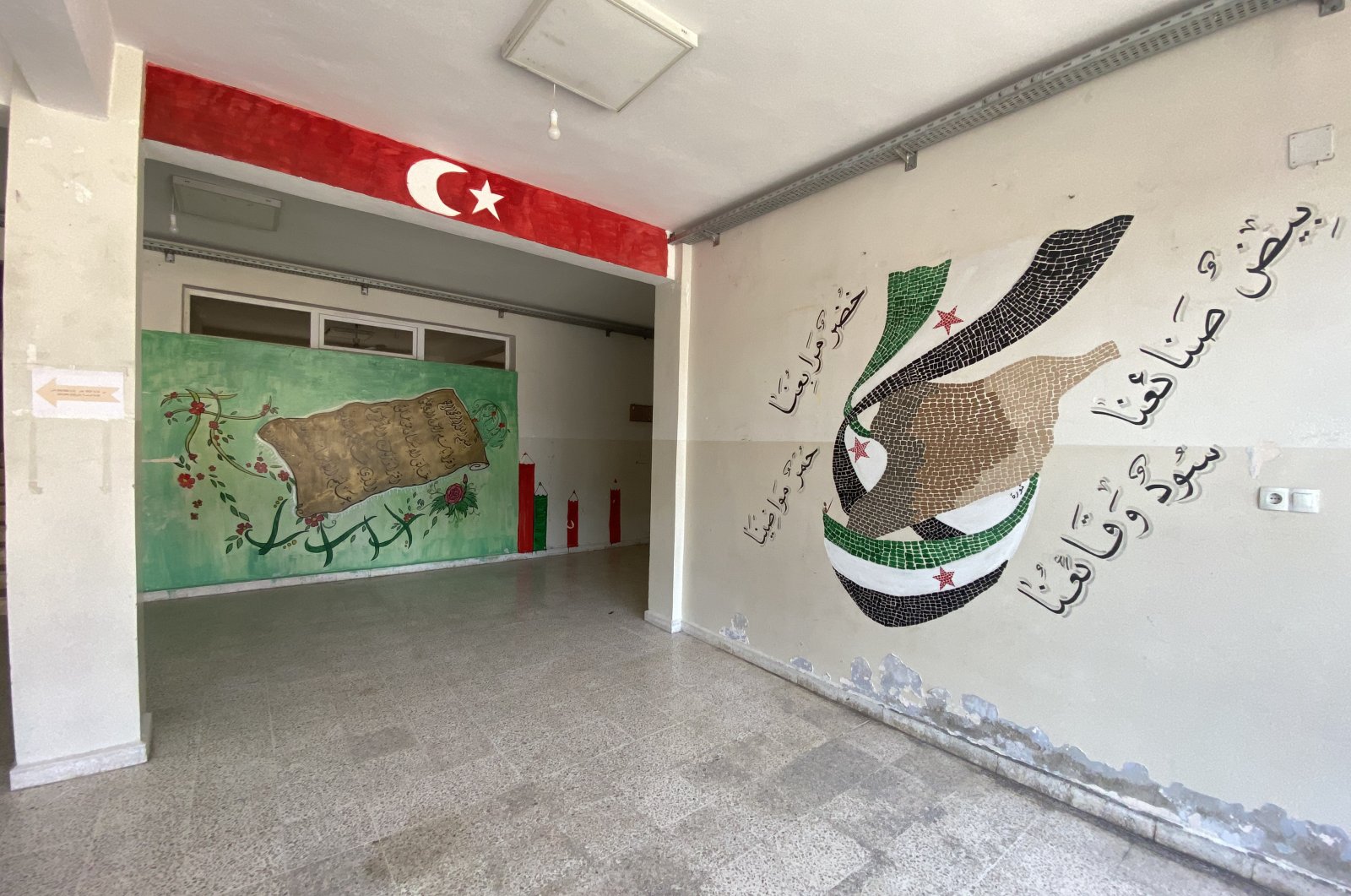 While the traces of terrorism in the region have been erased, educational activities have also returned to normal with the reconstruction of damaged schools and the opening of new institutions

It has been five years since Turkey launched its Operation Euphrates Shield against Daesh terrorist group elements in northern Syria. Since then, in the region that was cleared from terrorism, around 700 schools have been made ready for education, enabling people living in the region to access their right to education.

Based on Article 51 of the United Nations Charter, Turkey launched the operation on Aug. 24, 2016, using its right of self-defense to eradicate terrorist elements, primarily Daesh, which threatened its national security, and provide border security in northern Syria.

Turkey attaches great importance to ensuring that individuals living in areas that have been safely liberated from the occupation of terrorist groups in Syria have access to their right to education.

In the fifth year of the operation, with the support of Turkey, the traces of terrorism were erased in the region, and the quality of education increased during this period.

The idle schools in the region were renovated and repaired, and new schools were built in the regions where needed. In this context, around 200,000 students attended kindergarten, primary school, secondary school and high school classes last year in approximately 700 schools that were prepared for education with the support of the Ministry of National Education in the Euphrates Shield Operation region.

The curriculum determined by the Syrian Interim Government is being taught in schools where more than 8,500 teachers were employed in the academic year last year.

Gaziantep University carries out higher education activities in northern Syria with the presidential decree. In this direction, two faculties and one vocational school have been established in the Euphrates Shield Operation region within the university so far.

The units established were planned in line with the demands of the local councils and by taking into account the education and training needs in the region.

Also, with the decision with the signature of President Recep Tayyip Erdoğan, activities have started for the establishment of a medical school and a vocational school of health services in the town of Çobanbey in the north of Syria.

The health personnel who will be trained in the medical faculty will contribute to the services provided to the people of the region.

Bera Molla, one of the civilians in al-Bab, said in a statement to Anadolu Agency (AA) that education institutions prior to the operation had been badly damaged during the civil war, "After the Euphrates Shield Operation, the schools in the region were repaired and made ready for education. The quality of education increased with the support provided."

Emphasizing that the children who have been away from education are back at their school desks, Molla thanked everyone who contributed.

Ammar Kalef, a civilian from al-Bab, pointed out that education activities in schools stopped during the period of Daesh occupation before the operation.

"The schools in the district were used by terrorist organizations for different purposes. After the successful conclusion of the operation, the damaged schools were renovated and reopened," he said.

Zekeriya Ahmed, one of the civilians, stated that he was pleased with the educational opportunities provided, and said: "Our children had the opportunity to continue their unfinished education. Turkey accelerated the process even more with the support it gave to the local councils in the region. Before the operation, our children could not go to school. After the operation, the students who were away from education and just started school got a real education and diploma. We are pleased with the quality of education provided. We thank Turkey for its support."

Huseyin Ayid also said: "Daesh, which used schools for terrorist purposes, turned the school buildings into prisons and ammunition stores." Ayid thanked Turkey for its support of the education campaign.

Since 2016, Turkey has launched a trio of successful anti-terror operations across its border in northern Syria to prevent the formation of a terror corridor and enable the peaceful settlement of residents – namely, the Euphrates Shield (2016), Olive Branch (2018), and Peace Spring (2019) operations.