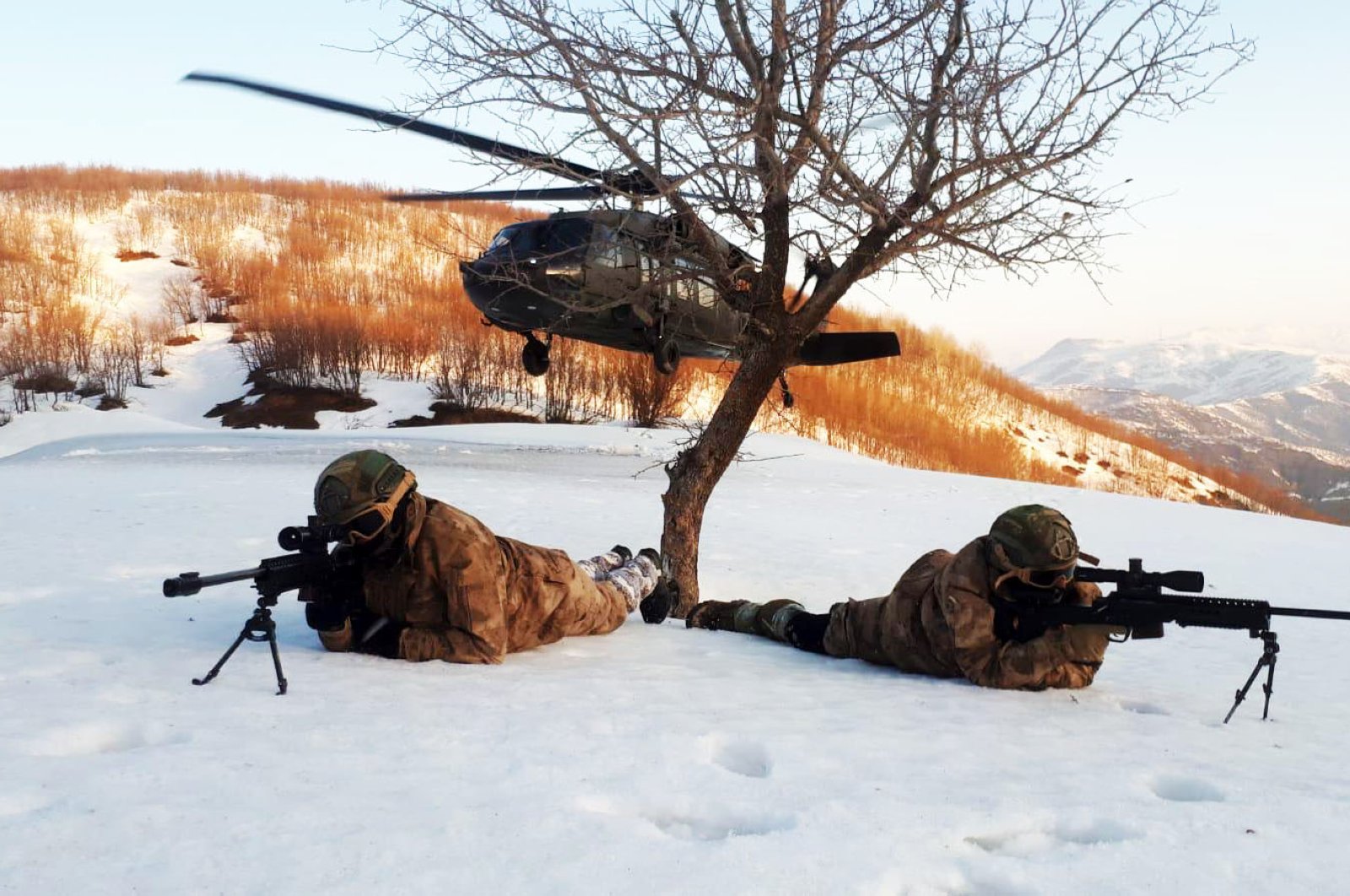 The Turkish military killed a total of 113 YPG/PKK terrorists in the first 10 days of March in northern Syria and Iraq.
Some 50 trying to infiltrate into the Operation Spring Shield area, 30 in Tal Rifaat area, seven in Operation Olive Branch area and 26 others in northern Iraq’s Qandil, Avaşin, Hakurk regions were killed in counterterrorism operations.

Turkish security forces regularly conduct counterterrorism operations in the eastern and southeastern provinces of Turkey, where the PKK terrorist group has attempted to establish a strong presence and base. The Turkish Armed Forces (TSK) also carries out cross-border operations in northern Iraq, a region where PKK terrorists have hideouts and bases from which they can carry out attacks on Turkey.
Over the course of its more than 30-year terror campaign against Turkey, the PKK – listed as a terrorist organization by Turkey, the U.S. and the EU – has been responsible for the deaths of some 40,000 people, including women, children and infants.